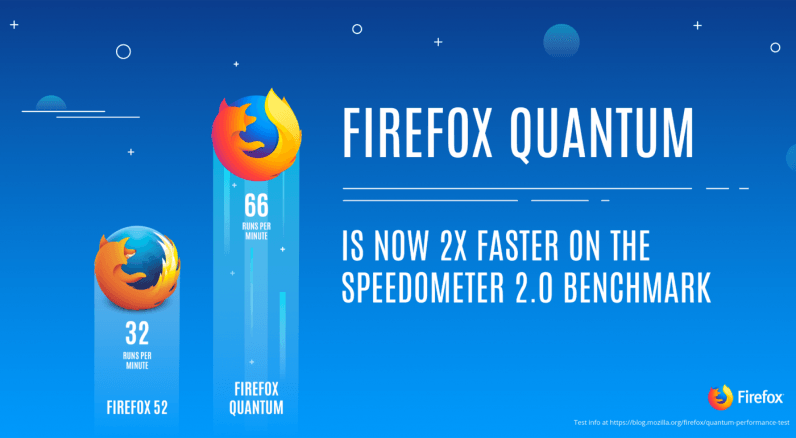 Mozilla today announced the beta release of Firefox Quantum for Enterprise, which lands on Wednesday. This is the latest and greatest version of the open source browser, but with several tweaks geared for business users.

The enterprise version of Firefox Quantum isn’t vastly dissimilar to the standard browser aimed at home users. What distinguishes this is the purported ease with which it can be configured and deployed across a company’s IT infrastructure.

Firefox Quantum for Enterprise comes with administrative controls baked-in, and allow administrators to deploy pre-configured versions of the browser. So, an administrator can ensure Firefox has certain features that could present a security risk (like add-ons) disabled, or set up a default proxy, or even package Firefox with a selection of add-ons and bookmarks.

Mozilla is touting integration with existing tools as an advantage. On Windows, administrators can create policies using Windows Group Policy. Alternatively, they can create a JSON document and include that in the Mozilla install directory. That method works on Windows, macOS, and Linux.

Firefox Quantum was released last November. When we reviewed it, we were impressed with its speed. Mozilla has made a lot of changes to Firefox Quantum that give it a decisive advantage over previous versions of the browser, and indeed other browsers entirely.

We also noted that Firefox Quantum comes from a non-profit that’s largely avoided the privacy scandals that have embroiled its larger rivals (naming no names).

In marketing Firefox Quantum for Enterprise, Mozilla is heavily leaning on these two things. It argues that employees who use Firefox Quantum will spend less time waiting for things to load, and will therefore be more productive. It is also heavily emphasizing the fact that Firefox is a privacy-first browser. In a press release, it said:

Out of respect for privacy, Firefox does not track user activity to target advertising as other browsers do. To further protect privacy, administrators and users can turn on Tracking Protection, which disables many invisible scripts that follow users from site to site. Tracking Protection also makes browsing the web significantly faster – cutting page load times in half on many sites. To help ensure security, Firefox Quantum sandboxes web page content, creating a boundary that protects your computer’s files and hardware from malicious websites.

It’s not clear how immediately successful Mozilla will be in this new push for the business browser market. For starters, companies are often tied into whatever is compatible with their existing IT infrastructure. Some older, legacy web applications require older browsers. It’s often as simple as that.

Also, Firefox Quantum for Enterprise is currently in beta. IT administrators are often very reticent to introduce bleeding-edge tech into the workplace.

These two hang-ups aside, it’s interesting to see Mozilla so aggressively pursue this new market. Competition is good, and I’m glad they’re shaking up the Microsoft/Google duopoly. Time will tell how successful they’ll be, however.

Read next: A look at the services changing how we interact with money