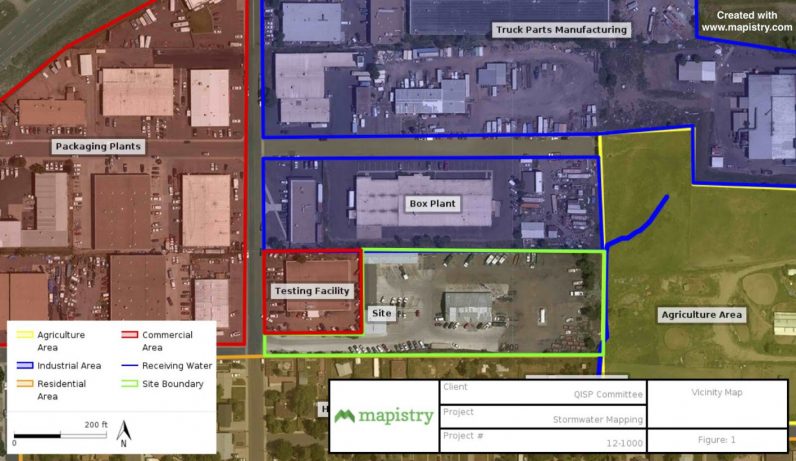 Some of the most intriguing technology products solve a problem that you’ve probably never thought of before. Take Mapistry, for example, which was founded by husband and wife duo, Allie and Ryan Janoch.

A major byproduct of any industrial activity is waste. Quite often, this is harmful to the environment, and needs to be handled carefully. Companies that fail to do this inevitably earn the ire of regulators like the EPA, who can bring about prosecutions and lawsuits, or impose crushing fines.

Mapistry essentially helps companies through this process, as explained by company CEO Allie Janoch. “We all care about protecting our environment, and to that end, the EPA has created rules that companies must follow to prevent pollution,” she explained.

“But like many regulations, these rules can be difficult to follow, so at Mapistry we make it easy. We guide our customers through each regulatory requirement, make sure they have completed it on time, identify violations in real time and help them resolve any violations quickly and cost-effectively. Our customers buy Mapistry to prevent pollution and to avoid fines and lawsuits.”

The idea for Mapistry crystallized when her husband, Ryan, a civil engineer, complained about the inherent complexity in most mapping software. The first attempt was a GIS mapping application that didn’t suck to use. This attempt was abandoned when it became clear that it wouldn’t work in an industry where most of their prospective customers already have a GIS department, or were consultants that charged by the hour (and therefore had no incentive to work efficiently).

So, they pivoted in favor of the more niche (but also more lucrative) stormwater pollution prevention plan (SWPPP) market. They took the code they already had, and augmented it to encompass this functionality.

“It was TurboTax for stormwater,” she said. “Crucial to making this work, California was releasing a new version of their stormwater regulations a few months after we would be ready to launch. We had a great couple of months, but after the big new deadline passed, sales ground to a halt. It turns out people only write new SWPPPs around deadlines”

Mapistry entered a prolonged drought of custom, and it was forced to lay off its workforce and rethink its business model. This lead it to focusing on the day-to-day compliance requirements, and not just the major rule changes that occur once every five years.

For Allie, what turned Mapistry into a success was sheer bloody-minded persistence. The company is now in its fourth year of operation. It survived.

“When we first started Mapistry, I asked myself every day ‘is this going to work?’,” she told me. “I would tell myself that it didn’t matter because I would learn something either way, but really, I was pretty worried.”

“Four years later, after many ups and downs, pivots, lay offs and hiring, failures to raise money and successes, we never gave up. In fact, it has never crossed my mind to throw in the towel.

When I look around at other startup founders I know who have shut down their companies, I often wonder if they gave up too quickly. I’ve come to believe that perseverance is one of the most important qualities that a founder must have, and I’m proud to say I’ve got it.”