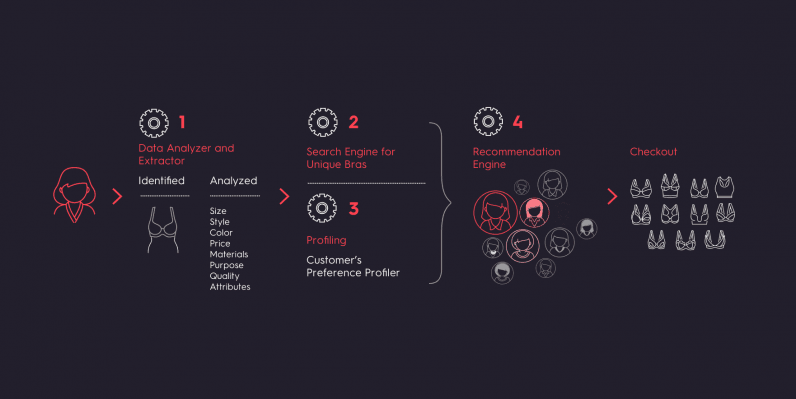 Orit Hashay, CEO of online lingerie retailer Brayola, grew up in an ultra-orthodox family in Petah Tivka, Israel. Her deeply religious upbringing was a million miles from New York City’s fast-paced startup world, but that didn’t stop her from launching a business that looks set to dominate a market projected to be worth $55 billion by 2024.

At 15, she left her ultra-orthodox world for a secular education. “I trained as a software developer and, over the course of 10 years, launched mit4mit, an Israeli consumer wedding services reviews site; Ramkol, Israel’s leading local reviews site; and Vetrinas, a virtual window on hundreds of stores worldwide,” she tells me

This journey took her to the next logical step in her entrepreneurship journey, and she joined Israeli VC firm Carmel Ventures (now Viola Ventures) as an investment manager. But her thirst for building products lead her to leave this position, and she quickly found herself behind the helm of Brayola.

“I founded Brayola when I was pregnant, my body was changing, and bra shopping was the last thing I wanted to do. With my software development background, I knew I could find a way to make bra shopping easier and more enjoyable for both myself and for millions of women around the world,” Hashay explained.

So, what’s Brayola? Essentially, it’s what happened if you replaced a bra fitter with a really smart computer algorithm, that’s able to take advantage of big data analytics.

“Brayola became the first online lingerie shop to match women with bras based on their personal sizes, tastes and styles,” Hashay said. The magic sauce is an algorithm that analyzes over 50 million points of data, in order to achieve the perfect fit. This, Hashay says, has allowed Brayola to achieve a return rate that’s 10 percent lower than the industry average.

Although Hashay isn’t a first-time founder, launching Brayola was still a challenging experience, not least because she went through several rounds of funding while in the midst of her pregnancy.

“I delivered decks to dozens of investors, I made an interesting observation: While the investors liked my ideas, they seemed preoccupied with the prospect of my motherhood and how it might change [my] priorities,” she said.

“They suggested I wait. I of course did not, and was able to move through two rounds of funding!”

Brayola looks set to have a landmark 2018. The company is in the middle of an aggressive expansion overseas, and is looking to move past lingerie. “Our goal is to master these news markets and continue to become a change maker in developing technology that caters to things women need,” she says.

The Brayola success story is still developing, but Hashay is unshakably confident. Her advice to other women founders? Be confident too, particularly when in the lion’s den of raising capital.

“As a woman pitching to (mostly male) VCs you need to have both guts and patience, be persistent and unafraid of shocking the audience,” she said.

“I’ll leave you with this: Yes, it will be difficult, but difficult does not mean impossible.”

The next generation of women tech engineers will start off as engineers, coders, and designers. To help bring more women into the tech world, consider making a donation to Girls Who Code, which funds summer programs and after-school clubs for teenage girls.

Read next: Bancor founder urges women to get into crypto to fix finance