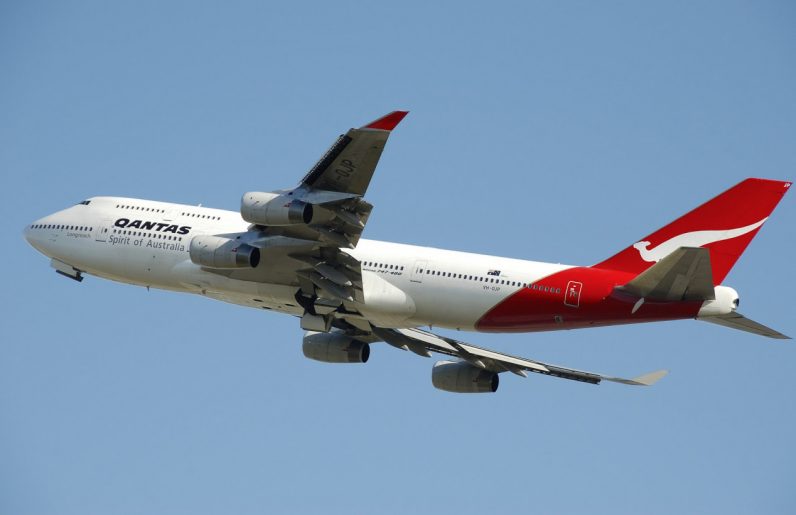 Staying connected from 33,000 ft is getting easier, according to the Routehappy 2018 Wi-Fi Report. Not only are more airlines installing Wi-Fi hardware onto their jets, but it’s also getting faster and more capable.

Almost half of all available seat miles (ASM, which is a unit of measurement that quantifies an airline’s passenger capacity) come with a chance of Wi-Fi access. 47 percent of all ASMs pack Wi-Fi, up 10 percent from the 2017 report.

Unsurprisingly, US airlines are at the front of offering Wi-Fi. 86 percent of miles flown with a US airline (like JetBlue, American, and United) comes with some form of Wi-Fi connectivity.

In addition to more aircraft carrying Wi-Fi equipment, the connections themselves are getting better. The number of air miles offering “best Wi-Fi,” which is defined as capable of supporting media streaming like Netflix, increased 129 percent from the 2017 report.

The report notes that aircraft offering “best Wi-Fi” might not necessarily permit the use of streaming services, even though their equipment supports it. Still, users will experience speeds that compare favorably with what they’d expect on the ground.

As a card-carrying member of the Internet Tribe, I feel as though I should be happier. Firstly, because this technology is fundamentally cool. The fact that I can tweet and e-mail while hurtling across the Atlantic Ocean in a metal tube is nothing short of miraculous.

Secondly, because the Internet can make flying measurably better. It means you can get shit done. If you’re going on holiday, you can polish a few items from your to-do list, allowing you to spend more time with your friends and family. And if you’re travelling alone on a long-haul flight, it means you can stay in contact with folks back on terra firma, making the entire experience feel less isolating.

But I do feel there’s something a little sad about losing one of the last few places free from the reaches of the Internet.

Most flights I take are Internet free; either because it’s not available, or I have no desire to spend €30 on 270MB of data (looking at you, Aer Lingus).

So, what do I do instead? I read entire books. I write longer, more thoughtful articles. I might watch a film uninterrupted by emails and tweets. As someone who flies regularly, I’ve come to regard my voyages as momentary Internet detoxes, and I appreciate them. When I’m separated from my distractions, I’m able to focus more.

And if you’re flying in the misery of coach class, it’s nice to know that everyone else is in the same boat, and the person next to you won’t start recording a Snapchat Story or something similarly annoying.

In-flight Wi-Fi is increasingly ubiquitous, and it’s getting cheaper. That’s because there’s a significant demand for it. I’m completely aware that luddites like myself are a vanishingly small minority. Trust me, I get that. If that wasn’t the case, airlines wouldn’t stump up the vast sums of money required to retrofit heavy receiver equipment onto existing aircraft.

Still, it feels like something is lost. I felt the same way when it was announced the London Underground would get full 4G coverage by 2019. It’s nice to think there’s somewhere you’re free from notifications, interruptions and Slack.

Oh well. Time to build myself a Faraday cage.

Read next: Bitcoin bleeds over news of US government subpoena