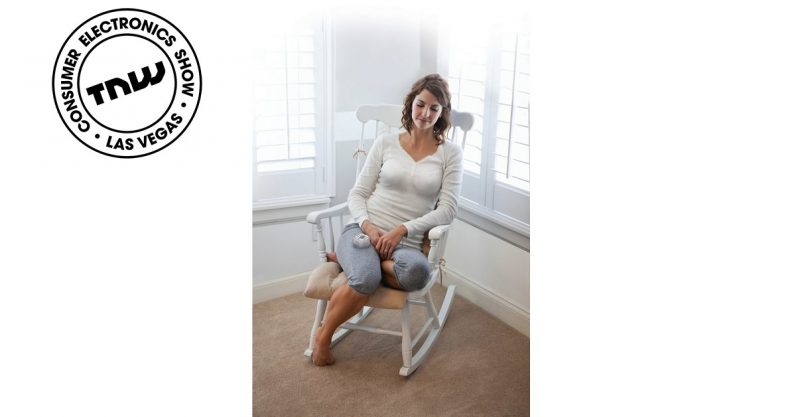 While a lot of CES’s flashier showings revolved around cars, or massive televisions, or VR, or robots, equally revolutionary are less-conspicuous bits of tech that aim to make life easier for a subset of users. Case in point, the Freemie Liberty breast pump, which debuted this year.

The Freemie Liberty pump, developed by Dao Health, is hands-free and is attached to a timer. Mothers can set the timer to pump, and it will stop when the timer runs out. This frees the mother up to do other things, though Dr. Stella Dao, the Freemie’s inventor, thinks it’ll most likely help mothers sleep: “We know that the normal release of hormones during the milk letdown reflex can make moms sleepy.”

The Liberty has a rechargable battery and is designed to be mobile, with a detachable belt clip to which the timer attaches. According to CNET, the pump is also very quiet.

While not a mother myself, I’ve heard from numerous women who have children that pumping breast milk is tiring and requires being hooked up to a machine for hours. It also requires the mother to be careful about how long they are attached to the machine — it’s not exactly a restful experience. According to Dan Garbez, CEO of Dao Health:

…one huge observation that struck us almost immediately is that desperately sleep deprived moms were forcing themselves to stay awake to pump because the equipment is held by hand. We knew we could do something really big to help. Now, with our cups and the new Freemie Liberty pump, moms can actually plan to take a nap while they pump.

The Liberty, if it works as intended, should allow mothers to catch up on much needed sleep. If I’m ever lucky enough to have kids of my own, I can tell you I’ll be grateful that something like this exists.

Dao Health says the Freemie Liberty will be available at select retailers by the end of March, for a price yet to be announced.

Read next: Keeping up with SEO in 2018: What you should focus on