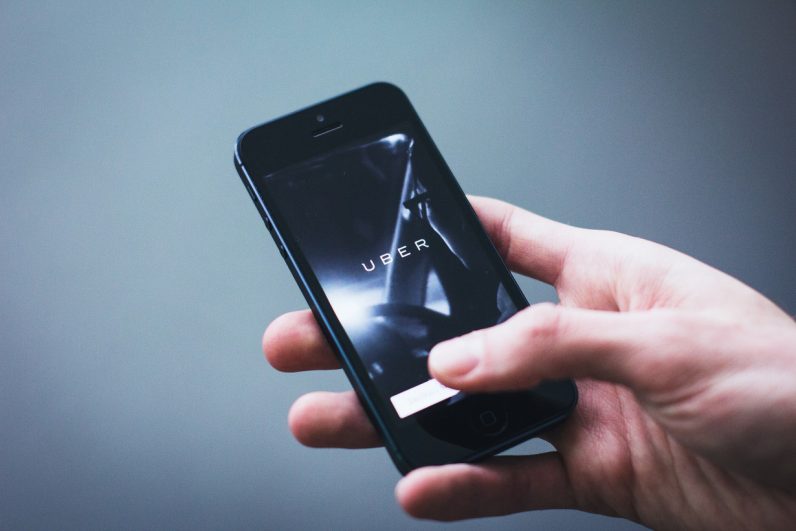 The year started with wide-scale boycotts of the service, and progressively got worse. The company found itself entangled in a discrimination controversy, saw its founder ousted as CEO, and towards the end of the year,it faced losing one of its biggest markets, as local authorities found Uber as not being “fit and proper” to hold a license.

Yeah. It was a rough year. So strap in as we pore through the wreckage. In the words of Malcolm Tucker, it’ll be like the Shawshank Redemption, except with more tunneling through shit, and no redemption.

On January 20, Donald John Trump was sworn in as President of the United States. Few saw this coming. Trump was an outsider, with views that (at the time) were perceived to be far out of the mainstream. For example: during his campaign, Trump said he wanted to implement a ban preventing Muslims from entering the United States.

On January 28 — over a week after he was sworn in — Trump got his wish and issued an executive order that banned citizens of seven muslim majority nations from travelling or emigrating to the US.

The outrage was immediate. Protests erupted at several major US airports, and the New York Taxi Workers Alliance instituted a temporary boycott of pickups at JFK Airport.

Uber, unfortunately, didn’t get the message. Not only did it continue to serve customers at JFK, but it also deactivated surge pricing — the controversial pricing mechanism that sees customers pay more at peak times.

Surge pricing has been turned off at #JFK Airport. This may result in longer wait times. Please be patient.

From a PR perspective, it was a massive own-goal for Uber, with catastrophic consequences for the company. Almost immediately, #DeleteUber began trending. It’s believed that in the weeks that followed, 200,000 people actually did. The company has yet to recover in two of its most vital markets: San Francisco and New York.

#DeleteUber was a boost for its competition though. In particular, Uber’s loss was Lyft’s gain, with the rival ridesharing service seeing a influx in users.

In the past, Uber seemed to have almost teflon qualities, with no controversy toxic enough to harm the company’s chances. But #DeleteUber was different. It was angrier, and better co-ordinated.

For the first time, social media turned against Uber, and from that point onwards, it didn’t look all that confident.

In the 3000-word post, she talked about how her superior sent her messages propositioning her for sex. Her retelling is harrowing:

“On my first official day rotating on the team, my new manager sent me a string of messages over company chat. He was in an open relationship, he said, and his girlfriend was having an easy time finding new partners but he wasn’t,” she wrote.

“He was trying to stay out of trouble at work, he said, but he couldn’t help getting in trouble, because he was looking for women to have sex with. It was clear that he was trying to get me to have sex with him, and it was so clearly out of line that I immediately took screenshots of these chat messages and reported him to HR.”

Unfortunately, HR failed to act. Because her manager was a high performer, he was let off with a slap on the wrist.

Overall, Fowler painted a picture of a deeply dysfunctional organization, and one that didn’t take seriously the concerns of its female employees. And for many, it reinforced the belief that Uber was a morally-bankrupt company. Once again, #DeleteUber began to trend.

Travis Kalanick is out

A few months after Fowler published her blog, Travis Kalanick left the company. It’s hard to pin his departure on a single event (although Fowler’s high-profile post did have something to do with it).

The truth is, Kalanick was a lightning rod for controversy. He was the posterchild for everything people saw wrong with Uber, and this was harming the company’s growth. Investors were increasingly unhappy with him; Travis had to go.

So, on June 21, 2017, Travis Kalanick officially departed the company. He remains on the Uber’s board of directors, but is no longer CEO.

After an agonizing wait, Uber finally found his replacement in Dara Khosrowshahi, who had previously found success as the CEO of Expedia — one of the largest online travel services in the world.

Khosrowshahi brought a touch of restraint to Uber. He also introduced a mode of transparency. For example, he brought to light an incident where Uber’s erstwhile leadership paid off hackers to delete data they’d stolen, in order to keep it quiet.

It’s hard to overstate how important London is to Uber. It’s a city where car ownership is out of reach for most; either due to the prohibitive cost of ownership, or because everyone lives cheek-to-jowl, and space is scarce.

Uber, therefore, offers a reasonably-priced alternative to owning your own motor. But late this year, London mayor Sadiq Khan said that it intended to refuse to renew Uber’s private hire license, as the company had not demonstrated that it was “fit and proper.”

The decision was a triumph for London’s embattled black “hackney” cabs, but it was disastrous for Uber, and also for the company’s estimated 40,000 drivers.

Uber is allowed to continue operations while it appeals the decision. I think, ultimately, Uber will be allowed to keep its license. I seriously doubt Khan will follow-through. If Khan does, he’ll essentially give the sack to 40,000 Londoners, many of whom bought expensive cars to work for the ridesharing giant.

However, Khan’s decision has emboldened other local authorities to take on Uber, and the contagion is widely felt. York council recently refused to renew London’s license. It also faces routine renewal hearings in other parts of the UK throughout 2018.

It seems likely that some councils, fuelled by populist sentiment, will take action. Sadiq Khan has set a bold precedent in the UK, and it’s likely others will follow suit. The band-aid has already been ripped off.

Uber’s rapid growth is partially because it’s a first-mover in the ridesharing space. It pretty much invented what we consider today to be ridesharing. It defined the paradigm.

Think about Uber’s competitors. Right, there’s Lyft. Anyone else? The few that have tried — Karhoo, Hailo — all crashed and burned spectacularly.

However, a few things happened this year that makes me think Uber’s monopoly status isn’t quite safe.

Firstly, Uber faces a strong threat from the East. In 2016, the company was booted out of China by local ridesharing titan Didi Chuxing. Uber ultimately tapped out of the Chinese market, and sold its operation to Didi.

But Didi isn’t content to stick to China. On December 7, 2017, Reuters exclusively reported that the company plans to enter Mexico next year.

It’s a smart move. Didi could thrive in Mexico, as it will enter the region with the experience of operating in a market where many lack access to financial services. That’s the kind of experience that Uber lacked.

But you also have to admire the cojones. It’s a damn bold move. Provocative, even. Didi has opened shop quite literally on Uber’s front door. And it makes you wonder where they’ll go next. London, maybe? Paris? How about San Francisco?

Moving on: This year, a glut of venture capital found its way to smaller ridesharing firms, who are rapidly expanding. The best known example is Estonian firm Taxify, which this year raised an undisclosed sum (believed to be eight figures) from Didi Chuxing.

Taxify previously focused on markets in Eastern Europe, Africa, and Central America. But with this extra cash burning a hole in its pocket, it set its eyes elsewhere.

It expanded to London (which lasted all of three days, as Taxify lacked the proper licensing. Oops), Paris, and most recently, Sydney.

Will Taxify manage to establish itself as a viable competitor to Uber? Who knows. Even if it fails, I wouldn’t be surprised if another ridesharing company comes out of the woodwork, with the goal of unseating the current number one.

I can’t state this enough. Uber’s always had rough years. That’s the nature of the business when you’re disrupting an industry that predates the internal combustion engine. But this year has been particularly bad. You know that because of all the things I left out. If I wrote a comprehensive list, it wouldn’t be a blog post. It’d be a book.

Yeah, it was a doozy of a year and Uber doesn’t look as cocksure as it once did. But perhaps the worst is behind it?

Excluding the Waymo drama, which looks set to drag on (Uber is now being investigated for criminal behavior), Uber has new leadership. It’s made efforts to address some of the biggest labour relations issues it faces. And overall, it seems to have grown up from its nascent “move fast and break things” stages.

Maybe 2018 will be the year when Uber turns things around? Only time will tell.

Read next: Big companies were increasingly obsessed with co-working spaces in 2017