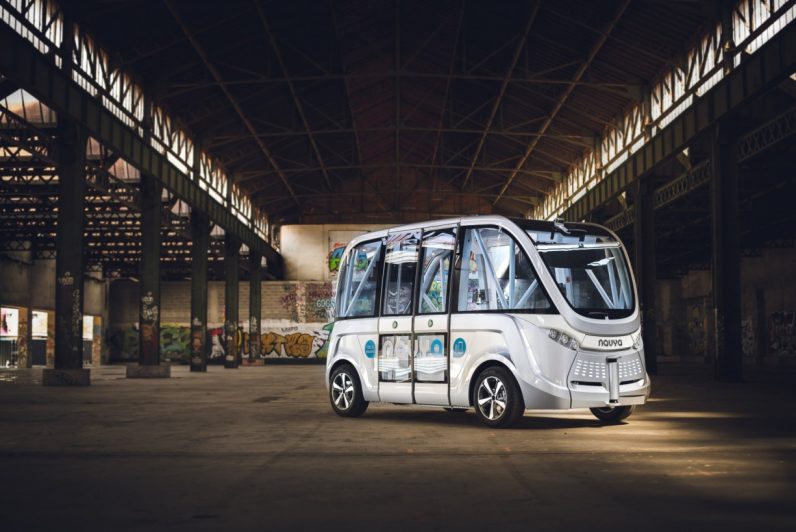 It’s been a mixed week for self-driving vehicles, after an autonomous bus in Las Vegas collided with a truck just two hours after it hit the streets.

The vehicle didn’t crash due to a software error. Rather, it was rear-ended by a human-driven truck. Fortunately the damage wasn’t too severe, with a city official describing it as a “fender bender.” There are no reports of any injuries or fatalities as a result of the crash, and the truck driver was lucky enough to walk away with a ticket.

Speaking to the BBC, Las Vegas public information officer Jace Radke said: “The shuttle did what it was supposed to do and stopped. Unfortunately the human element, the driver of the truck, didn’t stop.”

The bus comes from French company Navya, who we’ve written about previously. The vehicle seats up to 15 people at a time — making it much smaller than a standard bus. At the time of the crash, it was carrying “several passengers.” It also travels relatively slowly, with a max speed of 45kmph, although typically goes at 25kmph.

Ironically, the incident has served to highlight one of the best arguments in favor of self-driving cars: they’re safe. Unlike humans, they don’t get tired or get distracted. Autonomous busses can’t impair their abilities by drinking alcohol or taking drugs. And overall, they’re unbelievably cautious, and are hard-coded to drive within a set of parameters designed to ensure the safety of all passengers, and others on the road.

This tech can’t come soon enough. In 2016, 37,461 people died in car accidents, according to the National Highway Traffic Safety Administration (NHTSA). That’s fucking insane, and such a tragic waste of human life. And while I’m not naive enough to think that autonomous cars aren’t without their problems (especially when it comes to employment), I’m convinced it has the potential to save a lot of lives.