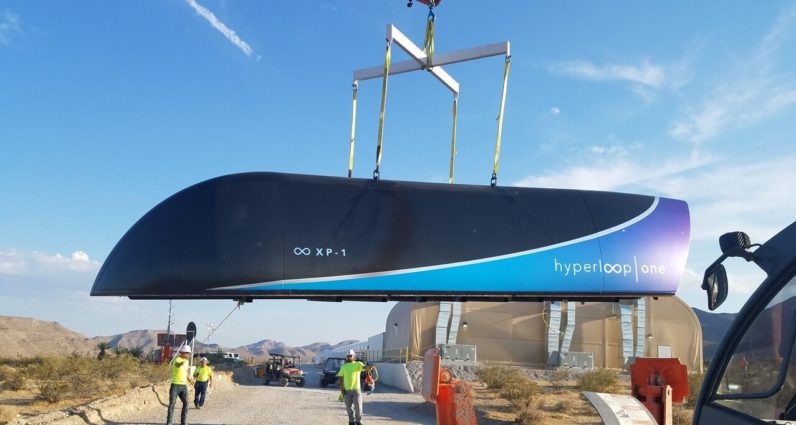 Hyperloop One just went from concept to reality – the transportation pod completed a full systems test on May 12th and, according to developers, it passed with flying colors. Hyperloop One is an avant-garde transportation technology that involves levitation, loops, and lots of speed.

A year ago we watched Hyperloop One’s proof-of-concept demonstration involving a sled-type device, but this time they’ve done what they were only talking about then. In the first phase of full-scale testing Hyperloop One used magnetic levitation to hover above its track and accelerate for 5.6 seconds. That may not seem like very long — but it was enough time to reach a speed of 70 MPH.

How fast is the Hyperloop?

In it’s first field demonstration it wouldn’t get a speeding ticket on most US interstates, but this is only the first of several planned systems tests. Those who feel the need for speed can look forward to the next testing phase when developers plan on reaching the 250 MPH mark. That’s faster than the speediest trains, and as quick as a Bugatti. The goal is to pass up airliners in speed and eventually hit 700 MPH.

Shervin Pishevar, co-founder and Executive Chairman of Hyperloop One says:

Hyperloop One will move people and things faster than at any other time in the world. With Hyperloop One, the world will be cleaner, safer and faster. It’s going to make the world a lot more efficient and will impact the ways our cities work, where we live and where we work. We’ll be able to move between cities as if cities themselves are metro stops.

Read next: I challenged my colleagues to pick a cheap phone for my boyfriend