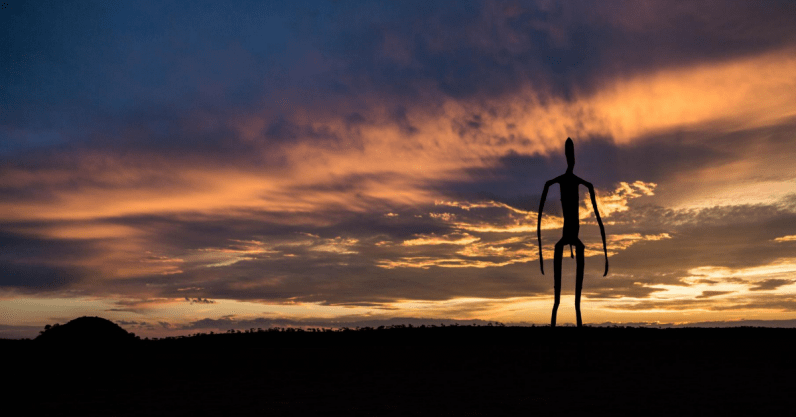 Human-alien hybrids fill science fiction stories, and the most famous of these is Mr. Spock from Star Trek — the logical science officer of the starship Enterprise. Seeing such real-life beings born from alien and human parents in the future, however, remains unlikely — but not impossible.

The time is approaching where our species will begin colonizing other planets and, perhaps, even finding intelligent life on distant worlds. Does this mean that it will be possible to live in a world in which humans and aliens live in harmony, fall in love, and have children, as we see in science fiction films and comics?

What would biology say about that?

To understand why aliens and humans wouldn’t probably be able to generate offspring, we need to review some biological concepts.

What makes a species?

It is intuitive for us to classify individuals based on their appearance. That’s how we differentiate a dog from a tree.

What separates species if not their physical appearance?

We separate species based on their reproductive compatibility. According to the biological definition of species, two organisms belong to the same species if they can interbreed to produce viable, fertile offspring.

To explore this concept a little further, let’s take the mule as an example — the offspring of a female horse and a male donkey. In this case, two different species generated a viable offspring. So why we still consider horses and donkeys different species?

The answer to that question is that the mule is infertile — it can’t generate its own offspring. Therefore, it didn’t meet all of the requirements for a successful reproduction: healthy, viable, and fertile.

“Because members of a species can interbreed, the species as a whole has a common gene pool, a collection of gene variants. On the other hand, genes are not exchanged between different species. Even if organisms of different species combine their DNA to make offspring, the offspring will be sterile, unable to pass on their genes,” the Khan Academy explains.

Speciation also has an important role in the evolutionary process. Different species have their own gene collection or gene pool.

This prevents the exchange of genes and maintains species separated from each other during evolution. This process explains why we have a great variety of living organisms, each one playing its role in the ecosystem. If it weren’t for speciation, we would still be unicellular organisms swimming in the ocean.

What prevents different species from reproducing?

In our world, significant barriers prevent different species from reproducing, including:

Prezygotic barriers are barriers that prevent different species from mating. We can have:

Those are barriers that prevent hybrid zygotes to develop into healthy, fertile adults. Sometimes, the mixture of the genetic material of the two species produces an abnormal genetic conformation in the zygote. The possibilities are:

However, although nature is unable to produce viable, fertile offspring from members of different species, technology might change these rules of the road for nature.

Editing of the human genetic code is one of the most highly-debated topics in science today. Nations around the world are dividing into those where these techniques are highly-regulated and those where researchers are less constrained.

Recently, controversial research was conducted in China, involving a technique that allows editing the genome. This technique is called CRISPR-Cas9 and makes it possible to play with DNA, removing undesirable characteristics, editing, or inserting characteristics that did not exist before.

The technique was used to generate a baby possibly immune to HIV. The scientist responsible for this, He Jiankui, was sentenced to prison for not respecting ethical standards in research.

Another researcher, Juan Carlos Izpisua Belmonte, injected monkey embryos with human cells, creating the first human-monkey embryo. The main point of the research was to explore the possibility to grow human organs on animals for future transplants.

“More babies produced using the CRISPR gene-editing technology are now planned by a scientist in Russia, where another researcher is also hoping to conduct the world’s first human head transplant. And Japan has recently lifted its own ban on human-animal hybrids,” David Lawrence writes for The Conversation.

What does this mean for the future of human-alien hybrids?

If we consider that humans and aliens are different species, natural reproduction would be unlikely for all the reasons already discussed. And, while artificial hybrids remain theoretically possible, these present significant technological, legal, and ethical challenges.

Coming from different planets, our two species would have evolved in radically different environments, so it would be very unlikely that alien life would resemble humans in most respects (although a few qualities might still be similar).

Even if we were physically “compatible”, perhaps our genetic material would be different, which would make it impossible to generate offspring. Or, these descendants would be infertile — like mules.

The only possibility for human evolution through alien hybrids would be through gene editing, but will it happen?

The laws of biology and chemistry make this a possibility seem unlikely, but to rule out human-alien hybrids forever would be — illogical.

Read next: 3 customer-focused strategies that helped the EU’s public transport withstand the pandemic