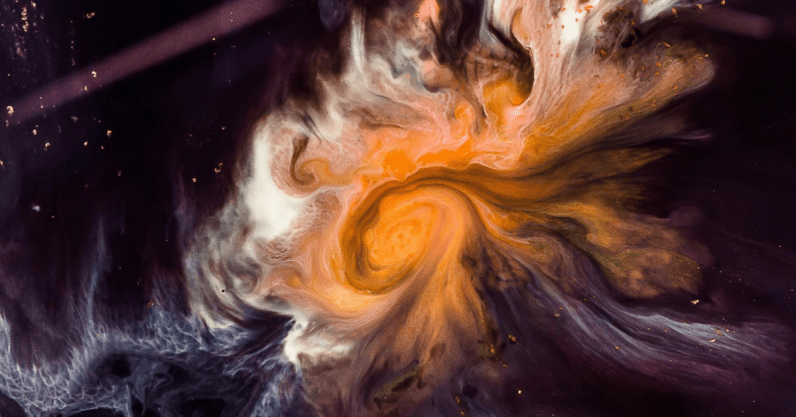 The cause of the Devonian period extinction 359 million years ago, ranked as one of the five great extinctions of life on Earth, remains a mystery. Now, a new study reveals the explosion of a nearby star may have triggered one of the greatest extinction events in the history of our planet.

The Devonian period began with nearly all the landmass in the world concentrated into two large supercontinents, Gondwana and Euramerica. These two bodies would later go on to form the single world-continent Pangea.

Tiny, rootless plants blew across the dry land. Over the course of 60 million years, this era saw the rise of the first plants with seeds, plants utilized true wood in their structures for the first time, and tiny wingless insects, similar to mites, first made their appearance. By the late Devonian, trees with true roots were thriving, and plants had evolved to reproduce through the spreading of seeds.

This would have required sunblock with SPF-two million

A supernova explosion, caused by the death of massive star 65 light years from Earth, appears to have decimated life on Earth during this era. Warm water marine life was most affected by the extinction-level event.

Deadly cosmic rays produced during the stellar eruption would have impacted Earth, tearing much of life asunder.

“Reef building sponges called stromatoporoids and corals suffered losses and stromatoporoids finally disappeared in the third extinction near the end of the Devonian. Brachiopods associated with reefs also became extinct. Groups of trilobites disappeared at each of the three extinctions and very few survived into the following Carboniferous Period,” the Sam Noble Museum reports.

Recent studies provide evidence of a loss of biodiversity and an extreme drop in the amount of ozone in the atmosphere of Earth at the tail end of the Devonian period. Life of this era experienced three extinctions during this time, each separated by 10 million years. The last of these is generally considered to be one of the five great extinction events.

Examination of rocks laid down in the geological layers marking the boundary of the Devonian and Carboniferous periods reveal evidence of extreme cases of sunburn seen in the fossils of plants of that era, suggesting a long-lasting period when the ozone layer of Earth, which protects us from ultraviolet light, was depleted.

“Earth-based catastrophes such as large-scale volcanism and global warming can destroy the ozone layer, too, but evidence for those is inconclusive for the time interval in question. Instead, we propose that one or more supernova explosions, about 65 light-years away from Earth, could have been responsible for the protracted loss of ozone,” Dr. Brian Fields of the University of Illinois, Urbana-Champaign stated.

There was supposed to be an Earth-shattering kaboom!

There are different forms of supernova explosions, and this event was the result of a supermassive red giant star collapsing in on itself at the end of its life. The best-known red giant star, Betelgeuse, recently went through a period of dimming. This event is now thought to be the result of the star releasing a cloud of material which temporarily blocked light from reaching Earth. Life on Earth cold be wiped out entirely by the explosion of a red giant star within 25 light years of our home planet. Fortunately for us, the nearest red giant, Gacrux, sits at a comfortable distance of 88 light years from our home world.

“…[O]ne of the closest supernova threats today is from the star Betelgeuse, which is over 600 light-years away and well outside of the kill distance of 25 light-years,” University of Illinois (U of I) graduate student Adrienne Ertel stated.

Ozone depletion can be the result of various environmental triggers, but other causes do not match with details seen in the geological record of the time. The research team explored the impact of meteorites, solar eruptions, and gamma ray bursts (GRB’s) on the environment of the ancient Earth. Virtual models revealed losses of ozone around the world.

“But these events end quickly and are unlikely to cause the long-lasting ozone depletion that happened at the end of the Devonian period,” Jesse Miller, a graduate student at the U of I stated.

Unlike these other events, supernovae deliver a powerful one-two punch that can devastate the environment. The initial explosion bathes our planet in ultraviolet radiation, X-rays and gamma rays. Then, a powerful blast of supernova debris slams into the Solar System, releasing a persistent display of cosmic rays that can flood Earth with radiation, destroying the ozone layer of the Earth for 100,000 years.

“Here we study an alternative possible cause for the postulated ozone drop: a nearby supernova explosion that could inflict damage by accelerating cosmic rays that can deliver ionizing radiation for up to [100,000 years]. We therefore propose that the end-Devonian extinctions were triggered by supernova explosions at [65 light years distance], somewhat beyond the ‘kill distance’ that would have precipitated a full mass extinction,” researchers wrote in the Proceedings of the National Academy of Sciences of the United States of America (PNAS).

Yes, we have no supernova today…

Extinction is the rule. Survival is the exception. ― Carl Sagan

Even this drawn-out apocalypse is dwarfed by the 300,000 year decline in biodiversity seen just prior to the extinction. This could suggest a series of supernovae may have affected Earth, shaping life forever. Recent studies suggest that supernovae tend to occur in clusters, providing evidence for this idea.

Such eruptions would deposit the radioactive isotopes plutonium-244 and samarium-146, which do not occur naturally on Earth, in rocks found at the geological boundary marking the end of the Devonian period.

If supported by further research, this new study could help researchers better understand the events that led to one of the greatest extinctions in the history of our planet.

Read next: A better approach to implementing dark mode on your website