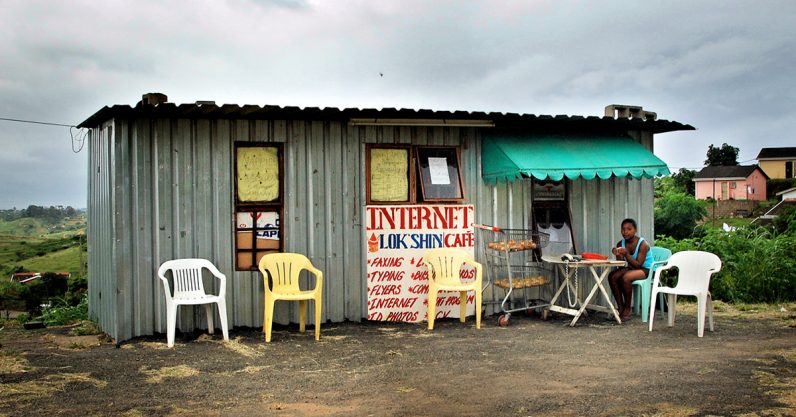 It’s broadly accepted that there’s a close relationship between development and access to information. One of the first economists to make the link was Amartya Sen, who won the Nobel Prize in 1998 for his contributions to welfare economics.

Increasingly over the past two decades, the internet has been a major factor affecting the right to development. The United Nations definition of this right is that:

Every human person and all peoples are entitled to participate in, contribute to, and enjoy economic, social, cultural and political development.

Today, all African countries have access to the internet, though the digital divide remains huge within and between countries.

In a recent research paper, one of us (Ilori), together with colleagues, examined the effect of network disruptions on human rights and democratic development in sub-Saharan Africa.

The paper concluded that internet shutdowns have impeded the right to development and posed threats to democratic development. It further identified possible remedial steps. These include interventions by courts on internet shutdowns, active participation of the private sector, and multi-stakeholder approaches. Combined, these can help ensure democratic governance on internet policy.

A history of shutdowns in Africa

Also referred to as network disruption, internet shutdown has been defined as

the intentional disruption of internet or electronic communications, rendering them inaccessible or effectively unusable for a specific population within a location.

The first case of internet shutdown in sub-Saharan Africa was in Guinea in 2007. In the intervening years, light has been shone on the devastating impact of shutdowns in the region.

Governments that have ordered internet shutdowns have cited several reasons. These have ranged from the need to ensure national security and public order, to preventing students from cheating during examinations.

But, as our research showed, governments, more often than not, shut down the internet to hide gross violations of human rights. This happens especially during important political events. And it is often to prevent citizen organizations and to restrict the flow of access to information. A recent example is Ethiopia where partial internet access was restored in mid-July 2020 after a two-week shutdown.

A 2019 research paper showed that out of the 22 countries that have disrupted access to the internet in Africa, 17 were authoritarian. These are defined as states in which power is concentrated in a few people and governments exercise political power arbitrarily. The remaining five were categorized as “hybrid regimes” – governments that have some elements of democracy but also have strong authoritarian practices.

The impact on rights

Our research showed how internet shutdowns affect civil and political as well as socio-economic rights. These include the rights to freedom of expression, access to information, association, peaceful assembly, political participation, mental and physical health and education.

We found that human rights law – as enshrined in African constitutions and international human rights law – were grossly violated. For example, between 2017 and 2018, the government of Cameroon disrupted internet access for more than 230 days in the anglophone region. This violated fundamental rights like freedom of expression, association, and assembly as provided for in the Constitution of Cameroon. It also goes against the United Nations Human Rights Council’s call on states to refrain from measures that prevent access to online information.

An example of how internet shutdowns have affected socio-economic rights was Somalia in 2017. During one three-week internet shutdown, critical medical paperwork couldn’t be delivered. Patients were unable to access health services as they were unable to complete online medical paperwork. There was also an obstruction to humanitarian assistance. The African Commission on Human and Peoples’ Rights special rapporteur on freedom of expression and access to information recently highlighted the importance of access to internet in the context of the Covid-19 pandemic.

The economic cost of internet shutdowns has also been found to be severe. According to the Collaboration on International ICT Policy for East and Southern Africa, the cumulative loss to internet shutdown in the region was US$237 million between 2015 and 2017.

Courts can play an important role in providing redress in relation to internet shutdowns.

Two examples illustrate this. One is Zimbabwe, where in January 2019 the High Court ruled that the government went beyond its powers in ordering an internet shutdown during a nationwide protest.

Also, in June 2020, the Court of Justice for the Economic Community of West African States (ECOWAS) ruled against the Togolese government’s internet shutdown in 2017. The court stated that the government had violated the rights of citizens who were protesting for constitutional reforms in the country.

In addition, the private sector, particularly internet service providers, need to be recognized as important actors. Another important player is civil society. A partnership between the two could provide both a stronger role against shutdowns. An example of this type of collaboration is the Global Network Initiative. This hosts private actors, civil society, and academia in a series of efforts to mainstream human rights into ICT policy.

State and non-state actors need to commit to a standardized set of rules on key thematic areas of digital rights in Africa that involves all stakeholders, including private businesses and civil society.

This article is republished by Tomiwa Ilori, Doctoral Candidate and Researcher at the Expression, Information and Digital Rights Unit of the Centre for Human Rights, University of Pretoria and Magnus Killander, Professor, Centre for Human Rights in the Faculty of Law, University of Pretoria from The Conversation under a Creative Commons license. Read the original article.