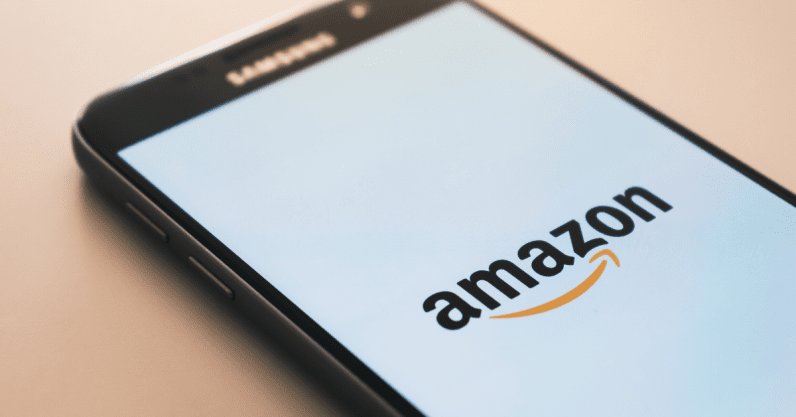 Rebecca Jones, of London, recently pulled up Amazon.co.uk to search for a phone adapter.

She was reading through the reviews for one she was considering buying, when suddenly she started noticing mentions of what a great taco holder the product was.

“The taco holder got great reviews, but there wasn’t much for my phone adapter,” said Jones by email. “You do sometimes see reviews for slightly different items appear on a listing, but this was definitely a new one for me.”

Jones had likely stumbled across something called “review hijacking”—a way that sellers can effectively steal reviews from older products in order to catapult their listing to the top of search results. Unscrupulous sellers have found a number of ways to take existing reviews and attach them to a new, unrelated product, betting that most shoppers will just give the page a glance and not notice that the five stars and glowing text are actually for a taco holder instead of a phone adapter.

For Jones, the out-of-place reviews gave her pause and ended up steering her away from the purchase.

“It made me laugh but it also made me suspicious of the seller and obviously I couldn’t trust that the product was any good,” she said.

The Markup reached out to the seller, “Wilma Marmon,” which lists its business address in Chengdu, China, for comment but did not get a response.

Trust is key for online marketplaces, but recently Amazon, which has generally enjoyed a high level of trust, suffered a number of conspicuous stumbles. There have been reports of everything from counterfeit goods to recalled products to expired food found for sale on the platform. An investigation by The Markup found nearly 100 banned items that had slipped past Amazon security, revealing flaws in how Amazon polices its platform for fraud and abuse.

“In 2019, we invested over $500 million and have more than 8,000 employees protecting our store from fraud and abuse. We have robust proactive and reactive systems in place to protect our store and our customers.” Graham also noted that the company uses a combination of machine learning tools and human investigators to analyze millions of reviews per week, with a goal of stopping fake reviews before they are published.

Review hijacking is just one of many ways unscrupulous sellers get around Amazon’s safeguards in order to make their products look trustworthy. Recognizing shady product reviews isn’t always possible, but understanding how Amazon works helps—so here’s a little primer on Amazon’s ecosystem and some tips for spotting those fakes.

Reviews are the oil that keeps the gears of the Amazon machine turning. A 2020 survey of 2,000 Amazon shoppers conducted by e-commerce strategy firm Tinuiti found that the number of reviews was the most important factor for shoppers, after price and shipping, when making a purchase.

Because reviews are so important, there’s a cottage industry to quickly get those first reviews written for a new product listing.

One common technique is for a seller to offer free or discounted products in exchange for positive reviews. This sort of undisclosed incentivized reviewing was banned from Amazon in 2016 but is still widely facilitated by groups on Facebook with names like “Amazon Review Club” and “Amazon Free Products.”

David Gasser runs the Amazon Review Club group, which currently has 1,500 members. Gasser sees no problem in matching up sellers who need reviews with reviewers who want discounts, describing it, in an email, as a “a win-win situation.” Gasser said the only problem with what his group is facilitating is “if the reviews do not represent the true opinion of the reviewer. This should be avoided. In reality, however, it is difficult to do so.”

He said Facebook had previously deleted a similar group he ran that had almost 200,000 members at the time. The Markup reached out to the owners of Amazon Free Products but did not receive a response.

Amazon spokesperson Patrick Graham said that the company “proactively works with social media sites to report bad actors who are cultivating abusive reviews outside our store, and we’ve sued thousands of bad actors for attempting to abuse our reviews systems.”

Here’s how it works: A buyer is offered a selection of products that need reviews. The seller (or review broker) offers specific instructions for how the buyer should find the product on Amazon to evade fraud detection, then the buyer purchases the product.

Once the positive review is posted, the cost of the product is reimbursed to the buyer through a payment platform, often with a small bonus for the reviewer. When the review appears, it gets a reassuring “Verified Purchase” label.

Then there are various versions of review hijacking, like the one Jones experienced with the taco holder. This is common in cases of counterfeit goods, where an unscrupulous seller wants to sell a knock-off version of an established, and well-reviewed, product and take advantage of the existing reviews.

It is also possible for sellers to claim older, inactive product listings as their own, including the reviews. As a seller, you can search the Amazon catalog and create an “offer” for a product that is no longer in stock. It’s possible to then change the product name, description, and photos. The Verge reported that sellers were even using this hijacking technique on Amazon’s own brand listings.

Sellers also can also create illegitimate “variations” on a product: In the seller tools, a variation would normally be used to create an alternate size or color of the product for sale, but they can be misused to insert an unrelated product, which would still benefit from the original item’s review and ratings history.

Amazon’s Graham said that the company “groups variations (e.g., different colors, sizes) and merges duplicates of the same product onto one detail page so customers have an easy and intuitive shopping experience.” He added that the company takes enforcement actions against the listings and sellers when they detect “abusive grouping.”

Reviews are one thing, but those star ratings that appear next to a product are another. In October 2019, Amazon changed the label next to the stars in product listings from “customer reviews” to “ratings.” The distinction may seem subtle, but it signified a big change in how customer feedback is recorded and measured.

The change lets a customer give a one-tap rating to an item. While this change makes it easier for customers to quickly rate a product once purchased, it also makes it hard to know where the ratings are coming from, since there is no way to connect a star rating to a purchaser.

This is a move away from transparency according to Tommy Noonan, founder of ReviewMeta, a review analysis site. “They are making it more obfuscated and hidden and harder for the average Joe.”

For example, Noonan said he recently saw a “posture corrector” brace that showed it had earned five stars and “3,600 ratings.” But clicking through to “See all reviews from the United States” through a link at the bottom of the page, there were only 15 written reviews. After we shared this listing with Amazon, all of the reviews and ratings were removed.

“Because they are lightweight and easy to provide, many more purchasers are willing to provide their feedback. As a result our ratings reflect the experiences of more customers,” he said. He also noted that Amazon only includes one-tap ratings associated with verified purchases in the overall star rating for a product.

Some tips on how to spot fakes

Pay more attention to reviews, less to the star rating
Remember, reviews can be linked to a profile, but star counts are not transparent. Read a sample of both positive and negative reviews.

Sort by “most recent” reviews
Don’t depend on the default curated “top” reviews. “That top critical review can be curated by the seller,” says ReviewMeta’s Noonan. Amazon’s Graham says the company uses machine learning to detect manipulation of votes for top reviews, and that the company will “ban vendors, sellers, and reviewers who are found to be out of compliance with our policies.”

Don’t read too much into photos or videos
In an attempt to make improperly incentivized reviews appear more legitimate, Noonan says, some sellers tell paid reviewers to include photos or videos. If a product has a lot of reviews with videos and photos, that’s unusual, he says.

Check some review sites
You can look up most items on two popular review sites, Fakespot and ReviewMeta, which make an attempt at detecting authentic reviews versus fraudulent ones. Both sites let you paste in an Amazon product listing URL and get an independent analysis of the reviews.

This article was originally published on The Markup by Jon Keegan and was republished under the Creative Commons Attribution-NonCommercial-NoDerivatives license.