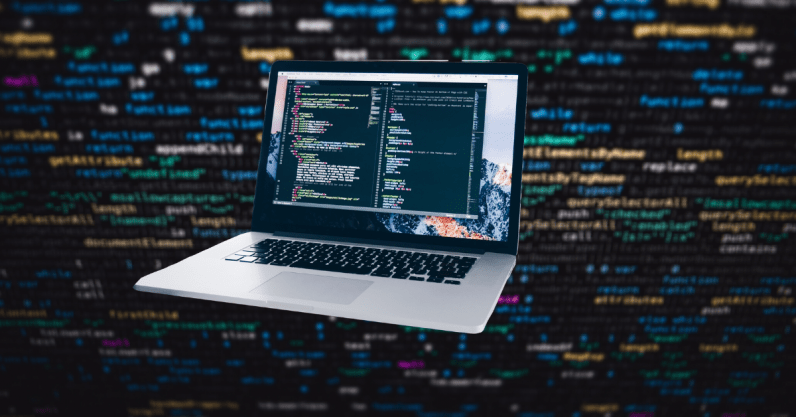 Web scraping has been used to extract data from websites almost from the time the World Wide Web was born. In the early days, scraping was mainly done on static pages – those with known elements, tags, and data.

More recently, however, advanced technologies in web development have made the task a bit more difficult. In this article, we’ll explore how we might go about scraping data in the case that new technology and other factors prevent standard scraping.

As most websites produce pages meant for human readability rather than automated reading, web scraping mainly consisted of programmatically digesting a web page’s mark-up data (think right-click, View Source), then detecting static patterns in that data that would allow the program to “read” various pieces of information and save it to a file or a database.

If report data were to be found, often, the data would be accessible by passing either form variables or parameters with the URL. For example:

Python has become one of the most popular web scraping languages due in part to the various web libraries that have been created for it. One popular library,Beautiful Soup, is designed to pull data out of HTML and XML files by allowing searching, navigating, and modifying tags (i.e., the parse tree).

Recently, I had a scraping project that seemed pretty straightforward and I was fully prepared to use traditional scraping to handle it. But as I got further into it, I found obstacles that could not be overcome with traditional methods.

Three main issues prevented me from my standard scraping methods:

So, I decided to abandon my traditional methods and look at a possible tool for browser-based scraping. This would work differently than normal – instead of going directly to a page, downloading the parse tree, and pulling out data elements, I would instead “act like a human” and use a browser to get to the page I needed, then scrape the data – thus, bypassing the need to deal with the barriers mentioned.

In general,Seleniumis well-known as an open-source testing framework for web applications – enablingQA specialiststo perform automated tests, execute playbacks, and implement remote control functionality (allowing many browser instances for load testing and multiple browser types). In my case, this seemed like it could be useful.

My go-to language for web scraping is Python, as it has well-integrated libraries that can generally handle all of the functionality required. And sure enough, aSelenium libraryexists for Python. This would allow me to instantiate a “browser” – Chrome, Firefox, IE, etc. – then pretend I was using the browser myself to gain access to the data I was looking for. And if I didn’t want the browser to actually appear, I could create the browser in “headless” mode, making it invisible to any user.

To start experimenting, I needed to set up my project and get everything I needed. I used a Windows 10 machine and made sure I had a relatively updated Python version (it was v. 3.7.3). I created a blank Python script, then loaded the libraries I thought might be required, using PIP (package installer for Python) if I didn’t already have the library loaded. These are the main libraries I started with:

I also added some calling parameters to the script (using the argparse library) so that I could play around with various datasets, calling the script from the command line with different options. Those included Customer ID, from- month/year, and to-month/year.

The first choice I needed to make was which browser I was going to tell Selenium to use. As I generally use Chrome, and it’s built on the open-source Chromium project (also used by Edge, Opera, and Amazon Silk browsers), I figured I would try that first.

I was able to start up Chrome in the script by adding the library components I needed, then issuing a couple of simple commands:

Since I didn’t launch the browser in headless mode, the browser actually appeared and I could see what it was doing. It immediately asked me to select a certificate (which I had installed earlier).

The first problem to tackle was the certificate. How to select the proper one and accept it in order to get into the website? In my first test of the script, I got this prompt:

This wasn’t good. I did not want to manually click the OK button each time I ran my script.

As it turns out, I was able to find a workaround for this – without programming. While I had hoped that Chrome had the ability to pass a certificate name on startup, that feature did not exist. However, Chrome does have the ability to autoselect a certificate if a certain entry exists in your Windows registry. You can set it to select the first certificate it sees, or else be more specific. Since I only had one certificate loaded, I used the generic format.

Thus, with that set, when I told Selenium to launch Chrome and a certificate prompt came up, Chrome would “AutoSelect” the certificate and continue on.

Okay, so now I was in the site and a form appeared, prompting me to type in the customer ID and the date range of the report.

By examining the form in developer tools (F12), I noticed that the form was presented within an iframe. So, before I could start filling in the form, I needed to “switch” to the proper iframe where the form existed. To do this, I invoked Selenium’s switch-to feature, like so:

Good, so now in the right frame, I was able to determine the components, populate the customer ID field, and select the date drop-downs:

The only thing left on the form was to “click” the Find button, so it would begin the search. This was a little tricky as the Find button seemed to be controlled by JavaScript and wasn’t a normal “Submit” type button. Inspecting it in developer tools, I found the button image and was able to get the XPath of it, by right-clicking.

Then, armed with this information, I found the element on the page, then clicked it.

And voilà, the form was submitted and the data appeared! Now, I could just scrape all of the data on the result page and save it as required. Or could I?

First, I had to handle the case where the search found nothing. That was pretty straightforward. It would display a message on the search form without leaving it, something like“No records found.”I simply searched for that string and stopped right there if I found it.

But if results did come, the data was presented in divs with a plus sign (+) to open a transaction and show all of its detail. An opened transaction showed a minus sign (-) which when clicked would close the div. Clicking a plus sign would call a URL to open its div and close any open one.

Thus, it was necessary to find any plus signs on the page, gather the URL next to each one, then loop through each to get all data for every transaction.

In the above code, the fields I retrieved were the transaction type and the status, then added to a count to determine how many transactions fit the rules that were specified. However, I could have retrieved other fields within the transaction detail, like date and time, subtype, etc.

For this project, the count was returned back to a calling application. However, it and other scraped data could have been stored in a flat file or a database as well.

Numerous other obstacles might be presented while scraping modern websites with your own browser instance, but most can be resolved. Here are a few:

For simple prompts (like “what’s 2 + 3?”), these can generally be read and figured out easily. However, for more advanced barriers, there are libraries that can help try to crack it. Some examples are2Captcha,Death by Captcha, andBypass Captcha.

This was a brief demonstration to show that almost any website can be scraped, no matter what technologies are used and what complexities are involved. Basically, if you can browse the site yourself, it generally can be scraped.

Now, as a caveat, it does not mean that every websiteshouldbe scraped. Some have legitimate restrictions in place, and there have been numerouscourt casesdeciding the legality of scraping certain sites. On the other hand, some sites welcome and encourage data to be retrieved from their website and in some cases provide an API to make things easier.

Either way, it’s best to check with the terms and conditions before starting any project. But if you do go ahead, be assured that you can get the job done.

Read next: This free Android app reveals when other apps secretly use your mic and camera