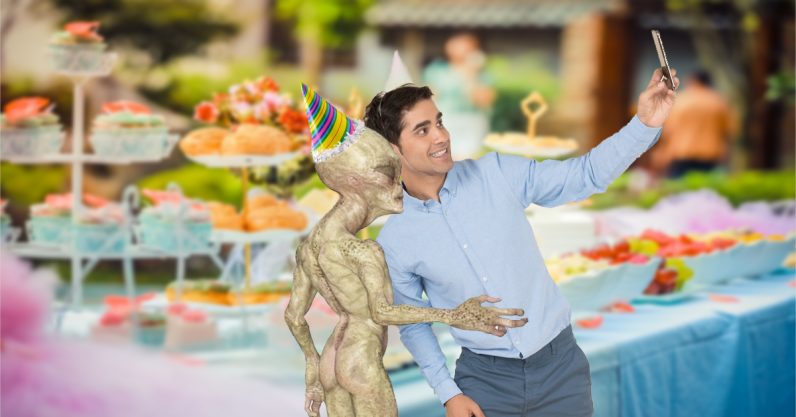 How we will find extraterrestrial life is just as important of a question as to when we will find the first alien life.

Finding extraterrestrial life is not just a question of WHEN we will find the first life off the Earth, but HOW we will find it.

We already know of more than 4,000 planets orbiting other stars, and that number will greatly increase in the coming years and decades as revolutionary instruments set their sights on alien worlds.

A new study suggests that up to one-quarter of all exoplanets slightly larger than Earth could house liquid water on their surface. Many exoplanets are now known to have atmospheres, and temperatures conducive to life, although finding all these desired qualities in the same world remains rare.

There are three likely possibilities for the first contact to be established and each scenario comes with its own opportunities and pitfalls.

[Read: We won’t reach other solar systems for a while — robots could visit them first]

“To serve man? They sound friendly!”

Without a doubt, aliens landing on Main Street, asking for the planet’s leader would leave little room for doubt as to their existence.

This scenario is also the least likely to happen — space is big, and traveling through space is limited to the speed of light (although warping space may actually be possible). So in-person (in-alien?) meetings are not likely to be common.

The greatest effort so far in the search for extraterrestrial intelligence (SETI) is through radio telescopes.

Any civilization as advanced as we are will almost certainly be broadcasting radio waves to space. While some of these may be intentionally sent to attract other civilizations (as seen in Contact), there also exists the possibility that extraterrestrial radio or television (or, perhaps, video meetings) are leaking to space, waiting to be picked up by detectors here on Earth.

Such a finding would be fairly good proof that other intelligent species arose on another world.

But, such a technological signal could only come from a species that developed radio technology. Simple lifeforms are not likely to broadcast radio waves. But, that doesn’t mean they can’t change their planet.

This one’s a gas!

The most likely scenario for humans to find life elsewhere in the Universe to find telltale signs of life in the atmospheres of worlds orbiting distant stars. Life existed for hundreds of millions of years on Earth before humans evolved and started building radio telescopes.

If astronomers are able to show the chemical makeup of a planetary atmosphere is unlikely from simple chemical reactions, then life may be found on that world. This is the only scenario that allows us to find life on worlds without a technological civilization.

In the video above, you can look at how the James Webb Space Telescope will explore atmospheres of distant planets. (Video credit: NASA)

For now, such studies are at the cutting edge of exoplanet research. A new generation of telescopes, including the James Webb Space Telescope (JWST), will begin operations in the next few years, examining these distant worlds.

A second chemical process that could betray the presence of life would be the discovery of alien genetic code in asteroid, comet, or on a planet or moon in our solar system. This “ETDNA” would provide good evidence for life on other worlds (and perhaps a glimpse into their basic life processes). But, given the fragile nature of genetic code on Earth and the harsh conditions of space, any such fragments of alien genetic code is likely to be highly inconclusive.

The most likely way we will find life — by studying the atmospheres of distant worlds — is also the least conclusive. The most certain way to know we have of knowing aliens are out there is to watch them land in front of a crowd, but that’s the least likely scenario for first contact.

Read next: The iOS clipboard saga is a testament to Apple’s privacy-first approach