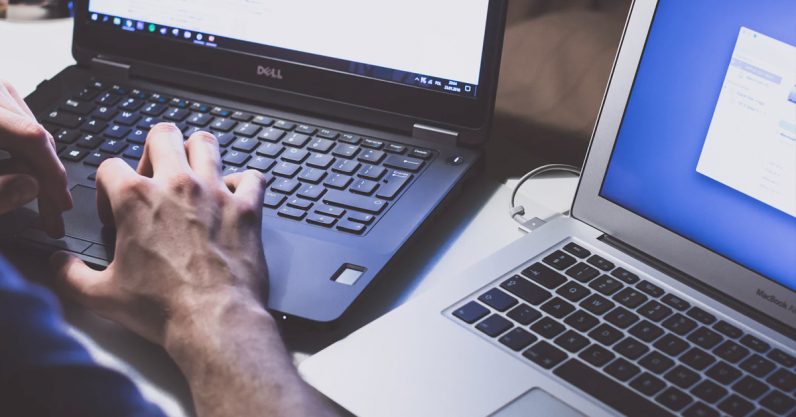 Capiche is a secret society for SaaS power users, building a new community of people who care about software to make the SaaS industry more transparent, together. Matthew Guay is Capiche‘s founding editor and former senior writer at Zapier.

It’s not that you can’t pirate software today; there are still cracked versions of Office and Photoshop out there.

But today’s best business software can’t be pirated. You can’t torrent Slack, pirate Salesforce, crack Notion to give you more features for free.

“Hardware must be paid for, but software is something to share,” lamented a young Bill Gates in 1976, whose dreams of hiring 10 developers to build software for his nascent Micro-Soft company seemed threatened by rampant sharing. “Who cares if the people who worked on it get paid?”

Little would he have guessed that four and a half decades later, his company’s Office suite would list sharing as one of its core features.

The best new business software today asks you to share. The more people using it, the better, even if everyone doesn’t pay.

Shareware—the business model behind the earliest indie viral software—became the default business model. It just took a few decades of technology change, and tweaks to what we’re sharing, to make it work.

Do copy that floppy

If there’s one shareware app you’ve likely used, it’s WinZip. To this day there’s a notice on WinZip’s website: “There is no free version of WinZip.” That would be news to most computer users in the ’90’s, who used the ubiquitous tool to unzip files, opting to click through the reminder to pay instead of paying.

Yet perhaps that was the very reason we remember WinZip today. WinZip was everywhere: Bundled with magazines and books, installed on new computers, available to download from some of the earliest online services. WinZip became the default tool to zip files because it was freely accessible to paid customers and “sharers” alike.

Distribution was the original challenge in selling software. Burning disks and printing boxes and negotiating retail shelf space required money and connections, both in meager supply among budding software developers. How do you get people to buy your software when they can’t see it, let alone try it first?

Early computer users figured it out on their own. They’d try software on a computer, like it, then copy it to their machine. It’s both how the earliest software spread, and how the open-source movement got started. But as computers moved from universities and laboratories to homes and offices, the commercial software industry that sprang up alongside wasn’t so happy about copying.

“When software is free, or so inexpensive that it’s easier to pay for it than to duplicate it, then it won’t be ‘stolen’,” predicted West Coast Computer Faire founder Jim Warren. But there was no Stripe, no PayPal, no App Store to distribute and charge for software. There were only mail-order catalogues and big box stores.

Thus Gates’ Open Letter to Hobbyists with its call to pay for software. Copying would prevent good software from being written, he claimed, and kill the dreams of an early industry—even if, ironically, copying had helped Micro-Soft’s BASIC grow, with what Gates estimated from feedback letters were 9 free users for every 1 paid copy sold.

Then he had an idea that would become the way a generation of new programmers would sell their software: “I would appreciate letters from any one who wants to pay up, or has a suggestion or comment,” said Gates. “Just write to me.”

Gates wasn’t suggesting shareware, directly, but the groundwork was there. If you’d copied his team’s BASIC, and decided you wanted to pay, you could write him a letter (presumably with a check or money order to legitimize your copy).

“I decided to place a message in the program,” wrote Knopf of his PC-File app. “I would ask those who received it to voluntarily send a modest donation to help defray my costs.”

PC-Talk (almost an early FTP app) developer Andrew Fluegelman had added a similar request to his program. Then Microsoft developer Bob Wallace called his PC-Write word processor shareware, with the same share-then-pay-when-you-like business model. And within a few years, that was the default model for new indie software.

These new developers weren’t purely altruistic, developing free software for the greater good. They instead realized that copying gave their software free marketing. Sure, everyone wouldn’t pay, but a small percentage of a far larger audience was still better—enough to pay Knopf 10x more than his former IBM salary.

Sharing as the new default

Sharing software installers was one thing. How about sharing the entire program in a click, no install or shareware payment needed?

When the web matured enough to become an application platform in the early 2000’s, that’s what started happening. First it was Salesforce, with a free trial, simple subscription-based payments, and no software to install on a server. Then it was Google Docs, a free online word processor with a prominent Share button in the top right corner.

You didn’t need to share Word documents, and hope your colleague had Word installed on their computer. You were sharing your file and the software to view it in a click.

You don’t even need to think about the software most of the time. If someone share a document, code sample, or design with you from a modern app, you should be able to click the link, open it, and add feedback, often without even needing an account.

You quit sharing files, and started sharing the entire software experience. Sharing went from a discouraged behavior to the default way we work.

Pay as you go

Sharing and free use doesn’t make a great business model on its own, though. “Free is not a magic bullet,” wrote former Wired editor Chris Anderson in his book Free. “You have to think creatively about how to convert the reputation and attention you can get from free into cash.” Thus as software went online, it quickly switched to the SaaS model, where you pay per month for software.

Sharing gets the “reputation and attention.” Subscriptions get the cash. And limited time, metered billing lets everyone pay what fits their needs.

You might collaborate on a Google Doc with classmates, then decide to buy G Suite when you start a company years later. You might check a designer’s mockup in Figma, adding comments and small tweaks for free, then pay after you start using Figma more and more. That’s the shareware model on steroids. Instead of buying one copy of the software, you’re paying for the software for your whole company, each month.

But there’s another twist to the model: Temporary software subscriptions, something that’s far more common than it might appear at first. You might not have needed WinZip enough to buy a perpetual license, but what if you could have paid a few cents each time you needed to unzip a file?

Thus the best SaaS doesn’t lock you in, doesn’t make you pay from the start. Subscriptions make that possible. Even as software subscriptions have gotten more expensive over the past few years, their per-month price is still a fraction of buying a perpetual license in the past. PC-File couldn’t have let you buy a one-month license and known you wouldn’t break your promise; Adobe Photoshop today can.

So you can pay per project. Need to use Illustrator or Figma to collaborate with a designer this month, but next month will go back to coding and not need design tools again? Just pay for this month. Want to make a website for a hackathon, but not keep it around forever? Spin up a DigitalOcean droplet for the days you need it, and only pay for those days. Some are even better: You can buy email credits to pay Mailchimp per message you send, or use Twilio for cents a minute without an ongoing contract. Micropayments can work, it turns out.

When you needed to pay hundreds of dollars for software, you’d carefully choose the tools you’d use, and stick with them. Today, you can use whatever software you want, whenever you want it. Illustrator for this project, Figma for the next, or both for one month if you want. You might keep an ancient fax machine around if the only alternative was paying $10/month for a fax service, but HelloFax’ 99¢ per fax plan lets you digitalize the process for the rare times you need it. SaaS isn’t just a way to keep you paying, it also enables new use-cases where you otherwise might have simply gone without the software.

Shareware got more people to use the software than needed to pay for it. Subscriptions get more people to pay since there’s no other way to get the software. And the best SaaS today lets everyone pay what fits their needs. Each made software accessible to a far wider range of people, and opened up new use cases.

Today, aside from software that requires sales calls or annual billing, almost every major SaaS product is modern shareware. You can try it for free—at least with a trial—share creations from the software with others, and pay for the software only as long as you use it.

Read next: A simple guide to visualizing your Spotify listening data… badass-ly