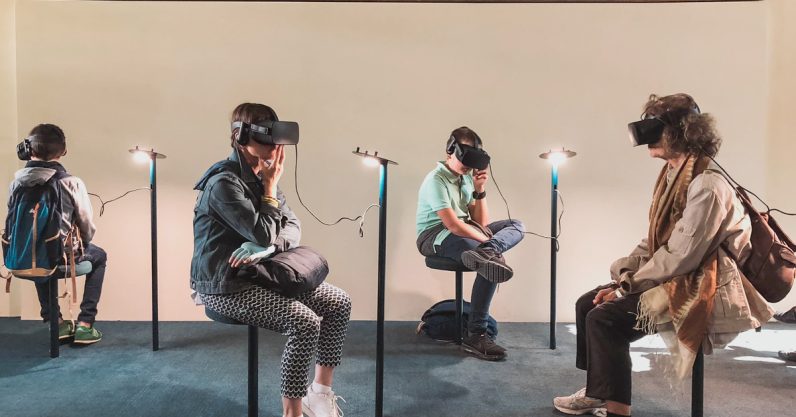 Many viewed the coronavirus pandemic as the opportunity for the virtual reality industry to finally take off, perhaps even replace smartphones, as Facebook CEO Mark Zuckerberg had predicted not long ago. And to be fair, the coronavirus lockdown and social distancing measures that followed accelerated tech adoption, and some sectors “jumped ahead five years.”

For VR, the circumstances were exceptional; it could enable remote meetings and virtual presence and fill the void left by our lack of in-person interaction.

But that moment never came. Some even warned of a VR winter.

We had a VR-killer-app moment in 2019 when Valve released their long-anticipated VR-only game Half-Life: Alyx. The lack of a killer app is often touted as VR’s missing link; an app that would drive mass adoption of the technology, and Half-Life made it pretty far. However, while it demonstrated how far VR games could go, it still does not give us a clue of how VR could be used as the platform we consume daily, just like mobile phones.

But that is exactly where we are missing the point.

Read: [From start screens to coin counters — a guide to video game UI]

Virtual reality has the unique capability to engage with all our senses at once. For that reason, it can offer an immersive experience not found on other mediums.

Low-quality devices and heavy headsets have caused troubles—even nausea and sickness for some users—but when those problems are out of the way, the remaining experience is astonishing.

It is right there—VR’s greatest strength—that we miss the point.

As with augmented reality, the enterprise sector has had great success with VR. Aviation giant Lockheed Martin used VR to optimize training and reduced training time by 85 percent, a result “unheard of in the satellite industry.” Virtual reality is used to treat different mental health problems, particularly anxiety and phobias. And VR is used in education with great success. In fact, education is a great example of what we misunderstand about VR.

According to Dave Dolan, who has been teaching for 30 years and holds a Masters in TESOL, most schools “initially perceive VR for the wow-factor, but as they notice the distraction-free environment and judgment-free learning from their peers where students can control the learning pace, their reactions are almost identical: ‘Oh my God I did not realize this!’.”

According to Edgar Dale’s Cone of Learning, people tend to remember 10% of what they read, 20% of what they hear, 30% of what they see, and 90% of what they do or simulate. The latter part is exactly where VR excels because it offers an interactive environment. But in education, it goes even further.

Because each student can wear a headset, VR effectively creates a distraction-free learning environment, where students can retry a lesson over and over again without being judged by other students. “The student’s performance and how much they retried a lesson remains where it belongs – between the student and the teacher,” explained Dolan, who works as the Chief Product Officer at Veative Labs. “Because VR enables students to focus, it enables the higher-order learning where students go from knowledge to understanding. That is the eureka moment, the moment every teacher lives for. The moment you know they have absolutely understood.”

Perhaps more interesting is the fact that unlike games such as Half-Life: Alyx, these applications do not implement super-realistic graphics. In a way, they do not need to.

Veative’s strength comes from its large collection of STEM content, which is tied to schools’ curricula. They have aimed at VR’s content problem not from a graphical quality standpoint, but from one that would be useful through the entire semester.

VR may not become as widely adopted as smartphones. Clichés of Ready Player One experiences might never happen. But from a practical standpoint, VR is paving the way in many industries, as the cost savings and the training and education benefits become increasingly apparent. Having the wrong expectation of VR is what could actually lead to a VR winter. And unrealistic expectations have harmed many technologies, not just VR.

Read next: Other colors I — art boy — believe the Sonos Move should come in