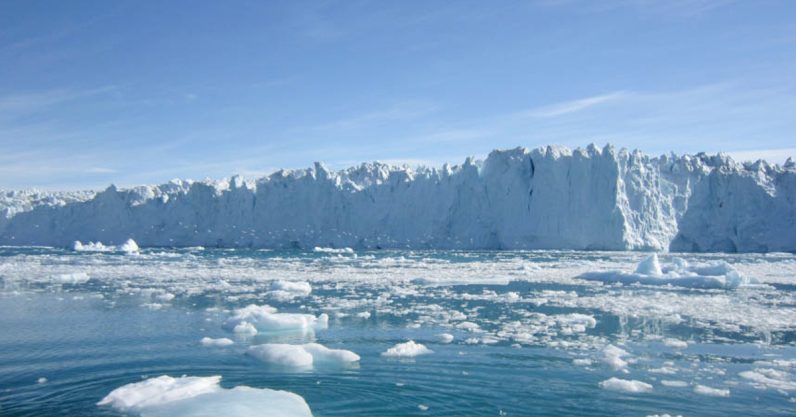 Around two and a half billion years ago the Earth was an alien world that would have been hostile to most of the complex life that surrounds us today. This was a planet where bacteria reigned, and one kind of bacteria in particular – cyanobacteria – was slowly changing the world around it through photosynthesis.

The atmosphere of the early Earth lacked oxygen. This began to change during what’s known as the Great Oxidation Event, or GOE. At its broadest definition, the GOE refers to a series of chemical changes that geologists and geochemists have observed in rocks that are between 2.5 and 2.3 billion years old. These changes were the result of oxygen given off by ancient cyanobacteria. Communities of this bacteria lived in shallow seawater and were preserved in rocks as structures called stromatolites.

We know that the GOE was associated with a series of glaciations on Earth, at least one of which was thought to be the first “snowball Earth” event – a glaciation so severe that ice sheets extended as far as the tropics. Though this glaciation has now been dated to approximately 2.42 billion years ago, uncertainty about the exact timing of the Great Oxidation Event has meant that it has not been possible to say which came first; was it the oxidation or the snowball Earth glaciation?

There have been hypotheses and arguments supporting both scenarios. If the glaciation came first, it is possible that it was because nutrients that were derived from rocks ground up by glaciers were washed into the oceans by rivers and floodwaters when the ice sheets melted. Once in the ocean these nutrients could have stimulated a cyanobacterial bloom thereby increasing oxygen production.

Conversely, oxygenation of the atmosphere during the GOE would have destabilized methane, a greenhouse gas that is thought to have been present in greater concentrations in the early atmosphere. A rapid drop in methane levels would have caused a collapse of the greenhouse effect, therefore triggering a sudden and severe cooling of the climate.

To investigate the timing of the Great Oxidation Event, colleagues and I examined two rock “cores” drilled from the Kola Peninsula in the far north-west of Russia, not far from Finland and Norway. These sedimentary rocks were deposited in shallow seawater between 2.50 and 2.43 billion years ago. We analyzed the sulphur they contained using a new state-of-the-art technique developed at the University of St Andrews in Scotland, and our results are now published in the journal PNAS.

We looked at sulphur because sulphur isotopes – that is, atoms of sulphur with different atomic masses – are the most robust “fingerprints” of the GOE. The relative amounts of each of these sulphur isotopes is usually predictable. However, in rocks more than 2.5 billion years old this rule does not hold true, and certain unpredictable ratios, caused by photochemical reactions in the atmosphere, are preserved in rocks if the atmosphere at the time lacked oxygen. Therefore we can use the point at which sulphur with this sort of unpredictable isotope ratios vanishes from ancient rocks to pinpoint the GOE.

We found evidence in the older Russian rocks we looked at, but in the younger rocks it was absent. This is strong evidence that the GOE happened in a 70-million-year interval between 2.50 and 2.43 billion years ago. This is earlier than previous estimates of the GOE, but we argue that it is consistent with sulphur isotope records from South Africa, North America, and Australia.

Importantly, given the age constraints on the snowball Earth deposit, we can now say the GOE preceded the most severe of the glacial episodes. We conclude, as others have argued, that it is likely that rising atmospheric oxygen concentrations lowered methane levels and weakened the greenhouse effect thereby pushing the planet into a period of major glaciation.

So, why does this matter? As we take greater steps to evaluate the habitability of other planets and moons in our solar system, and exoplanets beyond, it is vitally important that we understand the evolution of life in the context of the geological changes that have happened on Earth. If we were to view the ancient Earth through a telescope would we recognize a habitable world?

Further, as we continue to change our atmosphere through rising anthropogenic greenhouse gas emissions, and consider schemes to mitigate climate change by directly removing greenhouse gases from the air, it is important that we understand the extremes of how Earth’s climate has shifted in the distant past. The Great Oxidation Event reminds us of a time when life on Earth pumped uncontrolled levels of “waste gas” into the atmosphere. While this facilitated the eventual evolution of complex life like humans, it changed the course of Earth history forever.

This article is republished from The Conversation by Matthew Warke, Research Fellow, School of Earth & Environmental Sciences, University of St Andrews under a Creative Commons license. Read the original article.