Mass extinctions are very important to how life evolved on Earth. For example, when an asteroid hit the Earth 66 million years ago, the resulting dinosaur extinction led mammals to take their place.

My colleagues and I have published new research on the mass extinction that took place 359 million years ago at the boundary between the Devonian and Carboniferous geological periods. There have been many previous speculations as to the cause of this event, including volcanic eruptions, asteroid impacts, climate change, sea level changes, wildfires and the rise of the first forests.

But we have shown that the extinctions on land at this time may have been caused by a catastrophic thinning of the ozone layer that let in damaging levels of ultra-violet radiation. Something similar contributed to the mass extinctions at the end of the Permian and Triassic periods, but these events were caused by volcanic eruptions. Our research suggests the Earth has a natural internal process triggered by a warming climate that can destroy the ozone layer, a serious warning for our own period of climate change.

The Late Devonian extinction played a significant role in the development of vertebrate life. It included the loss of the dominant group of armoured freshwater fish. The survivors were the sharks and the rather minor group of bony fish that subsequently spread out to dominate our younger oceans.

The event also shaped our own evolution because it led to the extinction of the first four-legged “tetrapods”. These were “fish” whose fins had evolved to become limbs with between six and eight fingers and toes. The first land-dwelling tetrapods with five fingers and toes – our ancestors – don’t appear in the fossil record until after this extinction.

To find out exactly what caused the Late Devonian extinction, we looked for evidence of what happened in the atmosphere that was captured by fossilised plants from before and after the event. In particular, we looked at the resistant walls of the microscopic remains of pollen and spores, taken from fossils found in East Greenland and released by dissolving the rock samples in acid.

The resistant walls of spores and pollen are there to protect the cell contents from ultra-violet radiation. But there is a brief interval between the creation of a new cell and the formation of its protective wall when it is vulnerable.

The kinds of spores we examined are covered in small spines that are normally identical in length and have perfectly pointed tips. But most of the spines in our samples were malformed in a wild variety of shapes, suggesting the DNA of their cells was damaged by ultra-violet radiation. This suggests that the Earth’s protective ozone shield was down as the spores were formed.

Other spores and pollen had pigmented walls that acted as a protective tan, enabling those plants to survive. But a number of important plant groups quickly became extinct and the forest ecosystem collapsed. Those groups that survived were still disrupted and it took several million years to rebuild, creating quite a different ecosystem in the process.

Our samples came from a very large ancient lake that existed all year round despite being in a very arid part of the world. Such lakes only form when glaciers collapse and the world’s seasonal monsoon is very active due to solar heat, so the global climate must have been in a warming period.

Other scientists have shown that high summer temperatures over continental areas can increase the transport of water vapour high into the atmosphere. This water vapour carries with it organic carbon compounds that include chlorine, which are produced naturally by a wide variety of plants, algae and fungi. Once these compounds are near the ozone layer, they release the chlorine and this breaks down ozone molecules.

This produces a positive feedback loop because a collapsing terrestrial ecosystem will release a flush of nutrients into the oceans, which can cause a rapid increase in algae. So the more the ozone layer is damaged, the more plants die, and the more ozone-damaging compounds are released. Later on, the ozone layer will naturally recover as the climate cools and the algae helps remove carbon dioxide from the atmosphere.

The discovery of this potential new extinction mechanism indicates that a warming climate, such as we have now, has the potential to erode the ozone layer to let in damaging ultra-violet radiation. This has consequences for all life on Earth, both on the land and in shallow waters.

We believe it is as important as recognising that asteroid impacts caused mass extinctions. Once we knew about the consequences of asteroid impacts, there followed an intense collective research effort to assess the threat. We now plot the paths of all large extra-terrestrial objects likely to come close to the Earth’s orbit.

Similarly, we now need to focus effort on understanding the links between global warming and the production and atmospheric transport of chlorine-bearing carbon compounds that have the potential to cause similar destruction of our ozone layer.

We now need to make further studies of the rocks with malformed spores to work out the duration of the extinction and the likely rate of temperature change required to push enough ozone-destroying chemicals high into the atmosphere. We also want to do ultra-violet malformation experiments on living fern-like plants which have spiny spores.

This article is republished from The Conversation by John Marshall, Professor of Earth Science, University of Southampton under a Creative Commons license. Read the original article. 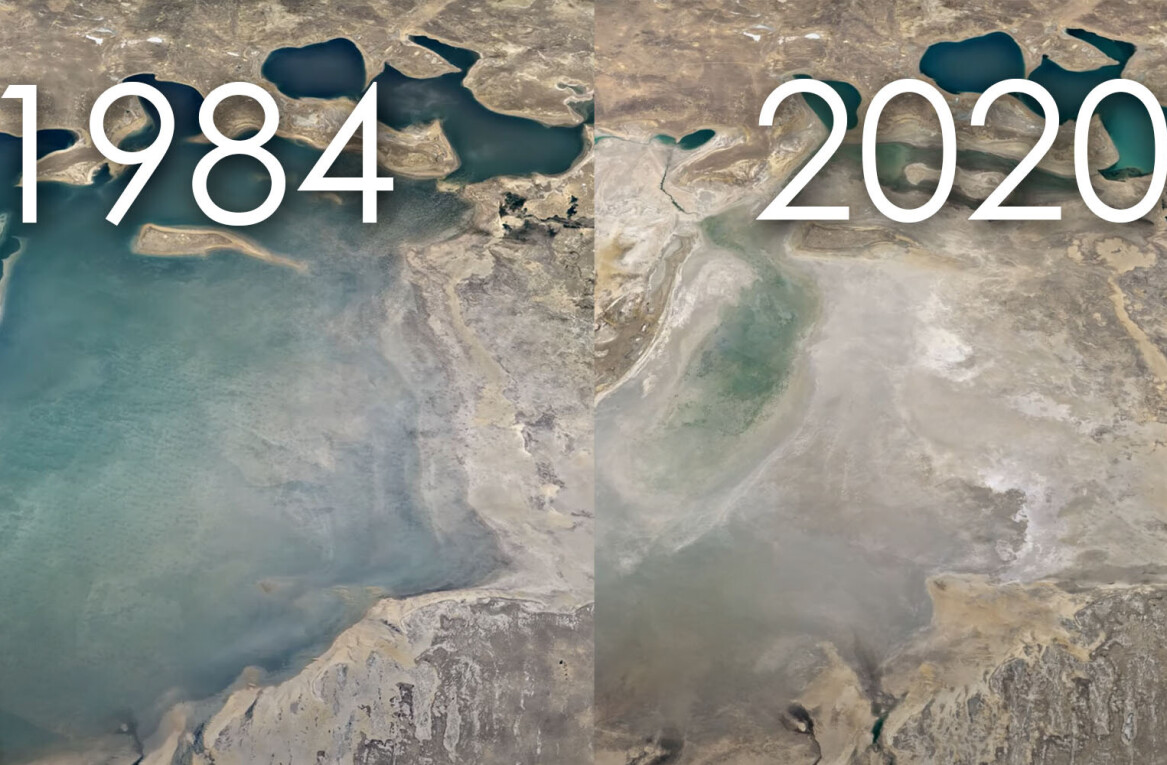