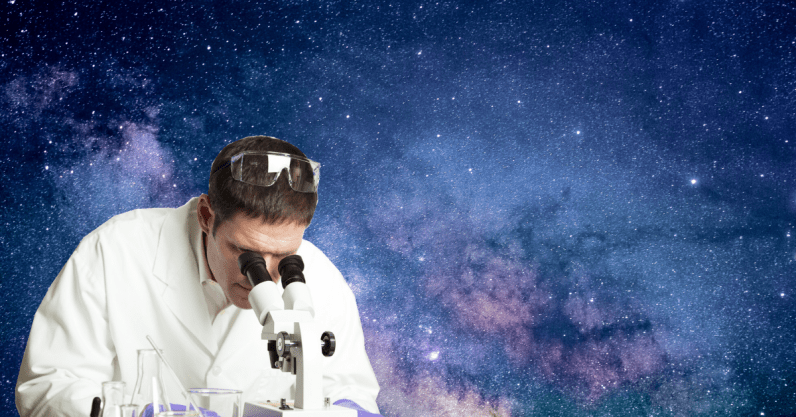 Dark matter is thought to make up roughly 85 percent of all matter in the observable Universe, but little is known about this mysterious — something. Satellite galaxies orbiting around the main mass of the Milky Way galaxy could help researchers unravel the one of the great mysteries of modern science — dark matter.

Simulations conducted by a team of researchers at UC Riverside examined the tidal field of the Milky Way galaxy, similar to the way one might examine a patch of land by measuring the slope of the ground at various places. Just as a running child is affected by uneven ground, subhalos (clumps of dark matter) move in response to differing gravitational pulls in locations around the galaxy.

Tall, dark, and mysterious — two out of three ain’t bad

Dark matter does not give off any light or other radiation (hence the name), but its gravitational effects are seen throughout the Cosmos. Without dark matter, galaxies would fly apart, and galaxy clusters would not hold together. This mysterious mass was first detected between galaxies in the 1930’s by astronomer Fritz Zwicky and within galaxies by Vera Rubin, working at Kitt Peak observatory in Arizona. The nature of this-something-remain a mystery to this day.

Many features of the Cosmos can be explained using the cold dark matter model (CDM), including how structures form throughout the Cosmos. However, CDM struggles to explain the diversity of distributions of dark matter around different galaxies.

“We found SIDM can produce diverse dark matter distributions in the halos of Draco and Fornax, in agreement with observations. In SIDM, the interaction between the subhalos and the Milky Way’s tides leads to more diverse dark matter distributions in the inner regions of subhalos, compared to their CDM counterparts” said Hai-Bo Yu, associate professor of physics and astronomy at UC Riverside.

You’re entitled to say, if you’re so smart, why don’t you tell me what that dark matter is? And I’ll have to confess I don’t know. — Astrophysicist Jim Peebles

Draco and Fornax were selected for this study because they are so different from each other. While Draco has the greatest concentration of internal dark matter among its nine companions, Fornax has the least, making this pair ideal for studying the effects of dark matter.

The team used N-body simulations to recreate the paths taken by these bodies as they orbited inside the complex gravitational field of our home galaxy.

The traditional CDM model holds that particles of dark matter are collisionless, and dark matter halos make up the gravitational scaffolding that blinds galaxies together.

In contrast to this model, SIDM suggests particles interact through a new dark force. Within the inner halo of galaxies, particles of dark matter would experience interactions with each other, in a process dubbed dark matter self-interaction.

“The interaction between the subhalos and the Milky Way’s tides lead to more diverse dark matter distributions in the inner region, compared to their cold dark matter counterparts,” researchers describe in a journal article, published in Physical Review Letters.

This movement can result in an effect called core collapse of dark matter, SIDM predicts. This occurs when the inner part of the dark matter halo collapses under the pull of gravity, creating a region dense with the mysterious mass. Simulations revealed this collapse could occur in the subhalos being studied, contrary to predictions made by the CDM model.

“Our work shows satellite galaxies of the Milky Way may provide important tests of different dark matter theories. We show the interplay between dark matter self-interactions and tidal interactions can produce novel signatures in SIDM that are not expected in the prevailing CDM theory,” explained Laura Sales, assistant professor of physics and astronomy at UC Riverside.

Examination of the interplay between dark matter and tidal interactions of galaxies revealed the amount of dark matter in an SIDM subhalo could increase over time, contrary to expectations.

If the SIDM model is proven correct, two oddball satellite galaxies may help us understand one of the greatest mysteries in all of modern science.

Read next: Coronavirus didn't kill our privacy — it just exposed the corpse