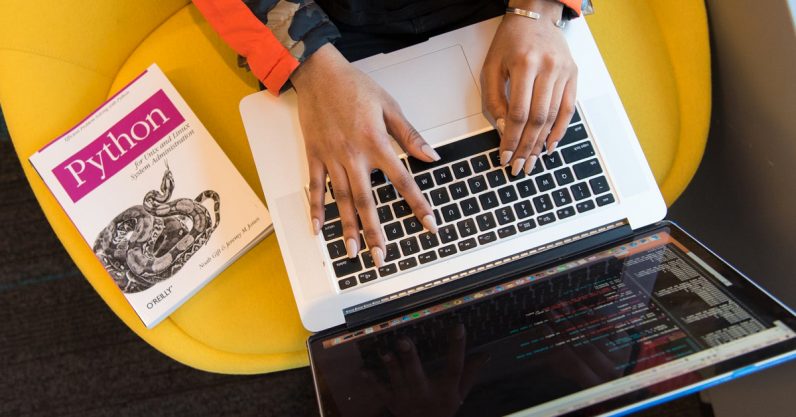 Since the year 1950, the world has seen the emergence of more than a few programming languages. Be it JAVA, C, C++, Python or C#, every language eas designed to serve a purpose. Over time, people started to communicate with machines in these multiple languages. As a result, plenty of wonderful software applications were born and many existing complex problems were solved. But, as we moved into the future, the battle for the toughest and more robust language began. While some of these were able to make it to the world that we know today, others faded.

Furthermore, new technologies and digitization swept the world off its feet. This liberated the data which hitherto had no records or wasn’t being captured. Today, we live in the abundance of data that companies are utilizing for a plethora of purposes such as designing applications, bringing new services and ultimately understanding the customer in a better manner. On account of these new jobs are emerging that require programming language to accomplish the goals. One such job is that of a data scientist, which more and more organizations are investing in today.

Read: [GitHub is now free for all developer teams]

The story behind Data Science

With the abundance of data, every other organization wants to extract insights from it. Companies want to measure progress, make informed decisions, plan for the future, and come up with the low cost and efficient products. The only solution they find is digging up the vast data and trying to make some sense out of it. This is where data scientists come into the picture. They are the people who are responsible for processing and organizing the data with scientific methods, algorithms and other relevant techniques. On a daily basis, the job of a data scientist is to sift through large amounts of data sets, extract what matters and ultimately provide businesses with insights that are easy and clear to understand. Based on these insights, companies form strategies and make business-critical decisions.

Insights from the data are the reason behind massive innovation that transform industries. Even though it might sound like an intuitive task, a lot goes behind the desk of a data scientist. Raw data can be a nightmare at times. They have all the noise and attributes that might be totally irrelevant to the goal of the organization. Therefore, a data scientist needs a set of tools in an efficient and easy to implement programing language.

Python- Most preferred for Data Science

The advancement of technologies like machine learning, artificial intelligence, and predictive analysis, data science is gaining even more pace with each passing day. It is becoming a popular career choice among people. While it is beneficial for data scientists to know more than one programming language, they must start by grasping at least one language with clarity. Furthermore, data scientists point out that obtaining and cleaning the data forms 80 percent of their job. The data can be messy, has missing values, inconsistent formatting, malformed records and nonsensical outliers in practice. While there might be multiple tools out there to assist in this job, Python is the most preferred. There are more than a few reasons behind it.

The popularity of the language Python is at its peak. Developers and researchers are using it for all sorts of reasons. Be it designing an enterprise application, training data using ML models, designing cutting edge software or cleaning and sorting data. There is no other language right now that does it better than Python. Statistics suggest that Python is officially the most widely used programming language in the world today. It beat JAVA, which has been the developer’s favorite language across the world for the longest amount of time. But, Pythons dynamic nature and a wonderful library with inbuilt features for almost everything making it the popular choice among developers and organizations.

Why Python for Data Science?

One of the best features of Python is that it is an open-source language. This means anyone can add to the existing functions of Python. In fact, companies each day are coming up with their own set of frameworks and functions that are helping them accomplish a goal faster and at the same time also assisting other developers who share the platform. Data scientists often need to incorporate statistical code into the production database or integrate the existing data with web-based applications. Apart from these they also need to implement algorithms on a daily basis. Python makes all these tasks a hassle-free affair for data scientists.

One of the most appealing qualities of Python is that it is easy to learn and start implementing. Be it, beginners who are just stepping up with their career in data science or well-established professionals, anyone can learn Python and its new libraries without having to invest a lot of time and resources into it. Busy professionals who often have limited time to learn anything new. Python, therefore, comes handy with its easy to learn and easy to understand capabilities. Even if one compares it to other data science languages such as R and MATLAB, Python has a relatively easy learning curve.

Python excels when it comes to scalability. It is much faster than languages like MATLAB, R, and Stata. It does so by allowing data scientists and researchers to approach a problem in a number of ways, rather than just sticking to one particular approach. Whether you choose to believe it or not, scalability is the reason why Youtube chose to migrate their processes to Python. In fact, the cloud titan Dropbox recently wrote more than 4 million lines of Python code for their application.

As data science continues to progress, Python is adding more than a few tools to help scientists accomplish their goals with perfection. Furthermore, the supportive and large community of Python is helping developers and scientists seek for solutions from other members who have gone through and aced a particular problem.

This article was written by James Warner, Business Intelligence Analyst. You can read the original piece on Medium here.

Read next: Everything you need to know about narrow AI