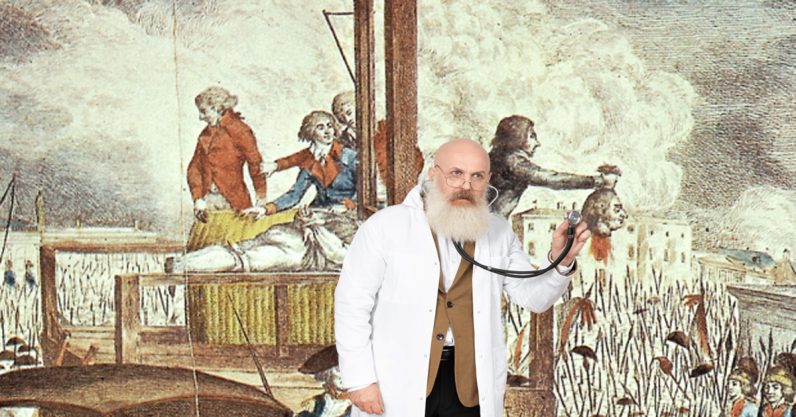 Organ transplantation is one of the success stories of modern medicine. Around 139,000 transplants are performed annually across the world. One of the most recent success stories is a double-lung transplant for a patient with COVID-19, the disease caused by the coronavirus, in China.

Successful organ donation is a fairly recent phenomenon, still only decades old. The first successful kidney transplant was performed by a group of surgeons led by Dr Joseph Murray in Boston in 1954 between the identical Herrick twins – the recipient lived for eight years.

But the story does not really begin there. As a concept, transplantation of body parts can be seen as early at the third century, with the Arabian physicians Cosmos and Damien depicted in several famous paintings “successfully” transplanting an entire leg.

But in order for transplants to be medically viable, scientists first had to work out how to preserve them. At this time it was unknown that without a means of preserving an organ when removed from the body, the condition rapidly deteriorated.

And so the science of organ preservation is fundamental to today’s success. This has its origins in the late 18th century, at the time of the French Revolution when scientists sought to identify the parts of the brain and body that were essential for maintaining life.

Julien Jean Cesar le Gallois, a French physiologist born in 1770, carried out a series of experiments in which he injected blood back into severed heads, limbs, and organs to see whether they could be revived. His work was followed in 1887 by Jean-Baptiste Vincent Laborde’s gruesome attempt to revive the head of a guillotined prisoner with fresh blood. Needless to say, this wasn’t successful. In his second attempt, he claimed to have kept the head alive for a full minute, although – unsurprisingly – the prisoner never regained consciousness after the execution.

Grisly as these early experiments were, they laid the foundation of our understanding of the role of individual organs and the idea of keeping them “alive” in isolation by reinstating the blood flow.

In the 20th century, the French surgeon and biologist Alexis Carrel further advanced the science of organ preservation. Much of his work focused on keeping tissues and organs alive outside the body, but he was a controversial figure, believing that it was possible to select elite individuals and make them immortal.

In the early 1900s, together with the famous American aviator and engineer Charles Lindbergh, he designed the perfusion pump: a device made out of a series of glass chambers that was able to preserve organs at normal and low temperatures. By using this device to pump warm blood serum through organs – “perfusing” them – they were able to keep them “alive” outside the body for hours at a time.

Carrel fell from favor at the time of world war two and his work stopped abruptly. But his research was the basis for the design and development of modern preservation techniques and the equipment used for cardiopulmonary bypass surgery.

Before the development of modern preservation techniques, surgical teams in the early 1960s would travel with the recipient to the donor hospital to ensure that the time between organ removal from the donor and implantation was at a minimum. This meant that the ability to preserve an organ outside the body would be groundbreaking, enabling establishment of successful transplant programs of living and deceased donors.

In the late 1960s, American surgeon Folkert Belzer was the first to develop a machine that allowed organs to be perfused at low temperatures. He was able to keep dog kidneys viable for up to three days with a plasma-based solution. Belzer developed a portable system to allow the transport of organs, but the machine was cumbersome and heavy, requiring a specially adapted van equipped with a tail lift. As the success of organ transplantation grew, it was clear that simpler methods were needed.

Despite Carrel’s earlier work on warm perfusion, the focus at the time was still firmly on preservation at low temperatures. Organs could be preserved for longer at such temperatures, providing a window in which to transport the organ from the donor to the recipient center. The Australian surgeon Geoffrey Collins was the first to introduce the technique of packing organs in ice – static cold storage – requiring only a preservation solution designed to prevent cellular damage and an icebox. Organs could be preserved in this way for up to 24 hours.

Then in the 1980s, the English surgeon Neville Jamieson, along with the American scientist James Southard and Belzer, developed a preservation medium called the University of Wisconsin solution designed to maintain the organ at a low temperature. This remains the gold standard solution used in transplantation today.

Over the past 60 years, transplantation has evolved considerably. New surgical techniques have been adopted to increase the number of living donor transplants. One of the most successful aspects has been the introduction in 1995 of keyhole surgery for living kidney donation by Lloyd Ratner at Johns Hopkins University in Baltimore. Traditionally the operation was performed by making a large incision in the patient’s side, which took many weeks to recover from. Nowadays, patients are commonly discharged two days after donation.

The way we preserve organs is also changing, driven by the need to reduce the transplant waiting lists and improve the quality of available organs. Revisiting the theories of le Gallois and Carrel, over the past 15 years there has been renewed interest in warm preservation techniques. Maintaining circulation at normal or near-normal body temperature after the organ has been removed from the donor using specially adapted machines is becoming common practice in a number of transplant centers across the world.

Organs are perfused with blood-based solutions and provided with supplements and nutrients to support metabolism. This has been particularly beneficial in allowing the function to be assessed in order to determine suitability for transplantation. Organs are routinely maintained in this way for a number of hours. Remarkably, in the past few months – January 2020 – scientists succeeded in maintaining livers for seven days using warm perfusion.

So, perhaps le Gallois’ dream of “maintaining any part of the body alive indefinitely” is becoming closer to reality. What is in no doubt is that the field of transplantation has a bright future, building on the work of those early physicians and pioneering surgeons.

Read next: India is building a coronavirus tracker app, fueled by your location data