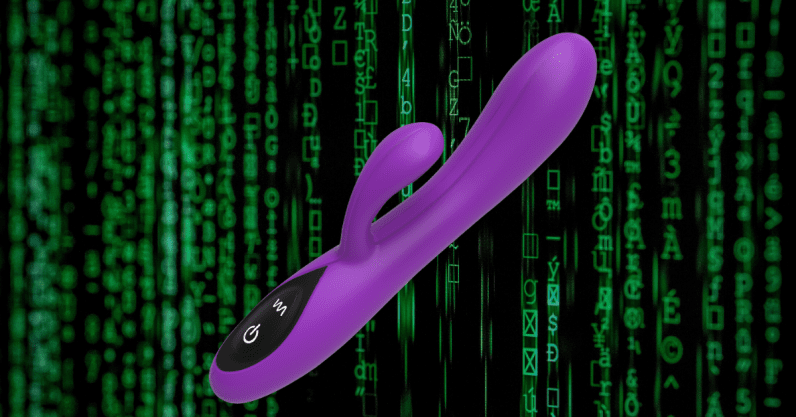 It might feel like the sex tech of today is already more advanced than many people would have predicted, but in too many ways, it still shows signs of immaturity. The adult industry could still learn a thing or two from the emergence of other formerly nascent technologies, such as smartphones.

Hell, teledildonics even had its own innovation-limiting patents in place until last year, which is all too reminiscent of the many FRAND patent rulings at the start of the smartphone wars.

If you remember those times, you’ll likely also remember what smartphones were like when they were first introduced: gimmicky, expensive, difficult to use, incompatible with each other, and ultimately a bit frustrating.

Sadly, despite the existence of some fun experiences, it’s still way too easy to level the same complaints at many of today’s smart sex toys.

One foot in the future, and one stuck in the past

One of the most pernicious problems for any nascent category of devices, or technology in general, is finding its real purpose. The very first iPhone didn’t have an app store, but it was that introduction that changed the entire market for everyone.

There are admittedly few other individual factors with mobile phones that led to such a dramatic shift in technology. Still, the performance improvement and cost reduction of components helped the industry as a whole. Faster, smaller processors, better battery technology, improved data speeds. These all contributed to the rise of the smartphone, as well as them making teledildonics a possibility.

Take the Lelo F1s, for example. On the surface of things, it’s one of the more future-facing devices available for men today. But it doesn’t really make a lot of sense. It’s a triumph of doing something because it seems like a good idea, rather than because it’s a genuine innovation that can take the market forward. And even if the product ‘misses,’ it can drive the market forward in some ways.

On paper, it should make some sense; it has a multiple motors to provide different sensations, a host of various sensors (that you won’t find in other sex toys) for future extensibility, and an accompanying demo app to give developers an idea of the sort of data they can tap into, if they build experiences for the device. The problem is that, right now, there are none.

Despite its well-endowed spec list, the reality is that it’s going to be way too small for many people and is lacking a real purpose to justify its $150+ price tag without that ecosystem of experiences.

It isn’t a criticism being leveled at Lelo specifically, though. Look at the other end of the innovation scale from devices released in the past year and you’ll see the Autoblow AI.

Like the Lelo F1s, the Autoblow AI puts claims to some true tech credentials, but delve deeper and you’ll find that the artificial intelligence in the product is almost entirely contained within the development stage.

The ‘AI’ is derived from the analysis of over 108 hours of footage from pornographic videos featuring oral sex. This was normalized to 16 frames per second, with the final dataset containing 6,270,467 normalized frames split into 1,060 clips.

The company then created a custom user interface to manually record the exact position of a mouth along the shaft of a penis at any given time as they watched the video footage, and transposed these to different modes on the Autoblow AI device. There’s also one ‘special’ AI mode, which gives a different experience each time, which includes pauses built into the experience.

Sex toys for women and people with vulvas generally have more discreet, considered designs nowadays, but that doesn’t make them immune to some shared issues.

Most frustratingly, as it was with smartphones, is the lack of standardized charging ports that fitted to most sex toys that require power. Almost none of them use a standard shape micro-USB port, usually instead relying on a pin charger, or in the case of more expensive devices, magnetic charging.

There are no fewer than five sex toys here that can’t be used until the misplaced chargers have been found, and there’s no real need for it to be this way. There’s no benefit to the manufacturer or the consumer.

People will pay for experiences that deliver value

There’s another similarity between smart sex toys and the early days of smartphones, and that is the prohibitively high retail price many devices command. If you want the best experiences, it’ll mostly cost you upwards of $100/£100/€100.

If you’re a man buying an interactive sex toy, it’ll definitely cost you more than that today. It’s not exclusive to toys for a penis though: many smart vibrators cost over $100, and Lora Di Carlo’s widely-reported Ose device costs an eye-watering $290.

For many people, that’s way, way too much money for a device considered to be a luxury in life (although, arguably, sex toys are not a mere luxury).

People will, however, pay a premium for devices that they feel deliver worthwhile experiences – the iPhone remains an apt example. It isn’t the peak of technological innovation; it’s ‘this-gen’ technology done really well, wrapped in a neat (and convenient) ecosystem of services and experiences.

To give the sextech industry credit, some lessons have already been learned: there’s far more effort put into the design of new toys, and the focus tends to be on elegance and delivering a ‘premium’ experience all the way up the price range.

Now, if we could ditch the proprietary charging and we-can-so-we-will innovation, the industry might be ready to usher in the next generation of sexual technology, which is something we should all be keen to see.