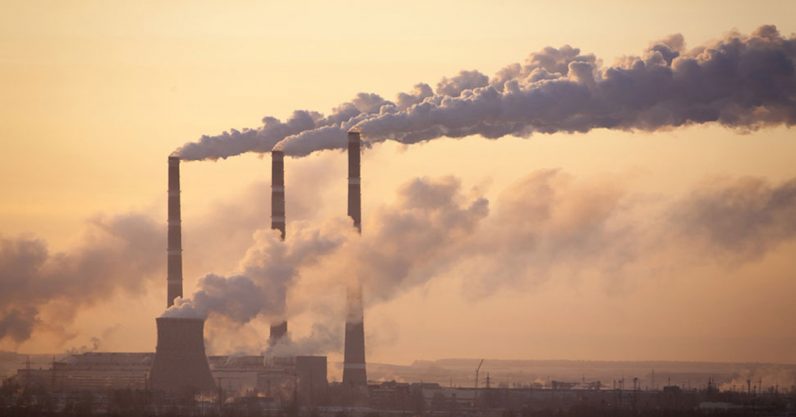 When did we first realize that we had the potential to warm our planet’s climate? You could go all the way back to 1827, when French mathematician Joseph Fourier calculated that the atmosphere, somehow, was keeping the planet warm like a blanket. Or you could go as late as 1938 when British engineer Guy Stewart Callendar gathered data for the first time to show that the Earth was already getting warmer in line with emissions.

But over the last decade, a new answer has come to light: 1856. That’s when amateur American scientist Eunice Foote detailed the mechanics of what we now call the greenhouse effect. Yet we know very little about her. We don’t even know what she looked like.

“It’s almost like a cloak-and-dagger story,” explains John Perlin, a physicist and science historian at UC Santa Barbara. He was one of several researchers who first heard of Foote in 2011, when retired geologist Ray Sorensen stumbled across her work.

Foote’s 1856 experiment was simple: she placed glass jars containing different gases out in the sun and measured their temperature. The jars with carbon dioxide were hottest and therefore had absorbed the most heat. Writing up her results, she generalized this dynamic to the planet as a whole — and speculated that it might have caused past eras to be hotter or colder. “No one deconstructed the atmosphere, and tested that deconstruction, until Eunice Foote’s breakthrough experiments,” says Perlin.

This paper was Foote’s first known mention in the scientific record, and when it was presented at that year’s meeting of the American Association for the Advancement of Science (AAAS), it was widely reported in newspapers. However, Foote didn’t present her research herself; the Smithsonian’s first secretary, Joseph Henry, read it on her behalf. He added this preface: “Science was of no country and of no sex. The sphere of woman embraces not only the beautiful and the useful but the true.” Three weeks later, Scientific American ran an article (headline: “Scientific Ladies”) which praised Foote’s work, noting “we are happy to say this was done by a lady.” This context has been suggested as part of the reason for her subsequent lack of recognition, but it isn’t the whole story.

Foote was notable before she got press as a scientist; she was a well-connected political activist from a young age, growing up in progressive communities in central New York state and moving in the same circles as Frederick Douglass. She attended one of the few American schools that taught science to girls, and, at the first women’s rights convention at Seneca Falls in 1848, she was the fifth person to sign its Declaration of Sentiments. Yet within a few decades, she was almost entirely forgotten. Why?

Perlin points to a few reasons. The first is Elisha Foote, her husband, whose career as judge, scientist, and eventually the head of the U.S. Patent Office overshadowed Eunice’s. A fire at the Smithsonian in 1865 also destroyed much of the couple’s work. And they were both overshadowed in turn by their socialite daughter Mary, who in 1868 married U.S. Senator John B. Henderson, one of the co-authors of the 13th amendment to the U.S. Constitution, which banned slavery (except for prisoners). It was the wedding of the century; Andrew Johnson and Ulysses S. Grant were in attendance. “In the Washington Star, in about the eighth paragraph, they mention, as a footnote, ‘The mother, Eunice Foote, wore a black silk dress,’” Perlin says. “That’s it.” And after that? “She’s not even a footnote, man. She’s a blank.”

In May 2018, Perlin hosted the first symposium to celebrate the life and work of Eunice Foote. He has his own pet theory why Foote was pushed aside so quickly: it was, in his words, a “towering bully” named John Tyndall. From 1859 onwards, Tyndall, an Irish scientist, published his own research into gases and heat, and he came to similar conclusions to Foote. He’s been considered one of the key figures in the history of climate science ever since.

Tyndall did more than just investigate air: he was a mountaineer, a poet, a researcher of glaciers and magnetism, and the first to discover why the sky is blue. He was an internationally famous lecturer and author of bestselling books, and an influential, well-connected advocate for liberalism, Darwinism, and the separation of religion and science. A caricature from Vanity Fair in 1872 (below) reflects his public profile: a stubborn, argumentative, and devoutly secular entertainer. Yet despite his passion for mass education, he was also a sexist opponent of suffragism, believing women were intellectually inferior to men. (He was accidentally killed at age 73 by his wife.)

Perlin claims that Tyndall, in his role as a “conduit” between international scientific communities, would have either read or edited the British or German journals which republished both Eunice and Elisha Foote’s work and then used his institutional clout to drop them from the record. This theory is controversial — Tyndall biographer Roland Jackson, for example, remains unconvinced. Yet Perlin argues this is a case of how “scientists love to sit around campfires and tell themselves myths that they regard as true, but are really mythological.”

“I think one of the myths is that she actually did the experiment to prove that CO2 traps infrared radiation,” argues Katharine Hayhoe, an atmospheric scientist , and director of the U.S. Climate Science Center. Hayhoe has also been researching Foote, and she points out that the design — and results — of Tyndall’s investigations were significantly more sophisticated than Foote’s. Foote did indeed discover the basic mechanics of what we now call the greenhouse effect, but she did so “without having all the data.” Tyndall was still the first to determine the interactions of gas and light involved in detail.

Yet Hayhoe stresses that Foote’s “stunning” insights—especially that higher levels of carbon dioxide would lead to a warmer planet — deserve a place in the history of climate science. She is also unconvinced by the idea that a single individual, even one like Tyndall, could be responsible for suppressing Foote’s reputation. She points to three broader factors: the United States’s position at the time as a “backwater” of the scientific world, Foote’s lack of both formal training and professional connections, and her “grasshopper” mind, which meant she flitted between different fields of study without sticking around in any of them long enough to build a reputation. “I feel like there are lots of reasons why her work would not have come across Tyndall’s desk,” says Hayhoe. “[It’s] an error of omission rather than commission.”

So perhaps Eunice Foote was forgotten because of structural factors, not individual malice — wrong sex, wrong place, wrong time, wrong networks. She’s now getting some of the credit she deserves, with a number of historians looking to fill in the gaps in her narrative. Hayhoe has been working with Foote’s great-grandniece, Liz Foote, to research the family’s broader history, and we may eventually know what Eunice looked like if as-yet-unidentified photos of the Seneca Falls Convention emerge. She has also found that claims that the AAAS banned women from presenting papers in the mid-19th century were untrue; not only did at least one other woman, an astronomer, present a paper several years earlier, but Foote presented another of her own papers herself in 1857 — one year after the greenhouse effect paper.

But the key takeaway, Hayhoe says, is that “this is very basic science.” Even in the 1850s, all you needed were glass jars and “an active and firing intelligent mind” to see how the climate could change. “And so when we look at all of the so-called debate over CO2, it’s like, people, just go back and have a chat with Eunice over her kitchen table in the 1850s, and she can explain this to you. It is not rocket science.”

This piece was originally published by How We Get To Next under a Creative Commons license.

Read next: For under $20, let the true Excel experts show you how to master Microsoft's popular software