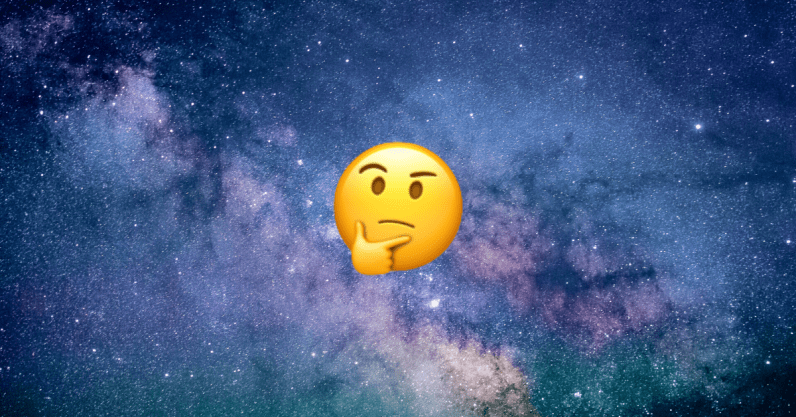 As an astronomer, there is no better feeling than achieving “first light” with a new instrument or telescope. It is the culmination of years of preparations and construction of new hardware, which for the first time collects light particles from an astronomical object. This is usually followed by a sigh of relief and then the excitement of all the new science that is now possible.

On October 22, the Dark Energy Spectroscopic Instrument (DESI) on the Mayall Telescope in Arizona, US, achieved first light. This is a huge leap in our ability to measure galaxy distances – enabling a new era of mapping the structures in the universe. As its name indicates, it may also be key to solving one of the biggest questions in physics: what is the mysterious force dubbed “dark energy” that makes up the 70 percent of the universe?

The cosmos is clumpy. Galaxies live together in groups of a few to tens of galaxies. There are also clusters of a few hundreds to thousands of galaxies and superclusters that contain many such clusters.

This hierarchy of the universe has been known from the first maps of the universe, which looked like a “stickman” in graphs by the pioneering Centre for Astrophysics (CfA) Redshift Survey. These striking images were the first glimpse of large-scale structures in the universe, some spanning hundreds of millions of light years across.

The CfA survey was laboriously constructed one galaxy at a time. This involved measuring the spectrum of the galaxy light – a splitting of the light by wavelength, or color – and identifying the fingerprints of certain chemical elements (mostly hydrogen, nitrogen, and oxygen).

These chemical signatures are systematically shifted to longer redder wavelengths due to the expansion of the universe. This “red shift” was first detected by the astronomer Vesto Slipher and gave rise to the now famous Hubble’s Law – the observation that more distant galaxies appear to be moving away at a faster rate. This means that galaxies that are close by appear to be moving away relatively slowly by comparison – they are less redshifted than galaxies far away. Therefore, measuring the redshift of a galaxy is a way to measure its distance.

Crucially, the exact relationship between redshift and distance depends on the expansion history of the Universe which can be calculated theoretically using our theory of gravity and our assumptions of the matter and energy density of the universe.

All these assumptions were ultimately tested at the turn of the century with the combination of new observations of the universe, including new 3D maps from larger redshift surveys. In particular, the Sloan Digital Sky Survey (SDSS) was the first dedicated redshift survey telescope to measure over a million galaxy redshifts, mapping the large scale structure in the universe to unprecedented detail.

The SDSS maps included hundreds of superclusters and filaments and helped make an unexpected discovery – dark energy. They showed that the matter density of the universe was much less than expected from the Cosmic Microwave Background, which is the light left over from the Big Bang. That meant there must be an unknown substance, dubbed dark energy, driving an accelerated expansion of the Universe and become increasingly devoid of matter.

The combination of all these observations heralded a new era of cosmological understanding with a universe consisting of 30 percent matter and 70 percent dark energy. But despite the fact that most physicists have now accepted that there is such a thing as dark energy, we still do not know its exact form.

There are several possibilities though. Many researchers believe that the energy of the vacuum simply has some particular value, dubbed a “cosmological constant”. Other options include the possibility that Einstein’s hugely successful theory of gravity is incomplete when applied on the huge scale of the entire universe.

New instruments like DESI will help take the next step in resolving the mystery. It will measure tens of millions of galaxy redshifts, spanning a huge volume of the universe up to ten billion light years from Earth. Such an amazing, detailed map should be able to answer a few key questions about dark energy and the creation of the large scale structures in the universe.

For example, it should be able to tell us if dark energy is just a cosmological constant. To do this it will measure the ratio of pressure that dark energy puts on the universe to the energy per unit volume. If dark energy is a cosmological constant, this ratio should be constant in both cosmic time and location. For other explanations, however, this ratio would vary. Any indication that it is not a constant would be revolutionary and spark intense theoretical work.

DESI should also be able to constrain, and even kill, many theories of modified gravity, possibly providing an emphatic confirmation of Einstein’s Theory of General Relativity on the largest scales. Or the opposite – and again that would spark a revolution in theoretical physics.

Another important theory that will be tested with DESI is Inflation, which predicts that tiny random quantum fluctuations of energy density in the primordial universe were exponentially expanded during a short period of intense growth to become the seeds of the large scale structures we see today.

DESI is only one of several next generation dark energy missions and experiments coming in the next decade, so there’s certainly reason to be optimistic that we could soon solve the mystery of dark energy. New satellite missions like Euclid, and massive ground based observatories like the Large Synoptic Survey Telescope, will also offer insights.

There will also be other redshift instruments like DESI including 4MOST at the European Southern Observatory. Together, these will provide hundreds of millions of redshifts across the whole sky leading to an unimaginable map of our cosmos.

It seems a long time ago now when I wrote my PhD thesis based on just 700 galaxy redshifts. It really goes to show it’s an exciting time to be an astronomer.

This article is republished from The Conversation by Bob Nichol, Professor of Astrophysics and Pro Vice-Chancellor (Research and Innovation), University of Portsmouth under a Creative Commons license. Read the original article.