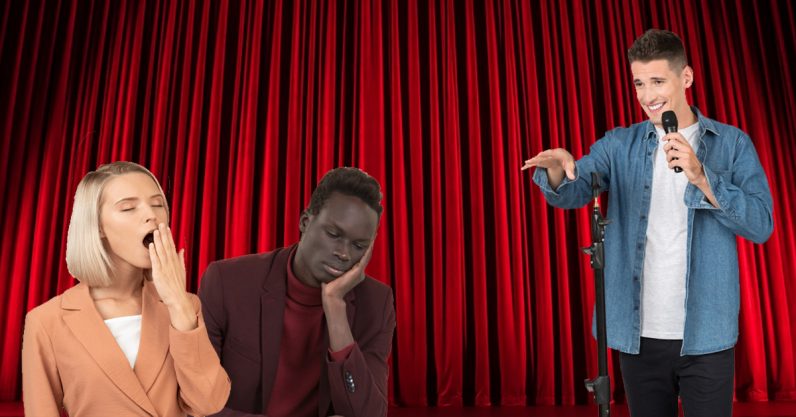 How do you like the following joke from Sumeria in about 1900BC? “Something which has never occurred since time immemorial; a young woman did not fart in her husband’s lap.” Or this classic from Egypt, 1600BC? “How do you entertain a bored pharaoh? You sail a boatload of young women dressed only in fishing nets down the Nile and urge the pharaoh to go catch a fish.”

If not, maybe try this more modern joke from 1000AD Britain: “What hangs at a man’s thigh and wants to poke the hole that it’s often poked before? Answer: A key.” The chances are you could tell these were meant to be funny, but did they make you laugh or smile? Be it ancient or modern-day humor, we all find different things funny – why is this? Is it down to our brains or to the ways that humor works?

One consistent finding in scientific studies is that laughter is universal and predates humans, while humor seems to appear alongside modern humans – wherever there is a record of modern humans, one finds jokes.

There is a whole book of Roman Jokes, The Laughter Lover, which contains zingers including this one: “An Abderite [people from a region now split between Greece, Bulgaria, and Turkey that the Romans thought were stupid] saw a eunuch talking with a woman and asked him if she was his wife. When he replied that eunuchs can’t have wives, the Abderite asked: ‘So is she your daughter?’.”

It’s extremely interesting that, although the Sumerian farting joke is slightly over my head, they are all structured as jokes would be now. Even the topics seem modern – such as fart jokes and sex gags.

These themes also confirm some of the scientific theories of jokes and humor. For example, humor often involves the realization of incongruity (mismatch) between a concept and a situation, violations of social taboos or expectations, the resolution of tension or mocking and a sense of superiority (here, over those stupid Aberdites!).

But, even if jokes tend to be structured in a certain way, over time and place no one thing is guaranteed to make everyone laugh. Some of this is because time and distance rob the jokes of their cultural meaning.

Similarly, a recent study of jokes told by medical doctors in France showed that these often relied on pretty broad sweeping (or downright offensive) stereotypes – for example that surgeons are megalomaniac tyrants, that anesthetists are lazy and that psychiatrists are mentally ill.

Within the workplace, especially in stressful jobs, humor is often used to encourage cohesion within a group in order to deal with stress in an acceptable way. But it also works to exclude outsiders, who can find such humor to be unpalatably dark. This last point is important – the exclusion of others can help boost group cohesion.

We are all part of different social groups, and that will affect our approach to humor. Because as well as reflecting culturally shared values, comedy reflects our aspirations and our sense of what we would like to find funny. Charlie Chaplin is still extremely popular in China, whereas in the West we can appreciate him artistically but we don’t often find his comedy makes us laugh – it seems old-fashioned and predictable.

Even worse, one of the most successful comedians inspired by Chaplin, Benny Hill, is considered cringe-worthy in the UK, despite him being one of the few UK comedians to breakt hrough in the USA. That’s because Brits like to think that they are a bit more sophisticated in their humor than a man being chased around by naughtily-dressed ladies.

In this context, it’s not at all unusual for older people to find the things that younger people find funny to be entirely inexplicable. When my colleagues and I ran an event at the Royal Society and the Big Bang fair in 2012-13, we asked attendees (mostly teenagers) what made them laugh and were mystified that a common response was “KSI.” We had to google this to find out that he’s an extremely popular YouTuber.

And when I watched him I was frankly none the wiser, but I also strongly suspect that he’s not going to be shedding any tears about this as he has more than 20m subscribers on YouTube. And I suspect that if my generation found KSI hilarious, he would be less funny to young people. My son (13) is currently obsessed with watching YouTube compilations of Vines (the now defunct short video social media site): he was horrified when I told him that I used to have a Vine account. Ugh, mum!

So all this variation in what we find funny has much less to do with Vines, KSI and me, and more to do with something that happens as we all get older: younger people come along and they can have radically different ideas about what is musical, what is fashionable, and – critically for this article – what is funny. They are their own exclusive group.

The fact that humor is about social bonding and cohesion – whether this comes from relieving stress or bullying others – is supported by neuroscience. Humor in the brain rests on very similar networks to those that support human language comprehension in a more general sense. Common areas of activation for humorous material include the anterior temporal lobes, which are closely associated with the representation of semantic meaning, and the temporal-parietal junction and superior frontal lobes, which are often activated when we need to think about what things mean and how words can relate to each other.

One study argued that the superior frontal gyrus was critical to the appreciation of the humor in a joke and that stimulating this region with direct electrical currents makes jokes seem funnier. However, as shown, these regions are seen in other tasks too. So it may be hard to dissociate our sense of humor from our ability to process both linguistic meaning and social meaning. And it’s not hard to see why evolution would have favored this – humans who collaborate successfully using an understanding of the world and other humans have better chances of survival.

So what does make a joke funny? We have made great strides in understanding the scientific bases on laughter and humor processing – but until we can incorporate the social and cultural complexities of humor fully, we will remain mystified by how people can enjoy comedy we find lame.

This article is republished from The Conversation by Sophie Scott, Professor of Cognitive Psychology, UCL under a Creative Commons license. Read the original article.

Read next: 1.3 million Indian bank cards are up for sale on the dark web