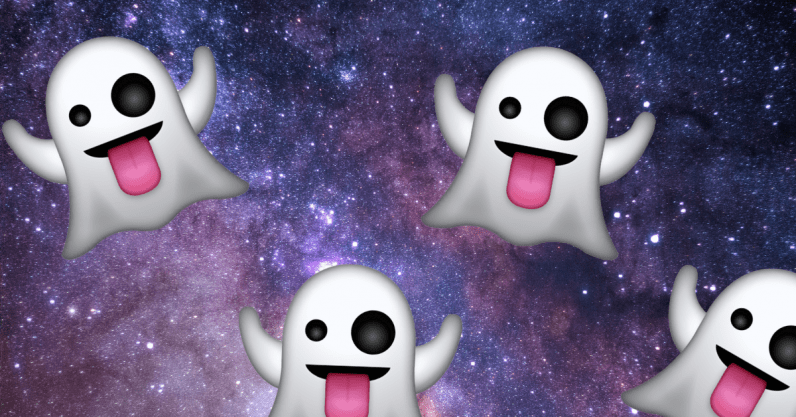 Even when you close your eyes at night, 100 billion neutrinos produced in the sun will pass through them – traveling close to the speed of light, but never hitting anything. Neutrinos are extremely elusive and only weakly interact with matter around them: nature’s true ghosts. Until very recently, these tiny particles were believed to be massless.

In the late 1990s, researchers demonstrated that neutrinos constantly change between three different types (flavors or species), which affects how they interact with matter. This is something they can only do if they have mass – a discovery that was granted the Nobel Prize in 2015. From these particle physics experiments, we know that at least two of the three neutrino species have mass.

Yet little has been known about the mass of the lightest species – until now. Our new study, published in Physical Review Letters, shows that the lightest neutrino is at least 6m times lighter than the mass of an electron, at 0.086 electron volts (a unit of energy). Our technique may give exact masses for each neutrino in the future.

Neutrinos matter to understanding space. Back to the 1940s, a letter to Physical Review by physicists George Gamow and Mario Schoenberg (a personal hero of mine) suggested that neutrinos played a major role in stellar evolution and supernovas (exploding stars). This was confirmed when scientists detected the first neutrinos from a supernova in 1987, providing a better understanding of supernovas and neutrinos alike.

On a cosmological scale, however, because these ghostly particles have mass, they tend to drag a little bit of matter with them thanks to gravity. And so the more massive the neutrinos are, the “fuzzier” the distribution of galaxies around us will be. This means that by observing galaxies around us, we can infer the mass of neutrinos. It is amazing to think that the largest structures of galaxies in the universe are sensitive to the tiniest particles known by physics.

The reason scientists are so keen to find out their mass, is that it matters to our ultimate understanding of reality. The Standard Model of Particle Physics is one of the most precise theories of fundamental particles that we have so far. However, this theory predicts that neutrinos should be massless.

Understanding neutrino masses is a key point to move ahead towards a new and improved theory of particle physics. It is quite possible that by doing so, other mysteries in physics, which also cannot be explained by the standard model, such as the nature of dark energy and dark matter, would also be solved.

The way we made our discovery matters, too. Our international team of researchers from the UK and Brazil combined cosmological data and particle physics experiments.

Each approach has its limitations. When cosmologists determine neutrino masses from observations of galaxy distributions, they can only determine a maximum mass for the sum of the three neutrinos.

Particle physics experiments can directly study neutrinos, for example by creating a beam of them in the lab or detecting neutrinos from space underground. But most of them are based on detecting how neutrino flavors mix. This doesn’t tell you the absolute mass for each particle, but only the difference in mass for two out of three neutrino species. It also doesn’t tell us which of the two is the heaviest neutrino.

Sadly, many cosmologists often ignore results from particle physics. And some particle physicists are skeptical of cosmologists’ statistical techniques, claiming their way of using prior knowledge, such as estimating that the mass cannot be negative, influences their results.

We combined the two by creating a mathematical model to calculate the sum of the neutrino masses by studying the large scale structure of more than a million galaxies from the Baryon Oscillation Spectroscopic Survey (BOSS). We also had to include many other parameters that affect galaxy distribution such as dark matter and dark energy. We then fed in what we know from particle physics experiments, which told us in very exact terms what the relationships between the masses of the neutrinos should be. This allowed us to calculate an upper limit of the mass of the lightest particle.

In order to achieve these results, we had to push the boundaries of big data analysis in cosmology to their limits, using more than half a million computing hours to process the data. Luckily, we had a super computer to help us.

Although current available data is not powerful enough to detect a lower-bound for the mass of the lightest neutrino – it could still be massless– this work demonstrates that applying a combined methodology is the way forward.

The Dark Energy Spectroscopic Instrument (DESI), which will analyze ten times more galaxies than we had access to, will give a much more reliable estimate of the total mass for all the neutrinos – and that may make it possible to work out a minimum mass. Excitingly, this might just launch a new era in neutrino physics.

This article is republished from The Conversation by Arthur Loureiro, Research Assistant in Cosmology and Astroparticle Physics, UCL under a Creative Commons license. Read the original article.