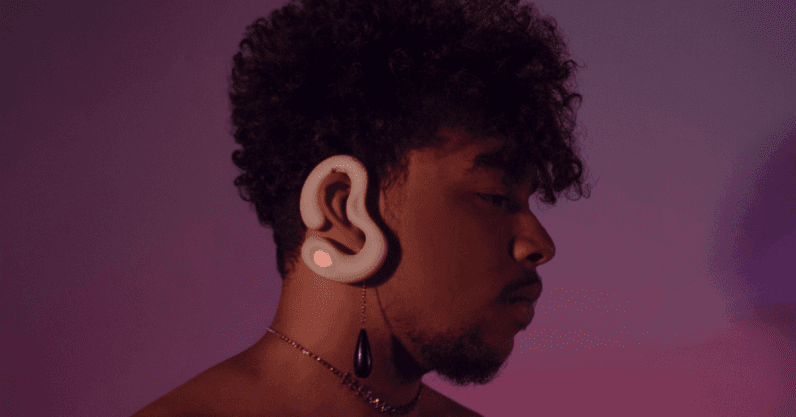 Of course, in the wrong hands, hacking knowledge can lead to sensitive data leaks and non-consensual control over your most intimate devices.

Perhaps one of the most recent, and infamous, cases involved WeVibe, and ended in a $3 million US lawsuit back in 2017. Its devices were collecting user data without the user’s knowledge, and further raised security concerns over who could take control of the devices’ functions, either via WiFi or Bluetooth.

To dig a little deeper into the topic, SEXTECHGUIDE has spoken to people in the DIY sextech hacking sphere to find out more about building a sex-positive community that aims to liberate, educate and crank up users’ pleasure.

You might be the sort of person who often takes things apart and reassembles them in order to gain a better understanding of how a device made. For people wanting to get into technology, there’s a lot of educational material online to teach you how to program software and understand electronics.

However, for many, this can be a daunting venture, which is why technologist and sextech enthusiast Sabrina Verhage believes vibrators make tech more accessible.

For creative technologist educator Alice Stewart, however, despite her curiosity to learn about tech, she only saw “ephemeral” DIY tech kits, such as radios, blinking LEDs and lie detectors available to her. She felt tech that catered to her demographic was lacking.

In Brazil, product designer Esther Angelo runs a DIY sex toy workshop that gives people a “glimpse into the design process of creating a product… and designing a sex toy tailored to their own pleasure”.

Talking about how closely we deal with tech objects, she comments: “Electronic sex toys that we put inside of us, phones that we let into our beds under our pillows… there’s a big trust that tech companies will make objects safe, [and all we can do is] hope that’s the case.”

While the original definition of hacking may be loaded with negative connotations, hacking in a hardware scenario can be quite the opposite. When you apply this to hacking vibrators, we’re talking about having full control over your pleasure and giving you a sense of ownership over your product. For Stewart, “it becomes intimate as you are regaining control over your possessions”.

Exploring our relationship with sex technology can not only give us a sense of agency and encourage sexual self-exploration, but it also allow us to take total (and literal) control over the physical sexual sensations we receive from our sex toys.

As every body is different, we are now demanding more personalization from our sextech.

There’s an element of risk when it comes to hacking, but it also takes a level of devotion to exploring the unknown, as Stewart asks: “What would happen if I shoved a sensor in here, or changed a wire in here? How would it behave differently?”

As well as facilitating sextech workshops, Angelo also designs sextech products. One of the latest projects, currently in its prototype stage, is a remote-controlled sex toy that sits on the ear.

Lobe came about by exploring alternative erogenous zones for people wanting pleasure stimulation away from the genitals. This includes trans and non-binary folk, sexual abuse survivors, and those with motor disabilities.

“Apart from [a lack of] direct sensation, some motor disabilities also result in not being able to access your genitals in a natural manner, often causing a need for another person’s assistance for motions like unzipping your trousers and such,” she says.

She explains: “Ergonomically, it’s a bodily organ often used as a base for other types of products like earphones, headphones, hearing aids and such, so I was able to find quite a lot of information in the fields of design and engineering.

Hackers have also been using mind-controlled technology as an input for vibrators. The Muse headband works with a sex toy to respond to jaw clenching, blinking and different levels of excitement.

These are all concepts that could be particularly revolutionary, especially for those with mobility issues, but you have to wonder if we’re seeing this level of innovation in the mainstream industry.

After learning about the tech and pushing for experimentation, ethical sextech hackers are able tailor to their sextech product to their exact tastes. There’s a sense of achievement, something to be proud of, but is it something to share?

The stigma that surrounds sex may limit the culture from becoming widespread, but Kyle Machulis, the inventor of buttplug.io, mentions online communities, such as Fetlife, where people share all sorts of builds and hacks. However, this is usually anonymous. “People bring what parts of their identity they feel comfortable sharing, or that their circumstances allow,” Machulis says. He adds, as one of the few people that brings their real identity in, it’s not something he expects others to do, as “it’s a lot of work”.

“People bring what parts of their identity they feel comfortable sharing, or that their circumstances allow,” Machulis says. He adds, as one of the few people that brings their real identity in, it’s not something he expects others to do, as “it’s a lot of work”.

What about IRL, where you can’t be as anonymous? In Stewart’s workshops, she encourages couples to come along and experiment together. One couple coded the toy to respond to and vibrate in Morse code, taking their communication to another level.

Thanks to the communal aspect of sex tech hackathons, devices can be created combining multiple desires, concepts and technologies. The ‘sucCUMb sex blanket‘ (from the aforementioned London-based sex tech hackathon in 2016) was a scarf with multiple vibrating motors that responded to visual input using AR from an XBox Kinect console that mirrored your body. It created an illusion that what happened on screen, such as rose petals falling onto your mirror image, was happening/vibrating on your body in real life.

In Verhage’s workshop at the 2019 Berlin sex tech hackathon, she experimented with motion technology using Myoelectric Armbands, a wearable device with eight electromyographic electrodes, and Leap Motion, a hand tracking device. They conducted vibrations using their hands in the air, as though conducting an orchestra, and the more vigorous the motion, the harder and faster the vibrations.

Sex toy hacking can be a liberating experience as you learn about the technology itself while educating yourself about your own pleasure (and other’s preferences too). While the online community may be limited by anonymity, DIY sex toy workshops and sex tech hackathons enable individuals to combat taboo and shame, encouraging collaboration, connectivity and innovation in sextech that is not limited to the larger corporations. If you know what you like and have the know-how to take control of your device, why wouldn’t you?

Read next: 3 Killer Cloud Service Deals That Will Make You Ditch Dropbox