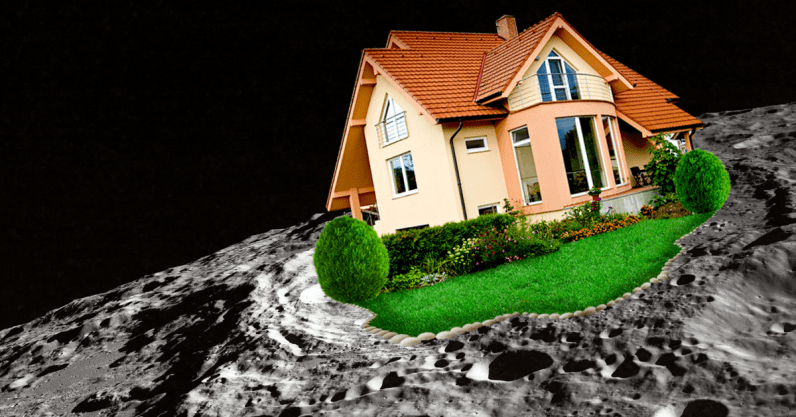 1The entire Apollo 11 mission to the moon took just eight days. If we ever want to build permanent bases on the moon, or perhaps even Mars or beyond, then future astronauts will have to spend many more days, months and maybe even years in space without a constant lifeline to Earth. The question is how would they get hold of everything they needed. Using rockets to send all the equipment and supplies for building and maintaining long-term settlements on the moon would be hugely expensive.

This is where 3D printing could come in, allowing astronauts to construct whatever their lunar colony needed from raw materials. Much of the excitement around 3D printing in space has focused on using it to construct buildings from lunar rock. But my research suggests it may actually be more practical to use this moondust to supply lunar manufacturing labs turning out replacement components for all sorts of equipment.

Technically known as additive manufacturing, 3D printing comprises a sophisticated group of technologies that can produce physical products of almost any shape or geometrical complexity from digital designs. The technology can already make things from a huge palette of materials including metals, ceramics and plastics, some of which can be used to make space-grade equipment.

3D printing also has the added benefit of working with minimal human involvement. You can just set it to print and wait for the finished product. This means it can even be operated remotely. In theory, you could send a 3D printer to the moon (or any other space destination) ahead of a human crew and it could start manufacturing structures before the astronauts even arrived.

There are, of course, significant challenges. 3D printing has primarily been developed for use on Earth, relying on certain consistent levels of gravity and temperature to operate as designed. So far it uses materials significantly less complex than those found on the surface of the moon or Mars.

The moon is covered in regolith, a loose, powdery material formed from millions of years of meteors bombarding the moon’s surface. This has slowly transformed the top layers of bedrock into a soil-like material made from grains less than a few millimetres across. While you could in theory use regolith for additive manufacturin, for 3D-printed houses or even more basic components such as bricks and cement you would need additional materials from Earth to mix with the regolith such as liquid binders.

My colleagues and I have been looking into ways you could 3D print a range of engineering components using only regolith. Our technique involves using a laser to turn a very small amount of energy into heat that can melt and fuse together grains of regolith to form a thin but solid slice of the material. By repeating this process multiple times and adding more layers in sequence, we can eventually build a three-dimensional object.

Each layer is than 1mm in thickness and so building large structures such as walls or complete shelters would take an impractical amount of time. Instead, it’s much better for producing smaller, precisely designed highly detailed objects such as dust or water filters, which typically need holes of less than a micron (0.001 mm). 3D printing would be particularly useful for replicating vital components if they were to become damaged or worn, and needed replacing faster than it would take a supply ship to bring a new one from Earth.

To figure out how to get this 3D printing to work in space, we’ve carried out in-depth investigations into both the material and the processes, and tried to understand how the conditions on the moon would likely impact them. Without a ready supply of real regolith, we used a material that imitates its bulk chemical and mineral composition. This was formed under very different conditions to a meteor bombardment, but it’s complex enough for us to study its interaction with the laser and use that knowledge to estimate how real regolith would react.

We still need to better understand the material and its interaction with the 3D printing process, and engineer novel technical solutions to overcome any limitations. At this stage, it’s even hard for us to know what kinds of things might go wrong. But a good next step would be to test 3D printing with real regolith. Existing samples on Earth are very limited, but with humanity poised to enter a new era of lunar activity, perhaps a ready supply could soon become available.

Read next: Darwin Mail will tidy up your inbox and keep it clean for $30