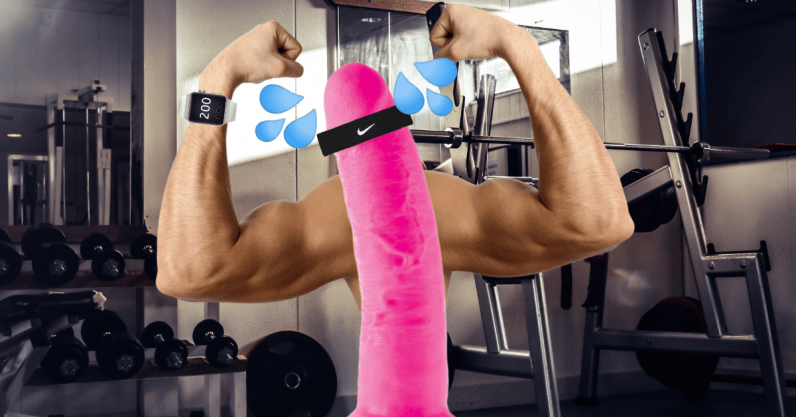 And with that firmly in mind, we turn to the matter of the day: calorie counting features in sex toy apps. In one way, it was only a matter of time before we saw this feature being sneaked onto app product descriptions.

While the company’s PR insists “it’s just a bit of fun,” others have taken to Twitter to call out this feature, for turning what should be a really fun activity into something that’s fixated on weight loss – like so many other “wellness” products on the market.

And, as sex writer Alix Fox tweets, is this just another way to police women’s bodies, “turning our private pleasure into yet another source of pressure, stress and shame?”

The Chicago-based company makes “eye catching” and aesthetically-pleasing toys and has won multiple ‘luxury product of the year’ accolades at the XBiz Awards for both its packaging and products.

If you’re wondering when a version of a calorie-counting sex toy for will be introduced for people with a penis – it could be as soon as the start of next year. Branded as a smart condom (although it’s really a cock ring), i.Con is wearable technology for people identifying as male. Once your session is completed, you can download your data (calories burned, thrust speed, velocity of thrusts)… and analyze your sex life to the nth degree.

As more pleasure products are marketed with ‘wellness’ and ‘health’ in mind (often to bag funding from investors, who have historically been sextech shy), we’re bound to be seeing more of this grey area in branding – where we see sexual activity being marketed as part of a healthy exercise regime.

But… should we be obsessing over calories when using sex toys? Should sextech allow us to solely focus on experiencing more pleasure through using innovative products that are more inclusive than ever? Or is being able to count calories on Zalo’s app simply a fun way of viewing data?

While calorie-counting apps can be seen as a way of make women feel shame about their bodies, they’re nothing new – there are plenty of non-sextech apps already out there such as My Fitness Pal and MyNetDiary that have been around for years already, all of which will do a better job of it than sex toy-linked apps.

And we reckon it’s unlikely this feature will make its way onto every synced-up sex toy app, largely thanks to the number of female founders heading up popular sextech startups that firmly have pleasure in mind.

Read next: We might never achieve general AIs — but it's important that we try