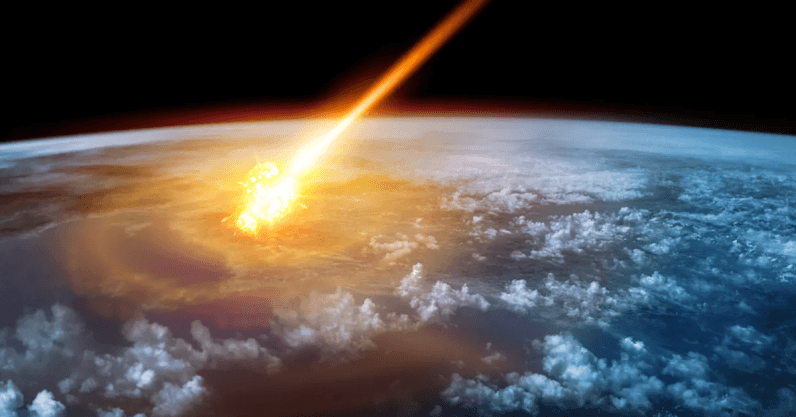 The schlocky 1998 Bruce Willis movie Armageddon was the highest grossing film of that year. The blockbuster saw a master oil driller (Willis) and an unlikely crew of misfits place a nuclear bomb inside a giant asteroid heading for Earth, blow it up – and save humanity. Armageddon isn’t exactly a documentary: it’s packed full of sci-fi nonsense. But, 20 years on, its basic plot – of using a nuclear explosion to avert a cataclysmic asteroid collision – doesn’t seem quite as silly as it did at the time.

Major asteroid impact is a low-probability, but high-consequence risk to life on Earth. Large “Near Earth Objects” (NEOs) don’t hit Earth often, but it only takes one (just ask the dinosaurs – oh, wait, you can’t). Of course, low probability risks are easily dismissed, however high the consequences of them manifesting might be – and until recently the countries of the world largely viewed the threat posed by NEOs as something best left to Hollywood.

But that’s all changed, following the impact (in more ways than one) of the meteoroid that hit Chelyabinsk in Russia in 2013, which injured more than 1,000 people. Suddenly, the NEO threat became “real”, and major players – the US, Russia and the EU – all started pumping money into NEO preparedness, and developing formal strategies for response (see, for example, the production of the US’s first ever National Near-Earth Object Preparedness Strategy in December 2016).

At the UN, we’ve recently witnessed the creation of an embryonic international institutional infrastructure to detect and respond to asteroids. As part of all this – and in line with increasing scientific opinion – there is also a notable focus at governmental and intergovernmental levels on the use of nuclear weapons as our best hope. The US and Russia have even mooted working together on a nuclear planetary defence initiative. All of a sudden, it seems Bruce Willis and his team might be put on NASA’s speed-dial, after all.

What the law says

As a lawyer I can’t help but wonder how these recent developments sit with international law. Not well, it would seem. At the intersection of nuclear non-proliferation law and space law, various Cold War-era treaties would appear to rule out nuclear planetary defence. The legal picture is not always clear – the relevant law was drafted with the superpower arms race in mind, after all, not asteroids. But if a collision-course NEO was identified, it can at least be said that a proposed nuclear response would be very likely to violate international law.

For example, Article IV of the 1967 Outer Space Treaty prohibits stationing nuclear weapons in space, which would apparently rule out nuclear NEO defence, at least if a nuclear defence system was located in space (rather than being launched from Earth).

The 1963 Partial Test Ban Treaty is an even bigger barrier for most states (although, notably, not all of the nuclear powers are party to it – but the US and Russia both are). Article I(1)(a) of that treaty prohibits “any … nuclear explosion … in … outer space”. And these are just the key treaties: there are a number of other possible legal hurdles, too.

So what? If it came to a choice between legal niceties and saving humanity from extinction, there wouldn’t be much of a choice at all: law shouldn’t be a global suicide pact. Indeed, one nuclear power, Russia, has already indicated that – if that asteroid appeared – it likely would opt for “launch first, litigate second”.

But ignoring the law is always a dangerous business, and it’s not hard to envisage nuclear powers using the vague threat of “asteroids” as a pretext for developing new warheads, or even for launching nukes into space. And if they do so in unapologetic violation of international law, they’ll also circumvent all the checks and balances that the law can provide. That threat is maybe more worrying than the threat of some hypothetical space rock.

In a major article just published in the Hastings International & Comparative Law Review, I argue that international law needs to work out a way to thread this needle.

The law has to protect us from states using asteroids as a pretext for dodging nuclear disarmament obligations, or – gulp – nuclear aggression in space, while at the same time providing for a limited, safeguarded exception that would allow for multilateral nuclear planetary defence, should it ever come to pass that we need the “nuclear option” to save ourselves.

As such, I propose either treaty amendment (or, more likely, the adoption of additional protocols) to carve out a new, bespoke legal exception for the use of nuclear weapons in space, in instances where a large collision-course NEO was identified and verified, and where the balance of independent scientific option clearly supported a nuclear response.

At the same time, to promote certainty, protect against abuse and increase the chances of success through the pooling of expertise and resources, I also argue for the creation of a new multilateral decision-making and oversight body, composed of all states (or as many states as possible), and which additionally included direct input from independently appointed scientific experts and organisations.

The aim is that the new body would be equipped both to stop countries misusing the new legal exception to develop militarized nuclear space programs, while at the same time avoiding the deadlock issues associated with existing institutions (such as, for example, the UN Security Council) if humanity has to act quickly to avoid going the way of the dinosaurs.

All of this would be extremely complex (legally, politically and financially) and would take a huge amount of time to set up. But when it comes to the “asteroid threat”, time is not an issue. Until it is. So I suggest we get started now.

The political and scientific context has changed since 2013 but the legal context is still stuck in the thinking of the 1960s – and we need to update it. If we don’t, we really could risk Armageddon.

This article by is republished from The Conversation by James A Green, Professor of Public International Law, University of Reading under a Creative Commons license. Read the original article.

Read next: CHEAP: Bathe in books with 31% off the waterproof Kindle Paperwhite