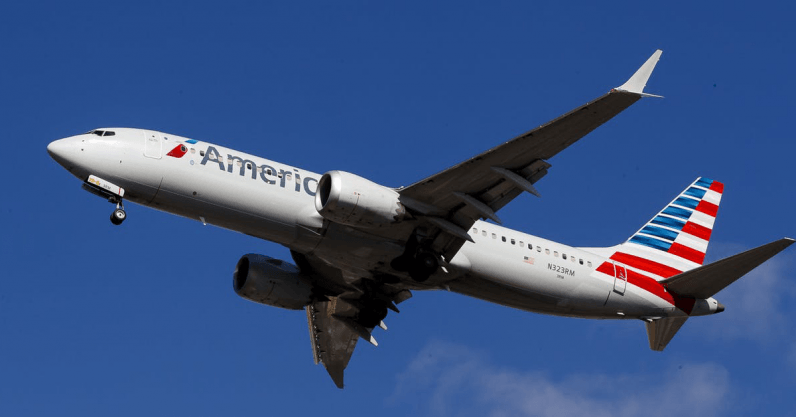 The Boeing 737 is the most produced commercial airplane in history: over 10,000 have been built since it first flew in 1967, with thousands more on order. Even the UK’s Royal Air Force is to put them into service as the P8a Poseidon.

An airplane which flies that much will have accidents. The 737 has had over 200 that have led to the loss of the airplane, resulting in over 5,000 fatalities over its 51 years.

But statistically, this nonetheless is a very safe airplane. In the newer “Next Generation” 737, you’d have to take about a million flights to reach a 25% chance of being present at a “hull loss” accident (“hull loss” doesn’t even mean fatalities, just that the airplane is beyond economic repair).

By comparison, the British annual average for road traffic fatalities is 13 per million inhabitants. In Britain, which has some of the world’s safest roads, your chance of dying as a car passenger per year are about four times greater than being in a serious accident if you fly in a Boeing 737 every month.

Over its lifetime, the 737 has stretched from 29 meters to 44 meters long, fuel capacity has risen from 14.7 tonnes to 21.3 tonnes, and passenger seats have increased from 118 to 230. With these developments have come demands for greater safety, reduced noise, particulate and greenhouse gas emissions, and lower running costs. So while all 737s are certified as a single airplane type, the changes have been massive.

Most recently, the big push has been to reduce fuel consumption. For both economic and environmental reasons, this led to the latest 737 MAX 8 models – along with the competitor Airbus A320 Neo – being fitted with new, larger and more efficient CFM Leap engines. These must be mounted higher and further forward than previously, creating a handling problem that wasn’t unique to this airplane, but had to be addressed.

Angle of attack is the angle between the wing chord (an imaginary line between the leading and trailing edges of the wing) and the airflow. To generate lift, this is typically around two degrees in cruising flight. But to create lift at low airspeeds during take-off, landing and some manoeuvers, it must be much higher – often more than ten degrees.

If the angle of attack is too great, the airplane loses control – or “stalls”. This has nothing to do with stalling an engine and will usually cause a sudden descent. The larger, repositioned engines initially created a handling problem at a high angle of attack, particularly at low speeds, which could pitch the airplane nose-up into an even greater angle of attack, potentially worsening the loss of control.

Boeing addressed this by introducing an automated system called Manoeuvering Characteristics Augmentation System (MCAS). This automatically forces the nose down from high angles of attack, removing the airplane from the stall condition. It does this by rotating the tailplane, effectively changing the shape of the airplane. This was necessary – stalling under these circumstances has been a serious, even fatal, problem in some previous airliners.

So far so good. But then we hit a problem which is alleged to have contributed to the October 2018 Lion Air 737 MAX 8 crash in Indonesia. While this aircraft had the MCAS system, the pilots allegedly didn’t know about it. It has been said a decision had been made not to include the system in pilot training, in particular that if the system received incorrect signals from the airplane’s angle of attack sensors the airplane could pitch steeply nose-down into a potentially unrecoverable dive.

But pilots can best deal with failures they’ve been trained for. We don’t yet have full reports on the Lion Air crash, nor on the more recent Ethiopian Airlines crash of another 737 MAX. But there is growing evidence that the crew didn’t fully understand the MCAS system, and that the system could malfunction when a single instrument feeding it information fails. The airplane could allegedly put itself into a steep dive due to an instrument failure, and the pilots perhaps weren’t fully trained to recognize and correct for that.

In a very new aircraft type, 339 people have died in two, apparently similar, accidents – this is intolerable. Fortunately, the aviation industry, that’s mindset often goes back to the 1950s Comet disasters, is extremely prompt in dealing with serious safety issues.

Around the world, airplanes of this type were grounded within a few days, and will remain so until Boeing and its stakeholders find and certify solutions to both the aircraft control software and the pilot training issues.

These events show the aviation industry at both its best, and worst. It’s right that manufacturers and airlines should be seeking more efficient, safer aircraft. But making progress at an acceptable cost could potentially risk corners being cut.

In the US, the Federal Aviation Administration (FAA) has been accused in the past of delegating too much oversight of their own work to Boeing, and those of us in this community are concerned that when governments seek to reduce budgets, aviation authorities may not be well enough resourced to adequately do their jobs.

Additionally, any aviation company may necessarily suffer conflict between engineers and pilots, whose objective is to create the best and safest product, and business managers, who must ensure profitability.

So what now? The 737 MAX will remain grounded while Boeing develops a “software fix” that eliminates this potential problem, and then works with the FAA and international authorities to certify it. There should also be new MCAS training that all 737 MAX pilots around the world will receive before they fly the airplane again. Indeed, this will hopefully also lead to a broader debate about the level of training provided to airline pilots.

After these two tragedies there will likely be a number of court cases. The families will rightly want closure. But we also need to ensure that similar disasters don’t happen in the future – and this involves aviation professionals working to find new safety solutions. Focusing too much on legal outcomes could potentially prevent the best safety outcomes from being pursued.

This article is republished from The Conversation by Guy Gratton, Visiting professor, Cranfield University under a Creative Commons license. Read the original article.