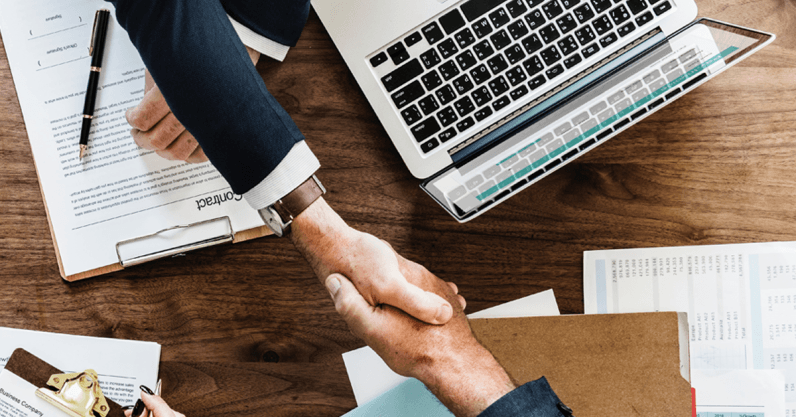 When I was younger, I was taught that the ridges and patterns found on my fingertips are so unique, that no other person in the world has them. I can only assume you were also told that your fingertips are unique too — and not in a millennial sort of unique where everyone is so unique that they deserve a participation medal — actually unique.

As I grew older, however, things got a little darker. Unique fingertips also meant that if someone got a hold of them, they could potentially steal my money; identity; frame me for murder, and leave me to rot in jail for the rest of eternity.

Okay, I’m exaggerating, but you get the point.

Never take candy from strangers, unless they are a multinational tech corporation

Needless to say, I wasn’t pleased with the possible outcomes and became cautious about formally providing my fingerprints anywhere. Whenever I had the option, I’d usually opt out of any biometric system available, even if it meant losing some of my precious time, and having to endure a copious amount of paperwork in the process… Don’t take candy from a stranger kind of trauma, if you know what I mean.

Anyway, although I know better today, I’d like to believe I wasn’t the only one who was warned about these things, and I think it’s safe to say that it caused most of us to take a certain measure of caution when needed.

Then came the iPhone.

When I got my iPhone 6s (which I still use, by the way), I remember being so excited to set it up, thinking about how cool and futuristic it’ll be to access my phone using only the tip my thumb…

While I often refused to provide my own government with my fingerprints, I didn’t think twice about giving them to Apple. In my mind, I naively believed that I was in control and could simply “opt out” at a click of a button.

My thinking wasn’t by any means based on any logic/information, and after discussing this matter with my friends and acquaintances, I’ve found that I wasn’t alone. Most people I spoke to had no idea where those fingerprints would end up, but gave them to Apple anyway.

This got me thinking: Why was it so much harder to “give away” my fingerprints to the government, than it was to Apple? Why are many of us so suspicious of our governments, yet somehow, are more lenient with Apple and all other Multinational Tech Corporations?

I had to get to the bottom of this.

It seems we weren’t entirely wrong in assuming Apple were “okay”. Lucky for us, Apple has stated that:

In short, Apple doesn’t store our fingerprints, and in case you were wondering, this is true for Google (Android) users as well.

As it would seem, both companies maintain this feature to make it more difficult for others to access our device. Circuitously, Apple and Google seem to care about our privacy and appear to have taken a fair amount of security measures to make sure our data is safe. They may not be saints (let’s face it, they do this to make money) but like it or not, by placing our interests as a top priority, they are essentially gaining our trust.

Governments on the other hand? That’s a different story.

Fast forward to mid 2018 when I needed to renew my passport:

Where I live, the government recently switched over to biometric passports, requiring everyone to register in the system upon renewal. If you wanted a passport for ten years, you had to give the government consent to save your fingerprints, and if you chose to opt-out, you’d still have to provide the prints, but they wouldn’t save them in the system. The catch with the second option is that choosing to opt-out of the system, meant you were only allowed you to renew your passport for five years instead of ten. And no, opting for a five year passport does not reduce the price.

While some might say that renewing your passport after five years instead of ten, is a small price to pay, but I say:

Eventually (after much deliberation, might I add), I opted for the ten year plan but not before feeling more vulnerable and cornered than ever. I can honestly say that I felt like I was selling-out and jeopardizing the most unique feature of my body, just for the purpose of not paying for another passport again in five years.

You know who didn’t make me do that? Apple.

So you tell me, who is more worthy to hold the most unique feature of the human body?

And don’t get me started on who’s got better cyber-security knowledge.

In competition we trust

Remember when I said earlier that somehow, placing trust in Apple was easier? Well, I think it’s because we see the logic in their actions, even if we don’t know we do. After all, it’s not the first time they “got” something better than the state (more on this in future articles).

If I had to pinpoint it, I guess I would say that governments are too sure of their place and can afford to act as they please. Sure, there’s the UN and other human rights organizations, but no matter where we place our trust, the government’s survival is practically guaranteed. Unlike Apple or Android, governments are not immersed in competition… For now.

Ultimately, if we look back, we can identify two features Apple/Google have that states often don’t:

Perhaps governments are too sure of their place nowadays and naturally, let our trust and satisfaction slip from their prime concerns. Unfortunately for them, however, care and efficiency matter too.

If simply saying it isn’t enough, perhaps governments should bear in mind that our world is no stranger to revolutions, and that even the Roman Empire was conquered.

If nothing more, governments need to realize that although Neo-Technologism¹ is now just an idea, “Ideas are bulletproof”²

2. A quote by V from the movie “V for Vendetta”