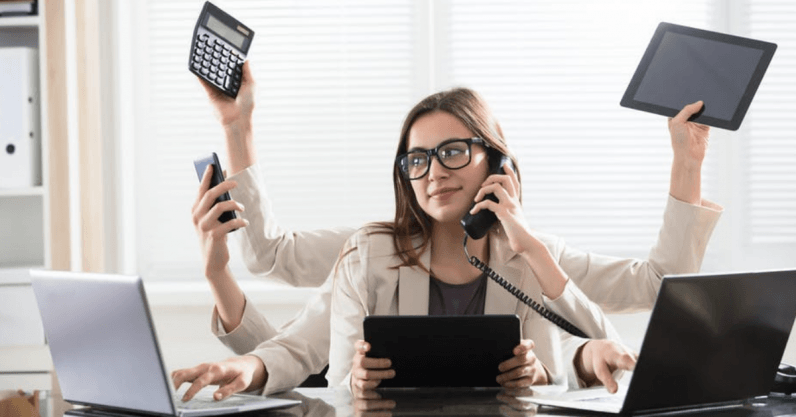 How many times have you sat down to watch TV or a movie, only to immediately shift your attention to your smartphone or tablet? Known as “media multitasking,” this phenomenon is so common that an estimated 178m US adults regularly use another device while watching TV.

While some might assume that frequently shifting your attention between different information streams is good brain training for improving memory and attention, studies have found the opposite to be true.

Media multitasking is when people engage with multiple devices or content at the same time. This might be using your smartphone while watching TV, or even listening to music and text messaging friends while playing a video game.

One recent study looked at the body of current research on media multitasking (consisting of 22 peer-reviewed research papers) and found that self-reported “heavy media multitaskers” performed worse on attention and working memory tests. Some even had structural brain differences.

The study found that “heavy” media multitaskers performed about 8-10 percent worse on sustained attention tests compared to “light” media multitaskers. These tests involved participants paying attention to a certain task (such as spotting a specific letter in a stream of other letters) for 20 minutes or more.

Researchers found that on these tests (and others) the ability to sustain attention was poorer for heavy multitaskers. These findings might explain why some people are heavy multitaskers. If someone has a poor attention span, they may be likely to switch between activities quickly, instead of staying with just one.

Heavy media multitaskers were also found to perform worse than light media multitaskers on working memory tests. These involved memorizing and remembering information (like a phone number) while performing another task (such as searching for a pen and piece of paper to write it down). Complex working memory is closely linked with having better focus and being able to ignore distractions.

Brain scans of the participants also showed that an area of the brain known as the anterior cingulate cortex is smaller in heavy multitaskers. This area of the brain is involved in controlling attention. A smaller one may imply worse functioning and poorer attention.

But the news isn’t all bad for heavy multitaskers. Curiously, this impairment might have some benefit. Research suggests that light media multitaskers are more likely to miss helpful information that isn’t related to the task they’re currently performing.

For example, a person may read with a radio playing in the background. When important breaking news is broadcast, a heavy media multitasker is actually more likely to pick it up than a light media multitasker.

So should you avoid media multitasking? Based on current research, the answer is probably yes. Multitasking usually causes poorer performance when doing two things at once, and puts more demands on the brain than doing one thing at a time.

This is because the human mind suffers from an “attentional bottleneck”, which only allows certain mental operations to occur one after another.

The effects observed in controlled laboratory settings are also generally rather small and most likely negligible in normal everyday life. Until we have more research, it’s probably too early to start panicking about the potential negative effects of media multitasking.

This article is republished from The Conversation by André J. Szameitat, Reader in Cognitive Neuroscience, Brunel University London under a Creative Commons license. Read the original article.

Read next: Day 7 of TNW’s Advent Deals: Sennheiser headphones, a speaker, and a pocket printer