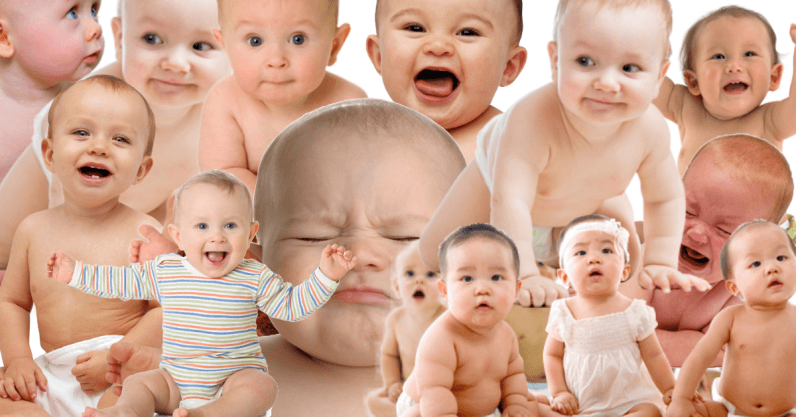 Felicity Boardman: The birth of a child with genetic disease is generally an unexpected event. The parents of these children typically won’t have a family history with the condition, or even be aware that they are genetic “carriers”: that they can transmit a genetic condition to their offspring, but do not have it themselves.

Indeed, there are currently only two carrier screening programs active in the UK that are implemented during pregnancy (one for for thalassaemia, and the other for sickle cell trait). So for most parents, discovering the condition in their family occurs through their child’s diagnosis, either through the newborn heel prick test, or following the onset of symptoms.

Even in cases where a genetic condition in the foetus is identified during pregnancy, the options for would-be parents remain extremely limited. Many of the most common genetic conditions still lack effective treatments or cures.

This means that, for many parents, the information leads to a decision about whether or not to terminate the pregnancy, or continue in the knowledge that the child will have the condition.

The introduction of genome editing, however, signals a dramatic departure from this usual pathway through reproductive care. Although the foundations of genome editing were laid initially in the 1960s when proteins were first used to “cut” DNA, the recent development of new techniques and technologies (such as CRISPR-Cas9) has made genome editing more precise, more cost-effective, and consequently more accessible than ever before.

By intervening before a child is even born, the use of genome editing in human reproduction has the potential to alleviate some of the complicated and painful decisions around pregnancy termination – by providing a reproductive option that has, up until now, not been possible. That is, the possibility of removing the disease-causing genetic variant, while simultaneously preserving the life of the foetus.

Helen O’Neill: Genome editing indeed marks a significant shift, and not only in the area of reproduction, but also in the direction of tailored treatments and personalized medicine. It offers hope to those who, before now, have not had any better options than prescriptions and palliative care.

It’s an incredibly exciting time for such research both in terms of discovery and diagnostics. The advent of CRISPR genome editing has catapulted previous efforts in genomics and is being adopted globally. My research, for example, uses CRISPR genome editing to assess the treatment and understanding of sex chromosome disorders and neuromuscular disorders.

The use of genetic technologies in reproduction is frequently criticized for harboring eugenic undertones. But genetic selection occurs with or without these technologies. For example, we make decisions about the genetics of our future offspring when we choose our mate.

We make decisions about the health of our future offspring when we take supplements such as folic acid and improve our diet during pregnancy.

Decades of research have yielded ever-increasing information about how we can protect and nurture our embryos, not only by including essential macronutrients but also by excluding harmful exposures such as alcohol and tobacco. We don’t ignore these welfare warnings. Nor is it considered elitist to adhere to them by choice to deliver a healthy baby.

But when comparing these genetic prompts to more purposeful permutations of our genetics using gene editing technology, the rationalization for wanting a healthy baby somehow becomes displaced with irrational ideas about the creation of a “perfect” baby.

It is true that advances in research rarely lend themselves so quickly to clinical adoption. But safety is obviously the number one prerequisite for any research development to become medical practice.

Proceeding with such medical advances will always be subject to rigorous oversight. So for many, genome editing – and the era of personalized medicine – is not something to be feared but embraced.

FB: While caution is a good thing, fear of the technologies can make meaningful and progressive debate quite difficult. The association of genome editing with “designer babies”, for example, although making for catchy headlines, masks the intended uses of the technologies.

The connotations of frivolity, commercialism and superficial decision making that comes with the term “designer” does a great disservice to the parents in these difficult situations who are facing complex and often deeply painful decisions.

HON: Yes: the term “designer” suggests that there is an element of choice and privilege to a baby that may be born with an edited genome.

In fact, the opposite is more likely to be true; people will not edit the genomes of their embryos out of choice, but because they have no choice if they are to deliver a healthy, viable baby.

And as it stands, we are still debating the number of genes in the human genome and certainly do not know what all of the genes do.

Even if we did, the unpredictability in the mechanism of genetic crossover between parental genomes precludes any realistic control or prediction of the majority of traits. Choosing partners based on what we see on the outside is a far more reliable method for designing our babies’ appearance.

There is no doubt that a subject like this needs widespread discussion and debate and in fact recent surveys show that the public are optimistic about genome editing for curing diseases, but there can also be a lack of trust about the intended use of this technology. The distraction from the good that this technology can do is frustrating as a researcher.

We should not extrapolate the worst possible outcome which encourages unrealistic and disingenuous ideas focusing on dystopian scenarios.

FB: I think some of this mistrust stems from fear of the unknown and a concern that this technology stands to alter not only our biology, but also our society. People with genetic disabilities, for example, those with spinal muscular atrophy, haemophilia and cystic fibrosis (who I work with during my research), are set to be impacted by the consequences of genome editing, yet they are not always included in stakeholder debates as much as they could be.

This is in spite of the fact that people with disabilities have much to contribute to our understanding of what life with genetic disease is really like. Insights that are highly relevant to decisions about which conditions are suitable candidates for genome editing.

HON: But the use of genome editing can also be seen as addressing some of the objections to prenatal testing and pregnancy termination raised by disability rights supporters.

By treating the foetus’ or embyro’s condition, rather than terminating them, genome editing may be an attractive alternative for those who disagree with pregnancy termination or embryo disposal on the grounds of disability or otherwise.

FB: That’s of course true, but for some, this development is regarded as coming at a cost. Genome editing not only changes the genome of the embryo it treats, but also that of every generation that comes after it, and so critical questions still remain about how and when it would be ethically and socially appropriate to implement it.

Indeed, it has been suggested that over time, genome editing could effectively remove particular disease-causing traits from the human gene pool.

While this may seem a positive development to many people, the question of which conditions and traits genome editing should be used to treat, and which it should not, is far from straightforward. Research I have conducted with families living with a range of conditions that could all one day be candidate conditions for genome editing, for example, has revealed that a person’s relationship to their genetic condition is often complex.

For some, their disability is an integral and valued part of their identity, while for others, an unwelcome burden. As such, ascertaining the quality of life of a person with a genetic disorder (particularly before birth) is a near impossible task.

As genome editing technologies move into mainstream healthcare and become widely adopted, it is possible that would-be parents will feel under pressure to use them. This is a concern that has long been raised in relation to informed consent and antenatal screening for Down’s Syndrome.

The potential stigmatization and branding of parents who forgo the technologies as “selfish” or “irresponsible” needs to be seriously considered, as well as the possibility that this stigma could extend to the disabled people already living with “editable” conditions (the numbers of whom are likely to reduce over time).

Indeed, the public profile of these (often rare) genetic conditions will shift and alter through the use of genome editing – from conditions once considered “chance” occurrences, to preventable diseases. This change is likely to have social consequences, as well as biological ones.

HON: It is essential to put genome editing in context with what is already available in terms of screening and pre-implantation genetic diagnosis – which has been available for 30 years.

With this, every single condition needs to be appraised and legally approved before it can be tested for. And ultimately, the decision comes from the parents.

It is also important to remember that we cannot predict the pattern of genetics or the heritability of disorders. So suggesting that conditions would be “eliminated” is certainly not the goal of researchers, nor is it realistic. Not all genetic disorders are inherited from the family line, many are sporadic or “de novo” mutations which occur through chance.

While germline genome editing certainly has consequences for future generations, many current standard treatments are not ideal and have unwanted side effects, but they are the best we currently have. Take for example cancer radiation therapy, which not only alters, but destroys, the germline.

More research is critical. We know less about the early developmental stages of a human embryo than we do of mice, worms, flies and fish. Knowledge is the most powerful prescription you can give, but it comes with a burden.

It is important that with each new discovery we are able to fully consolidate our knowledge before advancing to the next level in research.

FB: I agree – and also think it’s important to note that we need more research that explores the technologies from a range of vantage points. Currently, there is a lack of dialogue between the various disciplines working in this area, including geneticists, scientists, bioethicists, sociologists and disability studies scholars.

By removing some of the disciplinary divisions, we may better be able to see the full consequences of the technologies for everyone whose lives will be affected by them, the list of which seems to be ever-expanding.

This article is republished from The Conversation by Felicity Boardman, Assistant Professor in Social Science and Systems in Health, University of Warwick and Helen O’Neill, Lecturer in Reproductive and Molecular Genetics, UCL under a Creative Commons license. Read the original article.

Read next: Why Indonesia’s tsunamis are so deadly, as explained by science