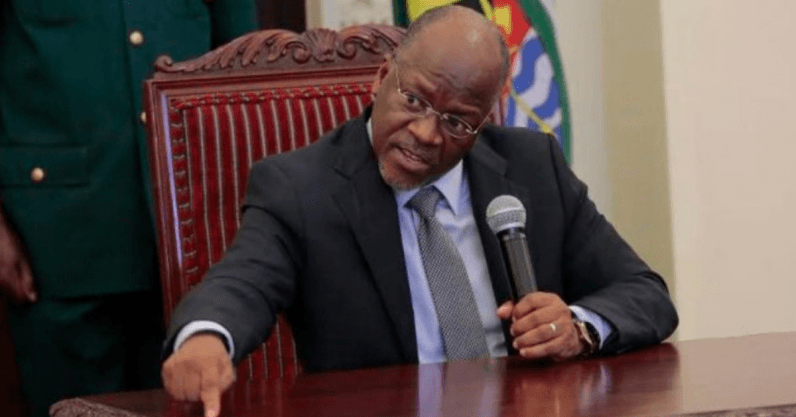 Earlier in 2018 Tanzania’s government, under the leadership of President John Magufuli, introduced a new law for social media and blogs which saw the introduction of license fees for anyone effectively running a website in Tanzania. This led to the suspension of several blogs including the popular site, Jamii Forums.

As if that wasn’t enough, Magufuli and his colleagues are now looking to outlaw fact checking thanks to proposed amendments to the Statistics Act, 2015.

“The principal Act is amended by adding immediately after section 24 the following:  24A.-(1)Any person who is authorized by the Bureau to process any official statistics, shall before publishing or communicating such information to the public, obtain an authorization from the Bureau. (2) A person shall not disseminate or otherwise communicate to the public any statistical information which is intended to invalidate, distort, or discredit official statistics,” reads the proposed amendments to Tanzania’s Statistics Act, 2015 as published in the Gazette of the United Republic of Tanzania No. 23 Vol. 99.

The other proposed amendments are possibly justified and not at all bad. As Aidan Eyakuze, Executive Director at Twaweza, highlights for instance, the section which stated that people who publish statistics that are false or “may result to the distortion of facts” has been removed.

However, the new proposed amendments, are nothing short of censorship. This means that whatever statistics the government of Tanzania publish, or any of its associated organizations will be considered as final irrespective of whether they are factual or not. Furthermore, any discussions by anyone without “authorization” who queries or points out any such statistics as incorrect will effectively be illegal and such person be prosecuted.

It doesn’t stop there though as Eyakuze elaborates.

“Further, publication of any statistical information that contradicts, or merely cast doubt on, official statistics, could be prohibited under this amendment.”

It isn’t rocket science to realize what the benefits of accurate and factual data are for a government. Not only does it help with planning and development, but also assists the state to back up their funding requests when they need money for infrastructure development among other things.

Thus, it is concerning that Tanzania’s authorities would adopt such a stance and look to make it illegal for independent statisticians not only to collect their own data and publish it, but also not be able to query the data the government publishes.

“We need them to get a more accurate reading of our airspeed and to ensure there is sufficient lift under our collective wings. Amendments to Tanzania’s Statistics Act must promote, protect and defend independent statistics,”concludes Eyakuze.