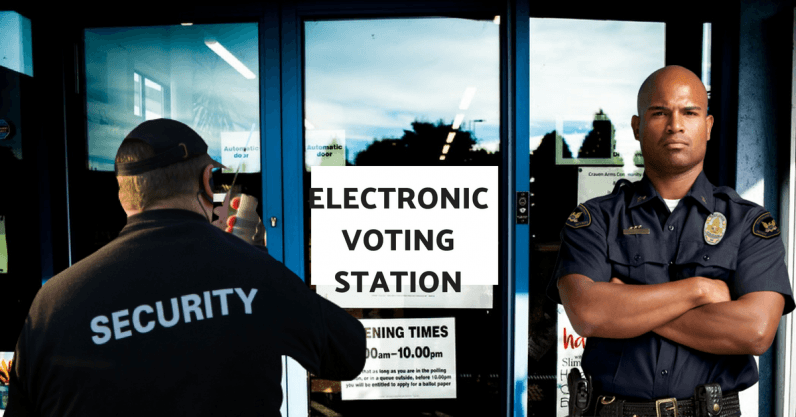 Apart from their vulnerability to hacking, there is a possibility that the QR codes used by the electronic voting machines could compromise voter and ballot secrecy.

Since the first time that the DRC’s Independent National Electoral Commission (CENI) proposed the use of electronic voting machines for the 2018 general elections, civil society organizations, and pro-democracy movements based in the DRC and around the world have been crying foul.

Technical experts and security researchers identified significant similarities between the electronic voting technology currently proposed for implementation in Congo and models previously planned – and ultimately declined – for use in Argentina’s 2017 national elections.

Iraq’s current electoral dispute shows how glitches in unfamiliar technology can trigger contested election results,” reports The Sentry, a team of policy analysts, regional experts, and financial forensic investigators that “follow the money” in order to create consequences for those funding and profiting from genocide or other mass atrocities in Afrika.

Electronic voting machines could be hacked

However, Argentina eventually never used the machines citing security concerns including them being vulnerable to hackers.

Despite these security concerns, the DRC’s government, along with CENI, has insisted that it will go ahead to use the electronic voting machines.

“It’s not a machine to cheat,” Jean-Pierre Kalamba of CENI is reported to have said on Top Congo FM.

Kalamba added that the goal is to get the machines into “every nook and cranny” of the country, with plans to deploy over 100,000 of the electronic voting machines.

Read next: The next iPad Pro might ditch the home button and bezels