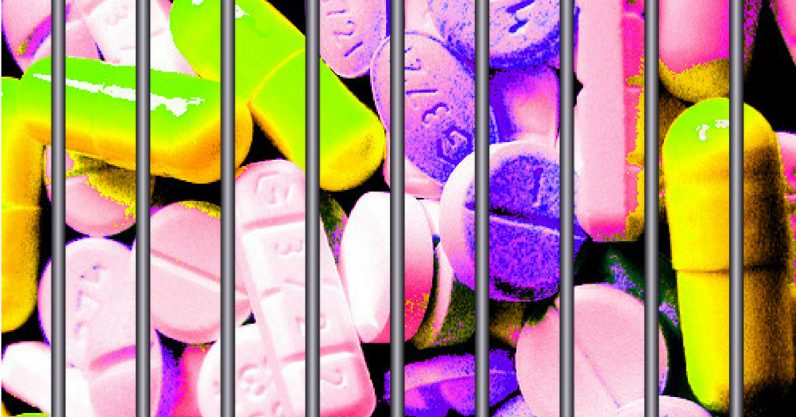 A few years ago, philosopher and academic Rebecca Roache published a provocative blog post about the future of punishment. At the time she was connected with Oxford University’s Future of Humanity Institute, a group which includes noted transhumanists looking for ways to extend human life with drugs, robotics, and more out-there concepts like mind transfer – whereby a person’s brain is copied to a computer server in order to live on indefinitely, without a body.

Roache argued that such developments might offer all kinds of efficiencies for the prison industry. Robots, for example, could be drafted in to do the often physically and mentally challenging work of guarding prisoners. If you could extend life expectancy or reverse the aging process, you could beef up sentences. Roache imagined a pharmaceutical breakthrough in the form of a pill that could make a criminal experience what would seem like longer sentences by altering their perception of time.

A drug like this would give judges the option of handing down longer-than-life sentences without the costs, slashing the expense of housing an expanding prison population (at what is currently an annual rate of more than £30,000 per prisoner). Roache’s pill prisoners will have done their time and be back on the streets the following day, for the cost to the state of a pill and a bed for the night. Mind transfer might achieve even better results.

“Between sunrise and sunset, then, the vilest criminals could serve a millennium of hard labor and return fully rehabilitated either to the real world (if technology facilitates transferring them back to a biological substrate) or, perhaps, to exile in a computer-simulated world,” wrote Roache.

Roache’s post provoked a minor scandal. It was picked up by the Telegraph and the Huffington Post, and a piece in the Daily Mail wrongly described Roache as a scientist rather than a philosophy academic. The story became that Roache was heading a lab team developing these products for the market. Even though Roache did interviews and wrote a follow-up post clarifying her position, outraged bloggers accused Roache of advocating torture. Someone on Twitter compared her to the Nazi medical experimenter Joesph Mengele. A blog commenter proclaimed, “We should extend her life… on the RACK!”

I went to meet the professor at her new office at Royal Holloway University. Roache seemed unfazed by the row her research had caused. “Some of the reports said I was in charge of a team of scientists developing torture methods. You know, if I had been, then I would be fair game,” she says. One thing Roache was surprised by is how squeamish some of us seem about thinking of prison as punishment, when in fact there’s no other way to consider the modern system.

“I didn’t imagine that the idea – the very idea – of retributive punishment would be particularly controversial, but it did seem to be, among the people who replied to me. I got a lot of messages saying we shouldn’t be punishing people at all, which was kind of… interesting.”

She is still working on prisons, giving talks on “cyborg justice”, but her original research paper on the subject remains unfinished. “Really it’s a book,” she says. So far, her major finding is this: we’re not at all sure what we want out of prison.

“The most interesting thing about fantasy technology is how that it invites us to think about old issues. What society expects from prison is quite complicated I think, because everyone knows it doesn’t stop people. It’s not a good rehabilitation programme. It’s sort of the reverse if anything. Yet we still send people to prison. So I think there’s a case for examining what we’re doing there… What do we want to achieve, what do we want to be the result of sending someone to prison? I don’t think we ask that enough, to be honest.”

Seismic technological advances promise to change the human experience in ways that will inevitably impact the punishment experience, and perhaps will provide a sort of reckoning moment on what we are trying to do with prisons. The radical ideas of transhumanists may sound like science fiction, but they are attracting billions of dollars in funding from Google and other Silicon Valley giants.

If we don’t wrestle with these questions, Roache says, prison could well become a more Draconian punishment by default. Doing nothing arguably means passively creating cruel and unusual punishment in prisons: “The technologies might come along and end up being integrated into the justice system whether we like it or not.”

The most insidious impact of technology might be its continued absence within prison as it continues to change more of our professional and social lives. In small ways technology has already made prison more punitive by its absence. As more of our life is conducted online, restricting internet access in prison creates a more and more drastic contrast between life inside and outside. Roache imagines a scenario in which depriving prisoners of internet access may come to constitute an abuse of human rights (indeed, many campaigners say it is).

“Say in a few years we have SIM cards implanted in us instead of our phones – and you don’t want people to have access to their phones when they’re in prison – then you’d be talking about a surgical procedure to remove them. Making that part of the punishment. Presumably, you wouldn’t get permission from many people,” she says.

“Once we’ve figured out what the aims of punishment are, we can look at the technology being used to help us achieve those aims more accurately.”

While considering how technology might better achieve justice, Roache regularly came back to the horrific case of Daniel Pelka, a child tortured and murdered by his parents, Mariusz Krężołek and Magdalena Łuczak, in Coventry in 2012. Pelka’s parents were both given life sentences and were required to serve a minimum of 30 years (Łuczak later committed suicide in prison). “Which would you rather?” asks Roache. “Thirty-three years in prison or the fate of the child?” Roache.

(It’s worth noting that a “whole life order”, a harsher sentence than the sentences imposed in the Pelka case, entails life imprisonment with no chance of parole.) In the face of the most heinous crimes, a few decades in prison can, to some, seem inadequate punishment.

While many of us might hold vague ideas about prisons as centres of rehabilitation, or deterrents against crime, the UK’s recidivism rate and ever-growing prison population demonstrate that neither of these is a priority (UK recidivism rates are at around 50 percent for young offenders. More than 60 percent of those serving less than 18 months re-offend within a year of release). Even if all were to all change, Roache now believes society would still need to punish criminals. Roache says this research has challenged some of her own progressive views about the importance of rehabilitation in prison and that idea that retributive justice was ‘old testament’.

But if we didn’t all see people being punished, we might be out on the streets dishing out vigilante justice. “That idea of deserts – that you’re punished because you deserve it – I don’t think we can get away from,” she says.

Read next: Report: Apple's iPhones are all getting OLED screens next year