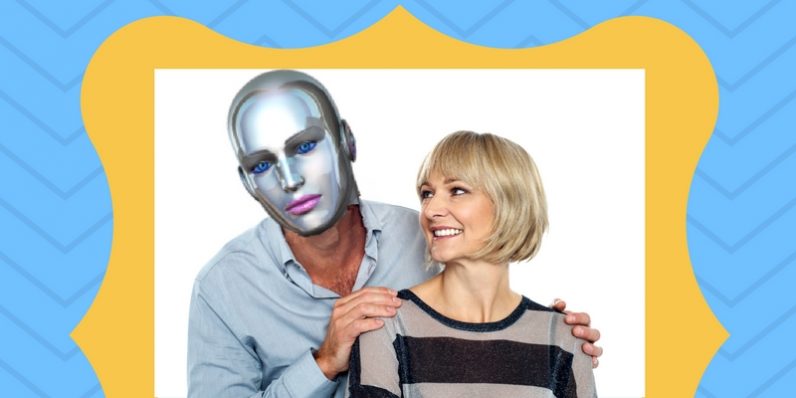 If we feel the technology we rely on is changing us, can we trust that change?

After all, the revolution of today is the mundane of tomorrow. Our successors will find the moral panics around smartphones as quaint as we now think of 20th-century moral panics over television.

That isn’t to deny that technology changes us — just that humanity is endlessly adaptable, and we can find ourselves within a new normal with startling rapidity.

We will always be living part-biological, part-technological lives because that’s what humans do. We invent, we adapt, we manipulate and adjust—and we try and understand those processes, to welcome or to fear them.

As a part of our series on the Human Machine, I’ve curated lists of must-reads, -sees, or -listens on the increasingly blurry line between humans and technology. For every part of the body, there is some story to be told about the future of the Human Machine.

Whether you’re new to the field or cyborg is your middle name, and if you like to read, here’s your ultimate study guide on everything you need to know about cyborgs.

READ: A profile of technologist Manfred Clynes, who coined the word “cyborg” in 1960 with his colleague Nathan Kline [5-minute read]
READ: “Cyborgs and Space,” the paper in the journal Astronautics where Clynes and Kline explored their concept of the cyborg. [10-minute read]
READ: Hari Kunzru’s profile of Donna Haraway for Wired, feminist theorist and critic of the “nature”/“technology” binary [10-minute read]
READ: Donna Haraway’s 1984 text “A Cyborg Manifesto”—dense, academic, and extremely influential since its publication [30-minute read]
READ: “50 Posts About Cyborgs,” collected by Tim Maly in 2010, the 50th anniversary of the word; everything here is rad [Many-minutes read]
READ: “What’s a cyborg?”—Tim Maly’s introduction to the above project, an exploration of how the word has changed [6-minute read]
LISTEN: To Kraftwerk’s “The Robots”:

READ: Micheal Specter in The New Yorker details how researchers realized CRISPR allowed them to rewrite life [24-minute read]
PLAY: The New York Times has a quiz that explains just what is, and isn’t, within the realm of possibility with gene editing [4-minute play]
READ: As human embryo editing becomes a realistic possibility, scientists are more open about ethical concerns [5-minute read]
READ: “The rise and fall and rise again of 23andme”, about the world’s largest private gene testing company [10-minute read]
WATCH: Dystopian sci-fi thriller Gattaca, which imagines a world of eugenics and open genetic discrimination:

And finally, some suggestions from other members of the Human Machine Reading Club:

Michael Condra says that The Age of Edison: Electric Light and the Invention of Modern America — about the radical social and cultural changes brought by the introduction of modern lighting — is one of his favorites.

Dante Kienigiel goes further and recommends the ten books of Iain M. Banks’ Culture series, which “shows a possible scenario for our future, with stuff ranging from genetically modified ‘pan-humans’ to artificial superintelligence.” They generally can be read in any order, so start with The Player of Games.

Eli Lee says: “As an introduction to the history & context of the internet, and cyberculture, and digital utopianism (which I can’t help but still find fascinating), Fred Turner’s book From Counterculture to Cyberculture: Stewart Brand, The Whole Earth Network and the Rise of Digital Utopianism is amazing, and I still consider it one of the most thorough non-fiction books about, like, the pre-history of cyberculture around.”

Regular Next writer Corin Faife “highly recommends The Dispossessed by Ursula Le Guin for a great speculative exploration of how anarchism would play out on a planetary scale — it goes into lots of detail about how science and technological progress functions in such a world.”

Blake Hallinan “got a lot of joy out of Douglas Adams’ 1990 doc Hyperland”, where Adams falls asleep in front of the TV and dreams of new ways of consuming information.

Plus, check out Gilles Deleuzes’ “Postscript on the Societies of Control”.

…and finally, here are some concluding recommendations from the rest of the Next team.

Anjali Ramachandran points to this summary of the Biohacker movement in Latin America, starting with the iGEM competition at MIT that arguably gets a lot of amateurs across the world into this space in a big way.

Elizabeth Minkel offers up Abby Smith Rumsey’s When We Are No More: How Digital Memory is Shaping Our Future. “If you’re interested in the relationship between our memory and digital technology, then this is highly recommended. (See also, of course, Nicholas Carr’s The Shallows.)”

Darren Garrett sings the praises of the 1957 forebear of cyberpunk, The Stars My Destination, “Alfred Bester’s tale of revenge and the deadly and inventive modifications used by the hero to execute that revenge.”

This article was originally posted on Medium.