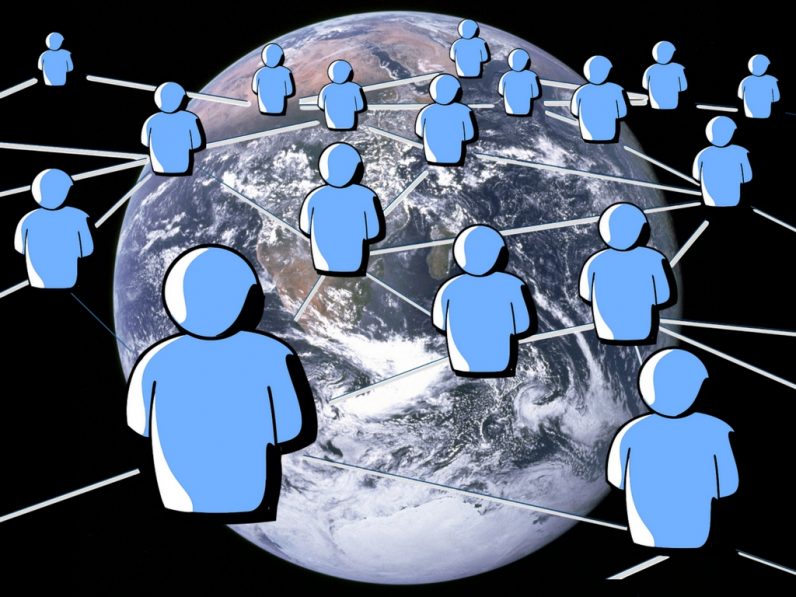 When one talks about blockchain, the focus is usually on the technological side or on how to apply it to business. Less common, however, is to hear about it in the context of, for example, delivering aid, assisting refugees or helping to achieve one of the Sustainable Development Goals.

While humanity has never been in a better place, with so many people living under democratic governments and having access to basic services, there is still a lot of work to be done. Since the distributed ledger currently seems to be the solution to any problem imaginable, can it also be used as an ally in the fight for human rights and dignity for all?

Perhaps not surprisingly, we think it can.

By bringing a new way to store and manage information, it can lead to increased transparency, accountability and efficiency. Those, in turn, can help humanitarian institutions to become more proactive and less reactive in their work with vulnerable populations. As challenges become more global and complex, decentralized systems aiming to solve them become increasingly relevant.

Ensuring that aid arrives where it is supposed to

One of the biggest criticisms regarding humanitarian institutions is the lack of transparency.

It is estimated that around 30% of development aid does not reach the correct destinations because of corruption (and that’s a conservative number). Storing information in a blockchain can make it easier to verify if the money or asset (food, medicine, supplies) donated was delivered to the place it was intended to.

Take the World Food Programme’s Building Blocks project, which has distributed the equivalent of U$ 1.4 million in food vouchers to more than 10.000 Syrian refugees at the Azraq camp, in Jordan, since May.

In it, instead of transferring resources to a financial intermediary, who would create accounts for the refugees and allocate their funds in each shop, the WFP registers the funds allocated to each individual on a blockchain. With that, the person can then go to a regional market, get their iris scanned and get what is entitled to them, eliminating the intermediaries and greatly reducing the space for corruption.

The costs associated with the financial management of the operations, in this case, were reduced by 98%.

More than 65 million people on the planet now are refugees or one in every 113 people, and the numbers just keep on rising. If blockchain can help in the delivery of aid to populations displaced because of armed conflicts or climate change, this can be a good time to start.

The lack of personal documents leaves people virtually “invisible” to their governments, rendering them unable to access public services such as education and healthcare, as well as putting them in positions of extreme vulnerability.

In a world in which nearly half of the children under five years old do not have a birth certificate, for example, the risk of child trafficking for purposes of slavery, sex and organ trade is, to say the least, a very real concern.

To fight that, the United Nations is currently developing a pilot in collaboration with the World Identity Network to register kids in vulnerable areas and store the data on a blockchain, making it harder for child traffickers to forge documents and illegally transport children to other countries.

Not having personal documentation is also a problem faced by refugees, who often leave their homes carrying a minimal amount of possessions and face risky journeys in which they lose even the little they have. To a lesser extent, migrant workers have similar issues.

The immutable and tamper-proof blockchain records may act as a way to protect identities regardless of where a person is.

And so much more…

Tracking aid delivery and providing proof-of-identity are only two of the many potential uses of blockchain technology for humanitarian purposes.

It can also be a valuable tool in providing financial services to “unbanked” populations (currently more than 2.5 billion people) or registering land titles in contested zones.

Overall, blockchain has a great potential to generate positive social impact and value. That does not mean, however, that using it for social initiatives will be without its fair share of challenges. As with any implementation of the blockchain, there are the issues of scalability and education, but humanitarian action brings its own particular challenges.

Privacy, for example, will become an increasingly sensitive issue. When a group of people is already vulnerable, how do we ensure that undue disclosures of their personal data do not make them even more exposed? How much information about a person should be collected in order to unlock services, and who is allowed to see it? Even more, how can vulnerable people access the system? Do they have a choice in what happens to their data? Who is responsible for inserting the data in the ledger, and if the data is wrong, how to correct it when the system is supposed to be immutable…?

The questions abound and the answers are far from clear.

The debate on the use of blockchain is always filled with technological, legal or economic considerations, but with the potential humanitarian uses starting to be developed, we now need, more than ever, to keep ethics in mind. It is a fact that there is much active promise in distributed ledgers.

Let’s not forget, however, that the very first principle of humanitarian work is a defensive one: do no harm.

Now let’s go save the world.

This article was written by Jay Hamideh, and was originally published on Arctic Startup

Read next: The OnePlus 5T now comes in a gorgeous Sandstone White