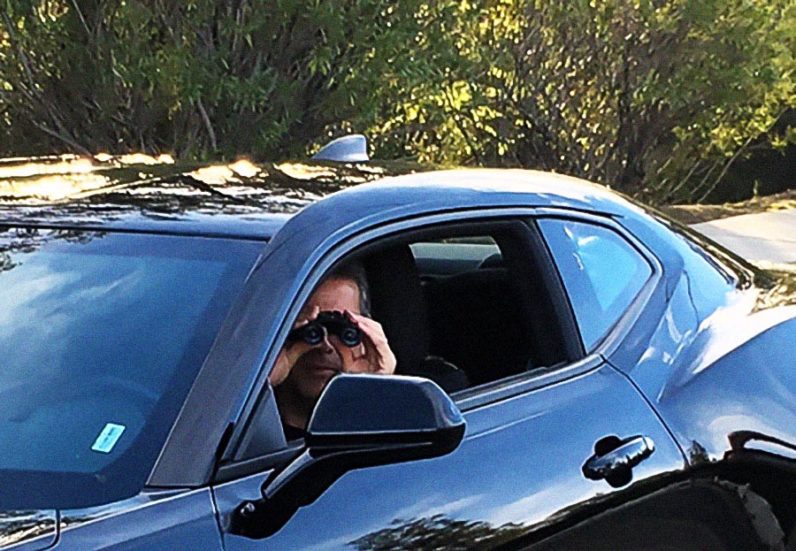 Today, the 1940s Hollywood version of the fedora-wearing, cigarette-smoking, down-on-his-luck private dick chasing down a femme fatale has gone the way of Blockbuster and other old-timey industries and professions. Same for the investigative work of Sherlock Holmes, the Hardy Boys and Magnum P.I. In fact, the lone-wolf private eye has more or less been replaced by corporate investigation services that are mostly concerned with running employee background checks.

Nonetheless, people still cheat; people still fall off the grid; and people still want to find the one that got away. That’s typically when Jay Rosenzweig’s phone rings. A private investigator since 1982, JR (as he goes by) has seen the business change thanks to Google, Facebook and all the other ways private information goes public these days. But he also knows that sometimes even the most thorough internet search still can’t beat good ol’ gumshoe.

There was a time in the 1980s when I had no choice but to follow a person from their office to a sketchy motel to find out if they were cheating on their spouse. Nowadays, I just use my computer to do practically the same thing. I create a fake profile, pose as a potential match and carry on a short dialogue.

For example, the other day, a woman asked me to find out if her daughter’s boyfriend had a criminal record. I sifted through a bunch of digital court records to find all the things he was charged with, when he was charged and what the sentence was. In all, this guy had close to 50 felonies in 10 different counties and 10 different states. In the old days, it would’ve taken a team of investigators weeks to travel to all these jurisdictions and mine through police reports. It took me a day doing it by computer.

The problem with with all of this — the new laws and the dawn of the internet — is that it’s made a lot of private investigators lazy. In fact, it’s gotten to the point where many P.I.s won’t even leave their offices.

But here’s why they should, and why the internet by itself can’t do their jobs for them: In the early 1990s, one of my cases involved a client who was worried that his father — a wealthy older man in his 70s who had suddenly left his family to move to Vegas with a woman 30 years younger than him — was being taken advantage of. My job was to go there and do some surveillance. I brought my wife with me, who also had her P.I. license, but was a practicing attorney.

After about an hour of sitting in our car outside the man’s house, my wife looks at me and says, “I’m going in.” An hour later she comes back out and tells me, “You’re never going to believe what I found out…” Under the ruse that she was looking to move into the neighborhood, she discovered that both the man and woman were HIV positive and living together as part of a support group. The man was too afraid to tell his kids the truth. Also, the woman was married. Her husband was working in Reno to pay her medical bills.

No amount of online investigation would have ever uncovered this. But just a few hours in the field did.

I’ll give you another good example of where fieldwork can’t be replicated with a machine: In 2007, I was hired by a couple who wanted to locate their bipolar son who had disappeared and moved to L.A. All they wanted me to do was to deliver a backpack to him with some of his belongings. They also wanted to make sure he was still alive.

I started my search in Santa Monica and Venice. After a week of going to every homeless shelter and soup kitchen in the area, I paid a homeless guy $20 who told me to stand where I was standing for the next 20 minutes and that the person I was looking for would walk by me. I thought I was going to get jumped, but 20 minutes later, the guy walked right by me. I handed him the backpack and took a picture of him to prove to his parents that I’d found him. Two years later, they asked me to find him again, and within in an hour, I found him at the Santa Monica Library because one of the few things he told me when I found him the first time was that he liked to read.

Like I said, I don’t do as much fieldwork as I used to, but every now and again, I’ll have to knock on a few doors, stake out a Starbucks and/or interrogate a barista in order to put together a timeline to locate a missing person.

It’s certainly not a Hollywood detective movie from the 1940s, but it’s still a game of hide-and-seek.

This story is republished from MEL Magazine, a new men’s digital magazine that understands that there’s no playbook for how to be a guy. Sign up for thei newsletter here and follow them down here: