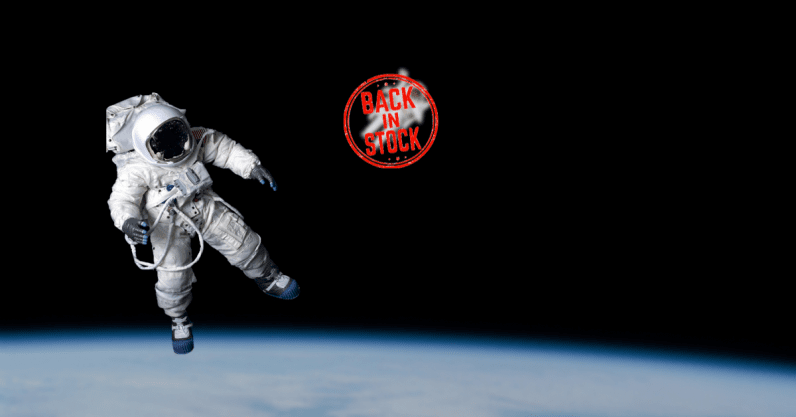 In March, NASA announced plans to conduct its first ever all-women spacewalk with astronauts Christina Koch and Anne McClain. However, what would have been a giant leap for womankind was canceled — because NASA hadn’t packed enough spacesuits.

Now the space agency has announced it will finally make history on October 21, when Koch and Jessica Meir are set perform an excursion outside the International Space Station (ISS) — and making sure there are enough medium-sized spacesuits to outfit the female astronauts.

In the spacewalk back in March, McClain was replaced by a man because there was only one spacesuit available that could fit Koch and McClain. While the issue of space suit sizing may sound like an easy fix, fitting spacesuits isn’t as simple as it sounds, given the body grows taller in microgravity. But the incident raised questions around where women stand in a typically male-dominated industry — it seemed like this problem could have been avoided if more women were considered at the planning stage.

According to Kirk Shireman, NASA’s program manager for the ISS, the space agency is well-prepared for this month’s space walk with two medium-sized suits ready to go. The decision to launch a second medium-sized suit was down to the number of spacewalks NASA has planned this year; which is 10 in total.

Throughout NASA’s history, more than 500 people have ventured out into space yet only 11 percent have been women. But things are looking up as Koch and McClain were both part of NASA’s 2013 class which was half female.

During an interview on NASA TV, Koch and McClain were asked how they felt about their accomplishments being qualified by their gender. Koch replied with: “In the end, I do think it’s important because of the historical nature of what we’re doing and in the past, women haven’t always been at the table.”

On October 21 at 6:30 a.m (Eastern), you can watch live coverage of Koch’s and Meir’s spacewalk on NASA TV.