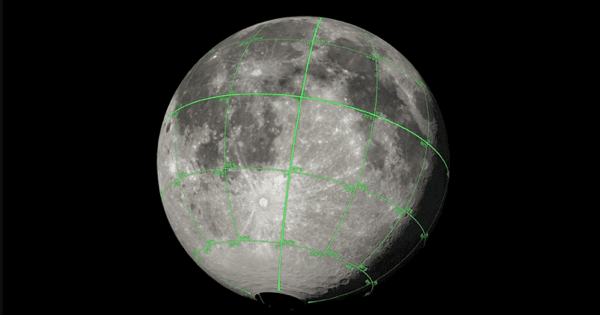 NASA’s Lunar Reconnaissance Orbiter (LRO) has been circling around the moon for almost a decade now. During this course, it has collected a ton of photographs and data on the moon‘s surface.

That data is now available for visual artists in the form of a 3D map with depth information. The space agency released the map in September, but, was highlighted by TechCrunch last Saturday.

LRO uses two main instruments to capture surface data of the moon: a multispectral camera and a laser altimeter. The camera captures images of different parts of the moon based on its position in the oribit, and the altimeter captures the topology of the surface.

Ernie Wright, a science visualizer, working at NASA has created this model from data provided by LRO. The map is in the form of a displacement map that uses different colors to denote topology instead of height.

Read next: Nuclear fusion won’t save us from the climate crisis