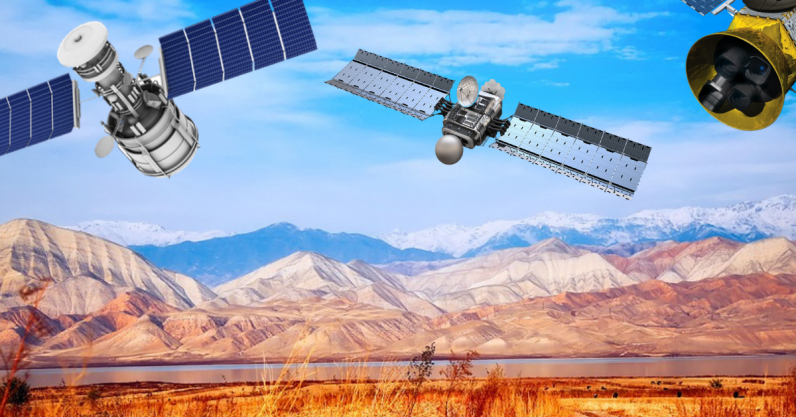 There are 13 countries in world that have built and launched satellites into space and 72 countries have their own space agencies. But Kyrgyzstan isn’t one of them, yet.

In the next two years, Kyrgyzstan could have its first space program, completely powered by a team of a dozen women aged from 17 to 25 years old.

The young women behind Kyrgyz Space Program are challenging gender norms by learning engineering and coding to build the country’s first cube satellite (CubeSat) — a miniature design that costs $150,000 to produce.

The program is part of the free satellite-building and robotics course launched by journalist and TED fellow, Bektour Iskender, to teach young women from his home country to build satellites.

“Women in our country are physically and spiritually strong. All we need is to believe in ourselves and get external support,” Kyzzhibek Batyrkanova, a member Kyrgyz Space Program, told TED-Ed blog. “The mission of this program is not just about learning how to make and launch a satellite. It’s just as important to be a role model for girls afraid to explore and discover their talents.”

The Kyrgyz Space Program started in March 2018 and meet twice a week in the Kloop offices — a media organization based in Bishkek with a reputation for being one of the most vocally supportive of feminist and LGBTQ projects in Asia.

The project is currently crowdfunding on Patreon, and the money raised will pay for the project in phases. The funding tiers have each been named after prominent women in science including Svetlana Savitskaya (the second woman in space) and Sally Ride (the first American female astronaut).

If the Kyrgyz Space Program can reach it’s goal, it will arrange for training from the team who launched Lithuania’s first satellite (also a CubeSat) in 2014.

At $5,000 a month, they’ll order the components needed for the CubeSat build, and $10,000 a month means they’d be able to build Kyrgyzstan’s first-ever satellite, send it to the International Space Station, and as their Patreon page explains, “have it launched onto the orbit.”

Kyrgyzstan is far from being gender equal. Last year, Reuters described it as  “a nation rife with domestic violence, child marriage and bride kidnappings.”

The Kyrgyz Space Program proves it’s only a matter of time before women from all around the world, regardless of economy and social standing, are leading us into space, and the future.

Read next: This gadget helps you sleep at 33,000ft by strapping your head to your seat