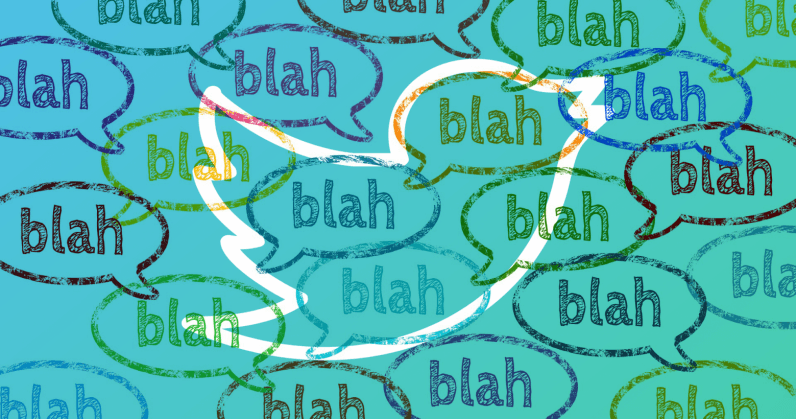 Last year, Twitter touted a handful of features meant to spur conversation on the platform. Or, “increase the health of public conversation,” as CEO Jack Dorsey told Congress last year.

At CES today, company representatives confirmed to Engadget that the features would roll out to certain users in the coming weeks as part of a public test.

The first of these was a Facebook-like presence indicator that displays when users are online. Presumably, it’s easier to start a conversation with people who are actively using the social network at the moment you want to talk to them… who knew? Depending on the variation Twitter chooses to roll out, this may also include a Slack-like status option that lets you include your current status beneath your username — #OnTheToilet.

Next is the “ice breakers” feature, a sort of canned message users can rely on to spark conversation with other tweeps. As The Verge first reported last year, the feature would look something like this:

Twitter is also considering allowing users to pin this ice breaker to the top of their profile, a built-in conversation starter for potential followers to connect with users on their terms.

Last up is a new take on threaded replies. Cooked up for users who still don’t realize they can reply to individual tweets within a thread — rather than the thread itself — these new replies make it super easy to not only respond, but to differentiate responses from the noise of others in the thread, as detailed by Twitter‘s Sara Haider in August.

hey Twitter. we've been playing with some rough features to make it feel more conversational here. presence and reply threading. still early and iterating on these ideas. thoughts? pic.twitter.com/3U3NvpHWPy

For Twitter, it’s good to see a return to features that better serve the community. While it’s unclear whether this will foster better communication, or have all but a minor bump in the level of user engagement, remains to be seen.

We have no timetable on when, or if, these features will be made available to the general public, but we’re just as excited as you are to try them out.