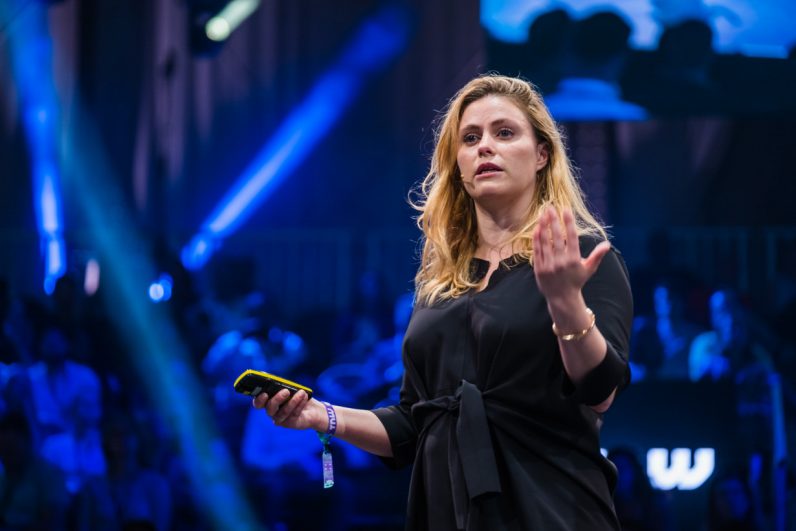 “Let’s try and have a conversation about fake news and disinformation campaigns without mentioning Donald Trump,” Camille Francois, director of research and analysis at Graphika, told the audience of her talk at TNW Conference today.

Although it might be tempting to bring up the Twitter-loving President, there’s plenty to dive into when discussing the wave of fake news, alternative facts, and disinformation campaigns that are rippling across the world.

“Disinformation campaigns, or fake news,” Francois explains, “is a concept we’ve known about for years, but few people realize how varied the concept can be and how many forms it comes in.”

When the first instances of fake news started to surface, they were connected with bots. These flooded conversations with alternative stories in order to create noise and, in turn, silence what was actually being said.

According to Francois, today’s disinformation campaigns are far more varied than just bots – and much harder to detect. For example, targeted harassment campaigns are carried out against journalists and human-rights activists who are critical of governments or big organizations.

“We see this kind of campaigns happening at large scale in countries like the Philippines, Turkey, Ecuador, and Venezuela. The point of these campaigns is to flood the narrative these people try to create with so much noise that their original message gets silenced, their reputation gets damaged, and their credibility undermined. I call this patriotic trolling.”

There are also examples of disinformation campaigns mobilizing people. This was evident during the US elections in 2016 when many fake events suddenly started popping up on Facebook. One Russian Facebook page “organized” an anti-Islam event, while another “organized” a pro-Islam demonstration. The two fake events gathered activists to the same street in Texas, leading to a stand-off.

This is a great and literal example of just how much polarization we can create with disinformation campaigns. The origin of these events were completely fake, but they mobilized so many people.

So where does that leave us? How can we stay ahead of shapeshifting disinformation campaigns, while retaining people’s democratic rights?

Francois explains how amazed she is that, in spite of social media being the main medium for these different disinformation campaigns, actual people also still use it to protest properly.

If we look at countries, like Turkey – where there’s a huge amount of censorship and smear campaigns directed at human right defenders and journalists – citizens around the world and in those places still use social media to denounce corruption, to organize human rights movements and this proves that we still haven’t lost the battle of who owns social media.

Read next: TNW asks: What's your worst career-related fuck up?