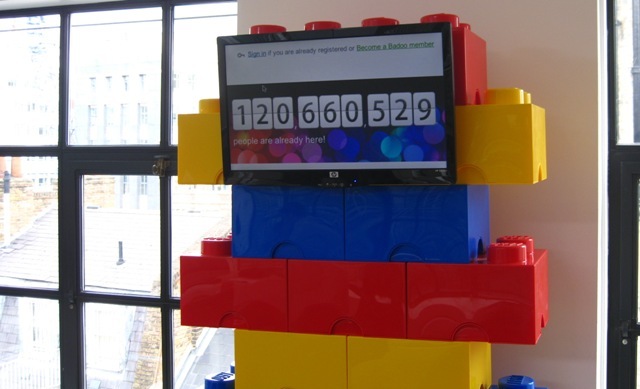 Google+, Facebook and Twitter may be stealing all the social media headlines, but there’s still a lot going on elsewhere in the social sphere.

The big debate lately has been whether Google can out-manoeuvre Facebook to EVER become the number one social network. There’s an argument that Google+ may actually be more of a threat to LinkedIn as a social network for businesses and professionals, and that Google+ can co-exist quite peacefully alongside Facebook.

With over 200m users, Twitter was naturally brought into the equation too. But the general consensus is that it’s sufficiently different enough from each of the above to sleep easy for the time being.

The key point to glean from all this is that different social networks serve different purposes. For microblogging, there’s Twitter, whilst Facebook is where you keep in touch with friends. And LinkedIn is best kept for business acquaintances. Google+, on the other hand, seems to straddle a line somewhere between Facebook and LinkedIn and it’s too early to say on which side it will eventually fall.

But to focus solely on the usual candidates would be doing a massive disservice to the plethora of other social networks. For video, there’s YouTube and Vimeo; for VoIP communications there’s Skype; and for blogging you can take your pick from the likes of WordPress, Tumblr, LiveJournal and countless more.

These are all names you’ve heard of though because they’re big globally. Elsewhere in the world, other social networks rule the roost, such as Orkut in Brazil, Gree or Mixi in Japan, RenRen in China and Vkontakte in Russia. These social networks are huge in their own right, but are largely popular in small, concentrated pockets around the world.

The birth of Badoo

Badoo was launched in London in 2006 by Russian serial entrepreneur Andrey Andreev. His other ventures include SpyLog, Begun and Mamba, the latter of which is a Russian dating site from which Badoo evolved.

In early 2008, a Russian investment firm called Finam ploughed $30m into Badoo, in return for a 10% stake in the social network. This investment was extended to 20% in 2009.

Badoo operates a freemium model – it’s basically free to use, but users ‘pay for prominence’, parting with a small sum of money to receive a promoted status. Despite many rumors that Badoo was to file for an initial public offering (IPO) and go public, this hasn’t yet materialized, though it has been acknowledged this could happen some time in the future.

What exactly is Badoo?

Badoo’s ethos is encapsulated by its strapline: ‘meet new people’. It’s like Facebook, but for people who’ve never met.

If you’ve heard of Badoo before, there’s a good chance you associate the social network with dating, but this is an image the company is feverishly attempting to rid itself of, and it’s easy to see why. There’s two reasons.

Firstly, whilst online dating doesn’t have the same stigma that it once did, it does still have some negative associations. And secondly, not everyone is necessarily interested in dating – some people simply want to meet new people. By widening the site’s scope, this will naturally lend itself to attracting more visitors.

A look inside Badoo

When I visited Badoo’s HQ in London’s Soho, it was seemingly designed with innovation in mind. The bright, breezy set-up that’s home to 80 employees looked like the home of any young startup, with leather sofas, a reception desk that doubles as a soft-drinks bar (it even had sparkling water on tap) and a giant Lego tower to house the company’s real-time member counter:

But when I sat down to talk brass tacks with Lloyd Price, Badoo’s Director of Marketing, the issue of Badoo being much more than a simple dating website underpinned much of the discussion.

As a Badoo ‘noob’, I certainly had no major preconceptions about the platform, other than I’d heard it was supposed to be a social networking site for people looking for romance. However, I was assured otherwise by Price.

Whilst dating clearly does play a big part in the Badoo ecosystem, the premise that people might simply want to hook up with other people for non-romantic ties surely isn’t that ridiculous? The idea is you rock up in a new area – either on holiday or on a permanent move – you log-in to your Badoo account and connect with others in the area. It could be for drinks, dancing or a game of 5-a-side football.

That said, the whole look and feel of Badoo does seem very dating-oriented, though that could be due to years of conditioning through exposure to late-night chat-line adverts on TV. For example, part of its marketing mantra states: ‘Chat, flirt, socialize and have fun!’ Okay, it’s not overtly about dating, but it certainly leans more towards a candle-lit dinner for two than a game of football with the boys.

Furthermore, the tiled photos on the Badoo homepage are a little varied in terms of age and demographics, but they’re generally still very ‘pouty’ and ‘posy’.

Badoo may not be a fully-fledged dating website, but as with any venture, first impressions are everything. It’s easy to see why many people think that it deals in dating.

To really get into the heart of what Badoo is requires a little more digging. One of Badoo’s key differentiators from other similar sites is that it’s very much geared towards people meeting other people in their area. It’s not designed for people sitting at home on their laptop to send seedy snippets to strangers – though I’m sure that does go on.

Badoo has dedicated mobile apps for Android and iOS, so GPS functionality can kick-in to automatically identify other users in the area.

This is where Badoo has actually been quite clever in merging social networking, online dating and location-based services to solve what surely must be a major problem for millions of people around the world: How can I meet people nearby quickly?

Badoo developed a Facebook app last October too, and get this – by February this year, the Badoo app was the third most popular app on the whole of Facebook, behind the mighty CitVille and FarmVille:

However, its Facebook app reportedly lost 75% of its unique users in April, falling from around an average of 5m daily users, to under 2m. The reason? It seems that Facebook was applying pressure on Badoo for its app to be ‘less viral’. As Inside Facebook noted at the time, Badoo  used “aggressive viral tactics such as placing roadblock in the user experience for users who weren’t sharing their quiz answers to the walls of friends.”

The app required users to answer questions about their friends, but there was a tiny pre-checked box stating that their answers would be posted to that friend’s wall. When the box was manually unchecked, a pop-up roadblock with leading language asked whether they wanted to “Let friends know!” or “Keep them ignorant”. Whilst these helped drive usage of the app, it seems it also attracted Facebook’s attention and Badoo was subsequently sked to change the app.

Even so, at the time of writing, Badoo’s monthly average user rate still sits at around 32m, and is now the seventh most popular app on Facebook.

Apps aside, it seems there are many potential non-romantic use cases for such a platform, such as solo travelers looking for a bit of company in the evenings whilst passing through town, or people who have recently moved to a new city or neighborhood and are finding it hard to tap into the local scene. If Badoo’s numbers are anything to go by, then there are certainly many people that agree with this assertion.

Badoo’s meteoric rise is causing a bit of a stir. The social network has pretty much doubled in size on every front in the past 12 months.

Today the social network has 121m signed up members in 180 countries, a turnover of over $100m and a global head-count of 200 people who speak 25 languages. For last year’s figures, you can simply divide these numbers by two.

If you’re looking to delve even deeper into the company’s stats, consider these. At the time of writing, Badoo is securing 115,204 new users each day, and almost 700,000 users are online at any given moment. Throw into the mix the 1.4m photos and videos that are uploaded daily, this is clearly a major website we’re talking about here.

As with other social networks, Badoo has mixed fortunes depending on where you look around the world. But it’s the fact that it has over 120m users despite never really cracking the Anglo-Saxon market that is the interesting point. Social networking sites such as Vkontakte in Russia and RenRenin China are massive in their own right, but that’s only because their respective countries of launch have huge populations.

Badoo is particularly popular in Latin America, where Brazil is its top performing country with well over 15m users, whilst Mexico has over ten million signed-up members. It’s also popular in France, Spain, Italy many parts of Eastern Europe and in Africa too. But the company is headquartered in London, England and it has one eye on cracking the UK and lucrative US markets.

Badoo is on the verge of hitting the magic 1 million members mark in the UK. Facebook has 30m users in the UK, so it’s a long way from putting a dent in its market share.

But it won’t need to, just as Twitter, LinkedIn, Google+, YouTube and Skype serve a specific purpose that doesn’t encroach on the territory of the others, Badoo has found itself a little niche in the social sphere. Whether it really takes off into the stratosphere remains to be seen.

Read next: Does sex sell? Reebok might be surprised to find that isn't always the case