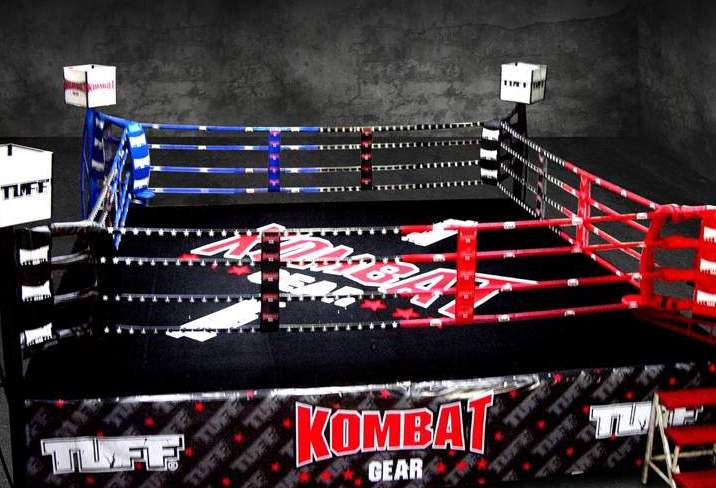 The all-conquering, indestructible Facebook was brought down a peg or two last week when Google finally produced the goods and unleashed an almighty sucker-punch that may well end Facebook’s reign at the top of the social tree.

Unless you’ve been hiding under a rock these past ten days, you will of course know that I’m talking about Google+. Given that it’s currently in private beta mode, you may not have used it yet. And if you’re lucky enough to have received an invite, then there’s a fair chance you’re still feeling your way around, figuring out what does what and how it can benefit your life.

So Google+ is still very much in its infancy and only time will really tell how it will fare in the long run. But from what we know about it so far, and the interesting turn of events that have taken place over at Facebook Towers these past few days, it really is worth taking a backwards step and assessing the situation for a second.

What Google’s up against…

Speculation has been rife for a while that Facebook is about to pass the 700m users mark. And at Facebook’s ‘awesome’ announcement event on Wednesday, Mark Zuckerberg revealed that figure to be 750m. Facebook has blown most of its direct competition out of the water. Remember MySpace and Bebo? You can now log-in to both these portals using your Facebook credentials.

But hey, Facebook needs little introduction, right? Hot on the heels of the unveiling of Google+, Facebook this week

announced the launch of Video Chat with Skype. Whilst it didn’t come as that big a surprise to those who follow these kind of things, this was a major development for Facebook, Skype and Google.

That said, Google+ has an integrated group video chat service called Hangouts, and Facebook’s video chat tool doesn’t have a group chat facility. On paper, this looks as though Google+ wins, and that may turn out to be the case. But only time will tell whether people actually want to group chat with their contacts or not. I suspect this extended video chat functionality won’t be all that missed on Facebook.

A plethora of analysis and point-by-point scrutiny has taken place already in light of all the developments at Facebook and Google in recent days, and it’s important that what has been written already isn’t regurgitated. We’ve already written about ways that Facebook can compete with Google, and this has been counteracted with features that Google+ is still sorely lacking.

But as the dust settles on what has been a turbulent ten days, two questions still linger: is Google+ a pretender, or is it a serious contender to Facebook’s heavyweight crown? And should any other social networks be overly concerned?

The results are in…sort of

It’s still VERY early days, but we did a preliminary survey to garner an initial consensus on Google+. The results were strongly in favor of the new social network, with 90% saying that they ‘like’ it, three-quarters believing it would succeed and two-thirds saying they prefer it to Facebook.

Whilst the sample was a small one (1,000 people), and the users so far may not be entirely representative of the wider population, it is at least indicative. Early adopters and technology fiends are no slouches when it comes to criticizing new releases – whether that’s an operating system, a mobile phone or, indeed, a social network. So it’s safe to say that Google at least has a strong contender on its hands.

In an interview with The Next Web a fortnight ago, Michael Birch, founder of Bebo said that he felt someone would eventually catch up with Facebook, whether it was in our lifetime or not he wasn’t sure. But he then hit on a key point

“They won’t catch up in the sense that a new Facebook will come along, they’ll have to approach it from a totally different angle and outflank them. Twitter, in some ways, has managed to outflank Facebook. It’s different, and that’s why it works. If it happens again, it’ll have to be something unique.”

As Birch says, any genuine contender must outflank Facebook and NOT attempt to replicate what it has done and is continuing to do, and this is something Google knew only too well.

Google simply couldn’t play Facebook at its own game – Zuckerberg and Co. have far too much traction already in the social sphere.

Facebook works because everyone is on it – social networks wouldn’t be nearly as effective if everyone used different platforms. Can you imagine keeping up with friends across Facebook, Bebo, MySpace, Friendster, Orkut…and more? Whilst there has been some crossover points between these networks in the past, Facebook has moved into an entirely new dimension because everyone is now using it, dropping its predecessors like old rag-dolls in the process.

Twitter may have been operating in the same ball park as Facebook for the past few years, but it never really has been in direct competition with it – they’ve occupied different spaces on the pitch. They’re very different platforms aimed at different user-bases.

The early indicators point to Google outflanking Facebook in terms of the features its new social platform offers. Crucially, it isn’t attempting to replicate Facebook, but it is attempting to operate in the same space. And that’s a key difference here and is why Zuckerberg knows the ante has well and truly been upped.

Let’s not forget that it was only a couple of months back that Facebook was caught in the middle of a PR scandal, when it hired a firm to pitch negative stories about Google. And the reason it done so, apparently, was because Google was attempting to use Facebook’s data in its own social efforts.

So, it certainly seems that Facebook is at least a little scared.

Before we all help Mark Zuckerberg unfurl his (blue and) white flag, there’s a few things we really shouldn’t forget: Facebook is absolutely gigantic. Sure, it isn’t Google-gigantic, but it’s still pretty damn huge. As a private company, its official figures are still kept under wraps, but its turnover last year was thought to be in the region of $2bn.

Despite its size, it has managed to remain pretty nimble and innovative – it was only last year that Fast Company declared Facebook the most innovative company in the world. And I’ve written before about how Facebook is still a startup in many ways – something that Zuck himself stated on Wednesday – in terms of the company culture, how it’s growing and how it doesn’t stop trying new things.

This is what could save Facebook – it’s slicker and it’s faster on the draw. The company’s ‘move fast and break things’ philosophy is needed more than ever if it’s to stay ahead of the game. Of course it’s still the forerunner in social, but it knows a Google dust-cloud is gaining momentum.

There’s little question that Google+ will begin to gain a lot of traction in the social market, but does there really have to be a winner between it and Facebook?

We recently wrote about the top twenty brands on Facebook, and between them they have something like 350m fans on the social network. Facebook has worked hard to properly commercialize the platform, and brands are buying into it in a big, big way. Starbucks receives over ten times more visitors to its Facebook page than it does to its website each month.

And it’s unlikely that Facebook users will desert the social network in their droves to populate Google+, certainly not any time soon. And that is what would be required for Facebook to really start feeling the heat – if there’s people using it, brands will be all over it.

So I’m going to introduce another facet to the debate. Facebook and Google+ can probably coexist in the same space. But what about LinkedIn

It seems to me that Google+, from my initial tinkerings, may actually lend itself better to the professional social world than to the consumer one. For that reason, I’m going to posit that LinkedIn may well be quivering in its little post-IPO boots.

LinkedIn has been a great tool for many, but it really has failed to innovate since it was launched way back in 2003. I’ll stop short of saying it’s stagnating, actually, what the hell, LinkedIn is stagnating. It has run out of ideas and really doesn’t know how to advance the platform, despite it having over 100m users. It’s ripe for the taking, I’d say.

No serious contender has mounted much of a challenge to LinkedIn and it almost seems to be resting on its laurels, which is why Google+ could well go for the LinkedIn jugular.

LinkedIn doesn’t have any integrated real-time chat facility, something that’s surely vital these days for any social network? Facebook and Google are both striving to make all social activity take place within the platform, with LinkedIn there’s still too much third-party platforms required to properly network.

Moving forward, Google really, really has to open up its social platform to Google Apps users – something it has said it will do eventually. And a Google+ for business is also scheduled for release later in the year too. When this happens, and the platform is launched for one and all, LinkedIn’s fate could be determined pretty swiftly.

It really does all make sense now. In many ways, Google was the only likely candidate to ever mount a serious challenge to Facebook. Google already had the user-base and a sizeable traction online – it’s the number one digital company in the world. Google has been prowling like a lion, waiting for the right moment to strike. And with Google+, its claws are out and you can almost sense a momentary wince from Facebook. But this should be fleeting.

Within a week of Google+ launching, Facebook announced a number of new features which really upped its own game too. And with rumors of a link-up with Spotify on the horizon, it will have plenty more tricks up it sleeve to help tame Google.

You’ve probably heard this paradox before: what happens when an irresistible force meets an immovable object? I’ve a funny feeling we’re about to find out.

Read next: Ever wondered what a dog on helium sounds like?