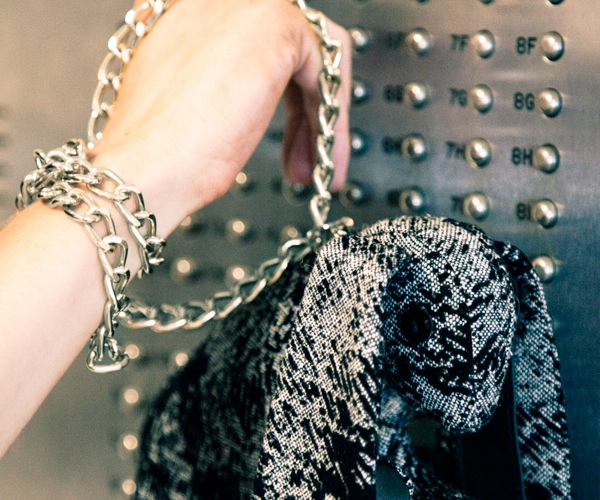 Of a Kind, an NYC fashion start-up is harnessing the viral power of Tumblr to become the world’s first e-commerce platform of its kind.

The company commissions designers to create limited-edition, exclusive “5, 10 or 50 of a kind” pieces. The site then releases each piece, one at a time, promoting it with a story. What makes them particularly special, is that they’ve chosen to stream all of their content through Tumblr, essentially becoming the world’s first online Tumblr store.

Why would a fashion start-up want to use Tumblr?

“We’re bringing our product to a place where are customers are already sharing things they love. I think Tumblr lends itself really well to the distribution of visual content. There’s a rabid fashion following on Tumblr. And it targets early adopters,” explains Claire Mazur, one of the company’s two co-founders. Essentially, Tumblr is their content managing system, but it’s only one of three layers for the site. All of their content is stored in a middle layer should anything ever go wrong with Tumblr.

In addition to using Twitter and Facebook as traditional marketing and social networking tools, Of a Kind has linked up with vYou, which recently made our list of 20 NYC start-ups you need to know about. vYou is a video-based social network, giving Of a Kind the opportunity to use it as a personality rich customer service tool. “We are bringing retail and editorial together in a unique way. People want to know the stories behind the products they buy and we want to provide those stories,” says Claire. Each piece of limited edition merchandise is complemented by refreshingly intimate editorial content. The personal author bios are great. For example, the Ernie Bunny Bag creator is named Mandy. Of a Kind isn’t asking you to friend Mandy on Facebook or follow her on Twitter, which is probably a huge relief to Mandy who’s busy sewing bags. But I do know that Mandy likes to shop at Bond Street Chocolate, drink Bloody Marys at Prune and order coffee from Bluebird, which is valuable information and I didn’t even have to friend her on Foursquare.

Simply put, Of a Kind founders Claire Mazur and Erica Cerulo are looking to enhance the e-commerce experience by combining storytelling and exclusivity, and latching onto the power of a viral, rapidly tumbling web tool.

Read next: Microsoft drops the seventh developer preview for IE9, claims it to be the world's fastest browser