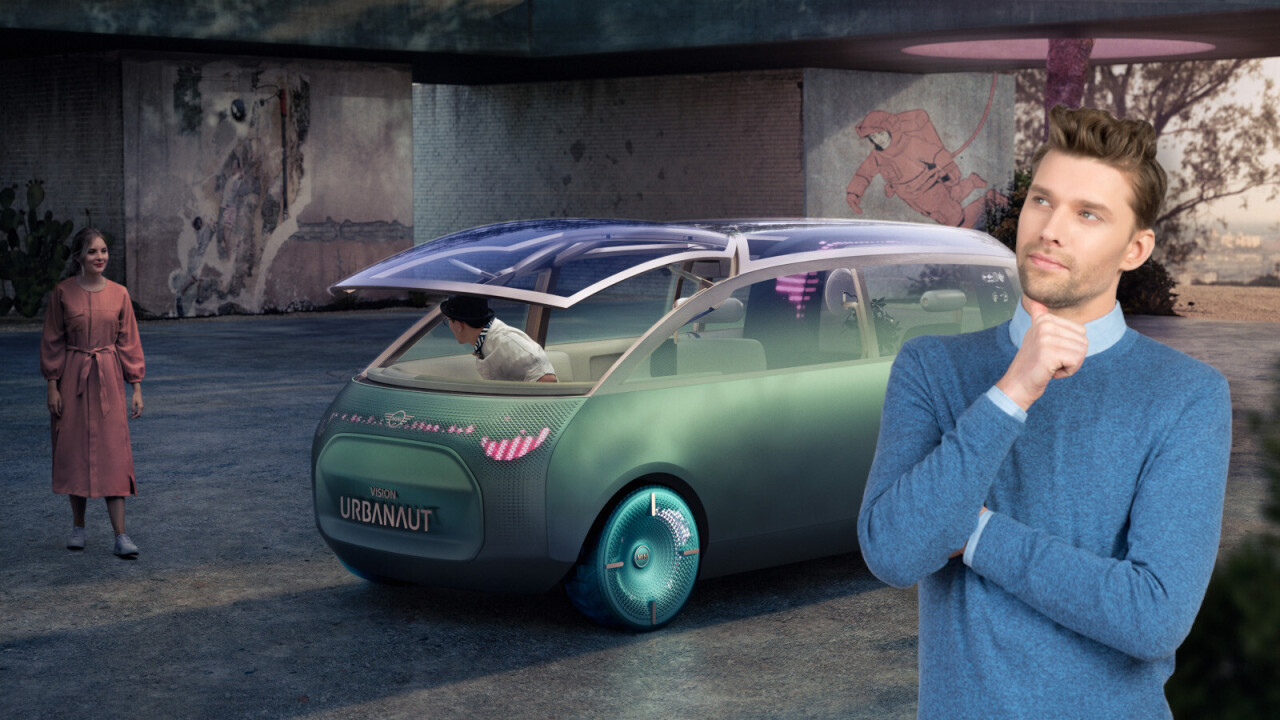 Even though concept cars don’t always get made, they sometimes provide a glimpse into what car brands think the future will be like. In the case of Mini, it thinks the future is all about using space efficiently.

Earlier this week, the Anglo-Germanic marque unveiled its Urbanaut concept. To put it bluntly, it’s a Mini van… I’ll see myself out.

Seriously though, Mini’s Urbanaut represents a totally new direction for the brand and on the surface is decidedly un-Mini.

Let’s not spend too much time analyzing its appearance, because well, it follows the futuristic standard of smooth lines, lots of glass, and wheels that would be a nightmare to keep clean. It’s also electric and autonomous.

Classic Minis were always known for being small, and used a number of clever design features to achieve that efficient use of space. However, according to Adrian van Hooydonk, BMW group’s head of design, Mini has actually always stood for “clever use of space.”

I guess we better let Mini off the hook for making a van that’s unusually large for a brand whose name has been built on the back of small cars.

In the case of the Urbanaut, the “clever use of space,” is all about what Mini does with the vehicle’s interior. “With the Mini Vision Urbanaut we have been able to rethink and increase the usable surface area inside the car even further in relation to its footprint,” says Mini’s head of design, Oliver Heilmer.

For want of better words, they want to create a Tardis. A vehicle which is bigger on the inside than its external dimensions would suggest.

So, on to the interior. Inside the Urbanaut you’ll find a space which Mini says can provide passengers with moments of chill, wanderlust, and vibe… apparently.

What that really means is that the inside of the Urbanaut is space to relax, work, or explore the world from.

The two front seats can rotate to face a bench seat in the rear, and the dashboard can even lower to transform into what Mini calls a daybed. Like many multi-purpose family vans of the past it opens to the world using a large sliding door on the side.

In fact, the Mini Urbanaut is in many ways a reimagining of classic day vans, like the VW Bus or Chevrolet Astro, but with a bunch of futuristic twists and a splash of Mini’s classic quirkiness.

Let’s sip from the cup of reality for a second, though, and recognize that this is not a real car, yet. It’s a CAD design and a bunch of ideas. Will it ever get made? Who knows. Mini bosses say they are “seriously considering it,” but not until 2027.

As cities and roads get ever more crowded, using space more efficiently is an absolute must. It’s naturally a good thing that Mini is aware of this and is trying to reinvent classic concepts for the future.

And well, everyone wants to live that #vanlife right now, so maybe if Mini does make this, it’ll go down a storm.