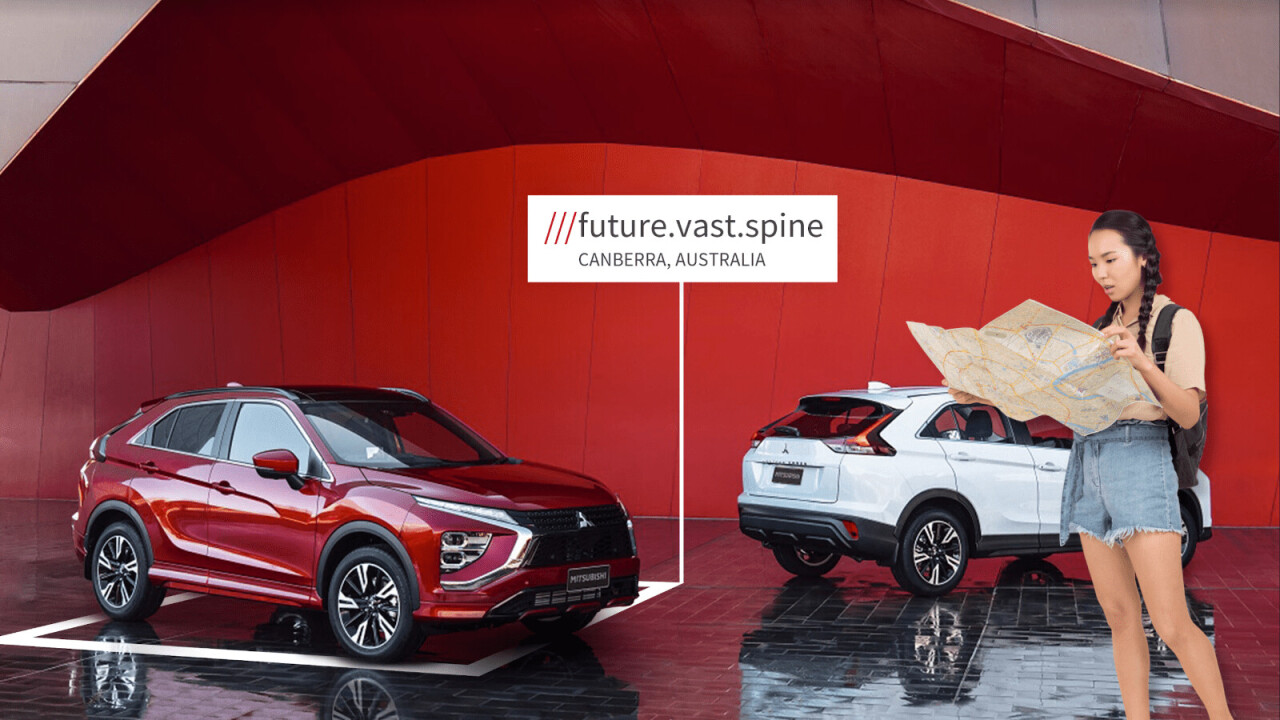 The Mitsubishi Eclipse Cross is going to be one of the first vehicles available to the public that lets drivers navigate by using just three words.

The Eclipse Cross that uses a TomTom navigation system also integrates with What3words meaning that drivers can set a location to navigate to by saying or typing three words into their satnav.

If you’ve never used What3words it’s simple concept, the company has mapped the entire world and split it up into three meter by three meter squares which are labelled with three words. Every combination of words is unique, making it very easy to navigate to a very specific location.

What’s more, Mitsubishi‘s system will be the first to offer the service offline, meaning no cell or data connection is needed to navigate — a boon for drivers that don’t have good cell reception where they live.

Our friends down under will be the first to get the tech with the new Eclipse launching this month in Australia and New Zealand. North Americans will be able to get their hands on it next year.

The news comes after a rather cagey announcement from HERE Technologies and What3words in October, in which the companies announced a partnership to bring the three word navigation option to a whole bunch of vehicles. HERE Technologies aren’t well known in the consumer market, but are responsible for four in five of the satnavs found in new cars, so it could have quite an impact.

That announcement didn’t include any information on what cars were likely to get What3words, though. Even after a few questions, HERE Technologies said that it would be working with partners on a “case-by-case” basis.

It’s also worth noting that TomTom and Here Technologies are not the same thing. TomTom first integrated What3words into its satnav platforms a few years ago bringing its three word navigation to Fiat, Chrysler, Peugeot, and Citroen.

As for HERE-based satnavs, we’ll still have to wait to find out what cars are going to get What3words first.